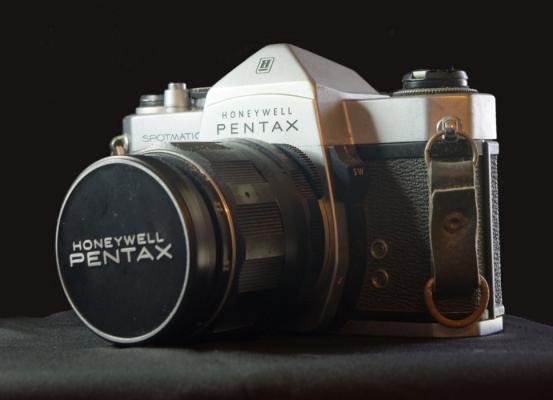 The trusty Spotmatic, I still have it, still love it

Nowadays it’s all about the acronyms, many of which I confess I’m still puzzling through and learning about, but in the beginning – my beginning – there was only one: SLR. A friend loaned a camera, its name long forgotten, that introduced me to apertures and shutter speeds, and I got The Itch to own one myself. Soon afterwards the trusty Spotmatic came into my life, and I learned to love the little match-needle in the viewfinder, the silky focusing, the reassuring soft click of the aperture ring. Advancing film rubbed a little callus that formed on the inside of my right thumb, I tried to learn patience waiting for the lab to return my film and when patience grew short I taught myself to load Paterson reels and performed the darkroom rites myself.

In time my days moved from graduate school to the production department of a small ad agency with a professional photographer in the building. He was a Pentax guy, too, and I soaked up as much as he was willing to teach me. I let him borrow my macro lens, he loaned me some of his gear, and we chuckled conspiratorially, good-naturedly, with the New Guy and his Nikons. Every once in a great while, they’d send me out, trusty Spotmatic in hand, maybe with a borrowed lens appropriate for the assignment, to shoot something for a job. A few of my frames slipped into ads, slide programs; life was good.

Then it wasn’t so good. A serious injury to my back curtailed most activity, and my photo buddy suffered a heart attack, retirement was obligatory. Job changes, family crises, a cross-country move with the trusty Spotmatic carefully packed against the day when I could rub that thumb-callus again, and years passed with only a few rolls of film passing through my camera. Over time, another Pentax film camera, then later a Pentax K-r, came into my life. But the trusty Spotmatic was the instigator, and I’m trying now to remember all it taught me. I don’t miss the callus but sometimes, distracted, my thumb still reaches for the film advance; I need to remind it that there’s no such thing on the K-r, it needs to make friends with the buttons instead. 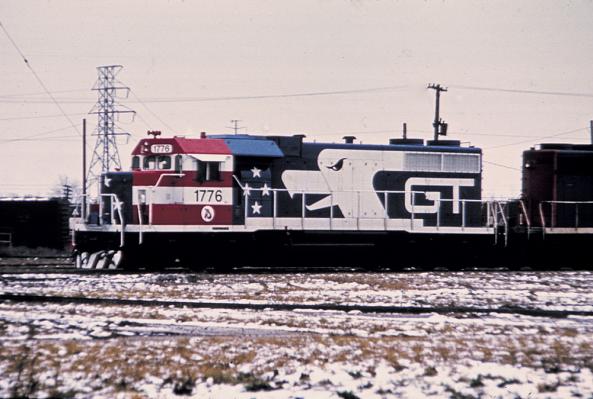 The Spotmatic in use… not much Ektachrome has survived nearly 40 years, but this image of the Grand Trunk Western Railroad’s engine 5808, rebadged as No. 1776 in its Bicentennial paint, was a “stealth” shot, captured in November of 1975 before GTW sent it out on the rails. This was my first published image; it appeared in RailFan magazine in 1976. (scanned from the original slide; for the railfans, it’s a GP38-AC). 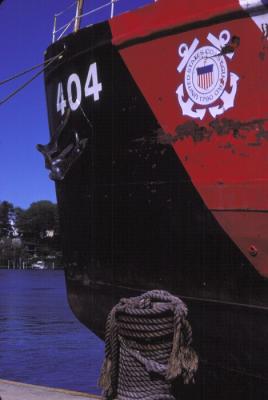 Kodachrome, happily, aged better. Another image, this is US Coast Guard Cutter Sundew, in Charlevoix,  Michigan, in the summer of 1975. Also scanned from the original slide.

The Power of Adobe's Lightroom