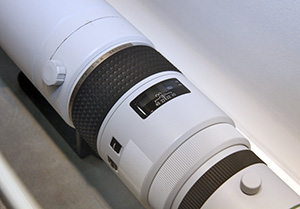 At the CP+ trade show we got to discuss the SMC Pentax-DA 560mm lens with some folks from the Pentax booth.  We learned that some technical specifications regarding this new lens are still being finalized, hereunder whether the lens will be screw-drive autofocus  or have a built-in focus motor, or both. Pentax is also still contemplating whether the lens will be marketed as a DA lens or as a DA* lens.  The AF/MF button on the side of the lens is leading us to believe that the lens will have DC or SDM autofocus, however, and the second button suggests the presence of a focus limiter.

We hope that screw-drive auto-focus will be retained for backwards compatibility, though time will tell. Pentax would not let us mount this lens on a camera nor did they do so themselves.

We find it wise of Pentax to have chosen F5.6 rather than F4 or F4.5 as the largest aperture. This makes the lens smaller and lighter, and much more affordable.  Plus, sigma already makes a 500mm F4.5 lens for Pentax for $4999. 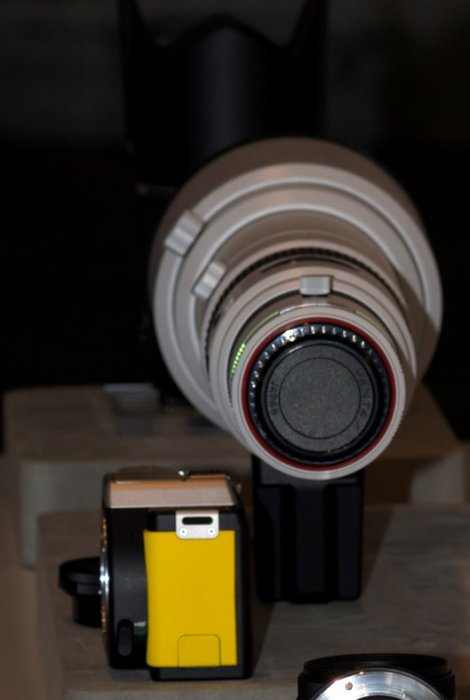 Based on this photo of the rear of the lens, it also looks like the lens will boast weather sealing, though as just about everything about this lens, this remains unconfirmed.

It also appears that the lens hood as well as part of the lens is collapsible, as illustrated below.  Pentax would neither confirm nor deny whether or not the lens itself collapses when we asked them about it at CP+, meaning that chances are that it's true. 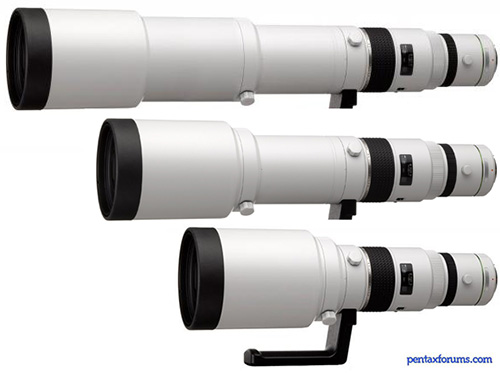 As is evident from the prototype here, the tripod mount doubles as a carrying handle and can be rotated for vertical shooting. It would appear that the quality of construction is like that of the FA* and A* lenses of the past.

In the photos below you can see the front element of the lens as well as the sliding hood design: 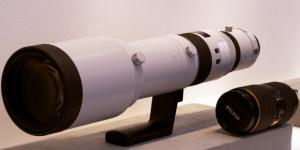