Photo and specifications leaked by member 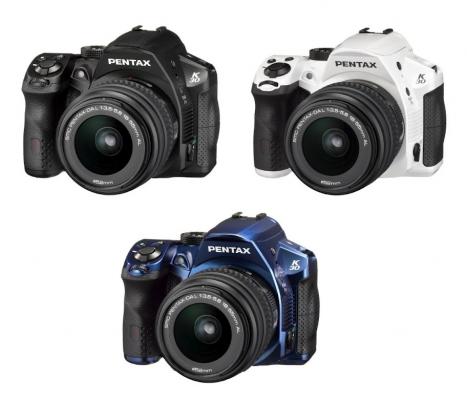 One of our forum members recently posted a leak from a French Pentax forum about the Pentax K30, which is rumored to be the new intro-level DSLR replacement for the Pentax K-r, or a mid-range camera succeeding the K200D.  This would seem to be the first rumor which is more than just plain speculation, as a credible photo of the camera has appeared in a French catalogue that has not yet been published.  Our sources indicate that the K30 will be officially announced early next week.

Update: the official announcement has now been posted.

The camera's name change may suggest a departure from convention, as this new Pentax is weather sealed, has additional external buttons, and has two e-dials: a first in an intro-level Pentax DSLR.  On top of that, it seems to have been redesigned quite significantly, meaning that this camera will be much less of a derivative than its two predecessors. Like the K-m/K-x/K-r, however, the Pentax K30 will not have a top LCD.

The preliminary Pentax K30 specifications are as follows:

The introduction of weather sealing in a budget DSLR body may make this camera a success.  We remain hopeful that it will launch sooner rather than later!

Discuss the Pentax K30 on our forum

Here is the original leaked photo of the K30: 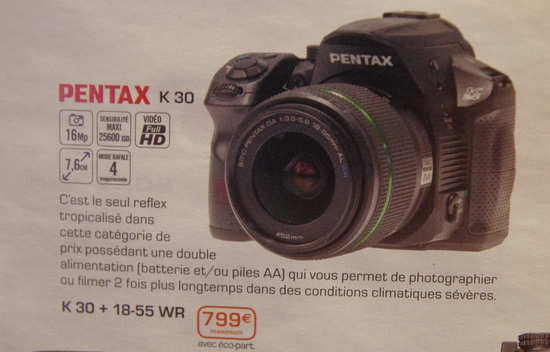