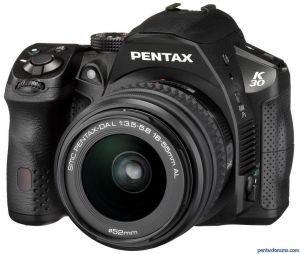 Amazon.co.uk seems to have prematurely listed the new mid-range Pentax K30 DSLR on their web site even though the camera isn't due to be officially announced until next week.  The listing was taken down a few hours after we noticed it.

This makes one wonder whether or not mistakes such as these are genuine mess-ups, or if stores are doing it on purpose to gain early publicity.  Earlier this year, we saw Adorama list the Pentax Optio WG-2 about two weeks before it was actually announced.

Another revelation that the Amazon listing made was that the Pentax K30 will start shipping on June 25, 2012 in the UK. The same is likely to apply in other countries. 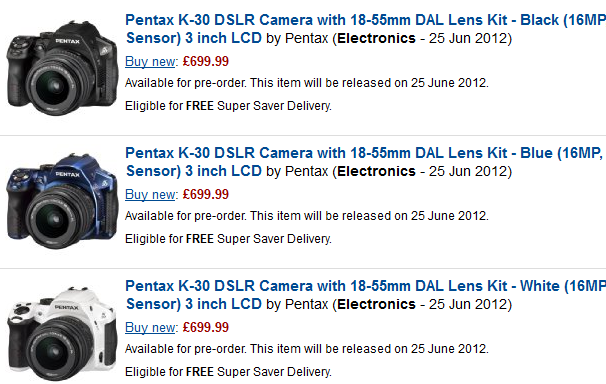 It's also interesting that based on the listing, Pentax will be selling the K30 with the DA L 18-55mm lens, rather than the weather resistant version.  For us, this is indicative of two things:

The K30's price in the rest of Europe, as mentioned in our original announcement, will be 799 Euros for a special kit with the WR lens and 699 Euros for the body only.

We suspect that the K30 will officially be announced early next week.  We will post the detailed specifications on our homepage as soon as the embargo is lifted.  For what's currently known about the K30, please visit our K30 homepage rumor post, or our K30 camera database