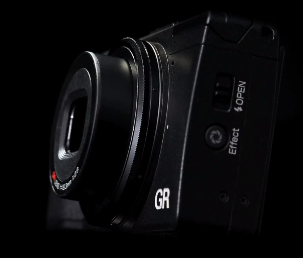 Pentax Ricoh have just posted a teaser video about the a new compact fixed-lens APS-C camera called the Ricoh GR.  Based on the video, it seems that this camera incorporates many design elements found on previous Ricoh GR cameras, even though in terms of specifications, it closely mimics the recently-launched Nikon Coolpix A.

Here are the key specifications of the Ricoh GR:

Ricoh claims that the GR is going to be the world's smallest APS-C digital camera; specifications confirm that it is smaller than the Coolpix A (by a hair).  Its body design resembles that of the earlier Ricoh GRD IV. 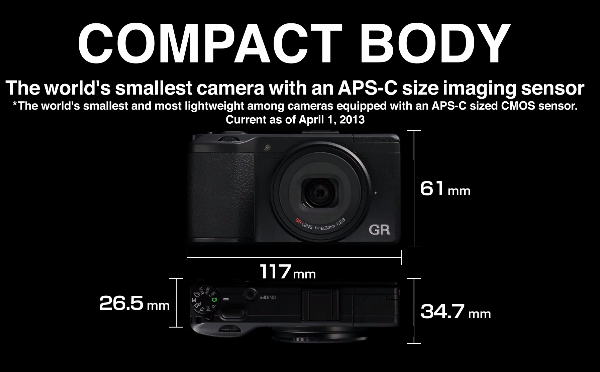 Like the Coolpix A's lens, the GR's lens has 7 elements in 5 groups.  However, the specified focal lengths of these lenses differ by 0.2mm, suggesting that the Ricoh lens employs an original design.  For those who think that a 28mm-equivalent lens is too wide, the GR will also offer a crop shooting mode corresponding to 35mm. 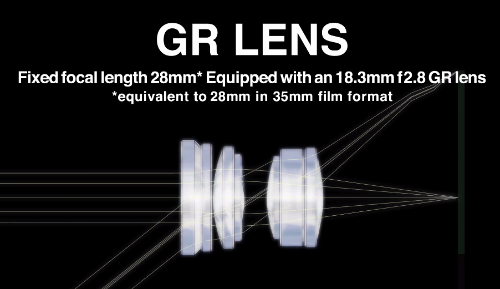 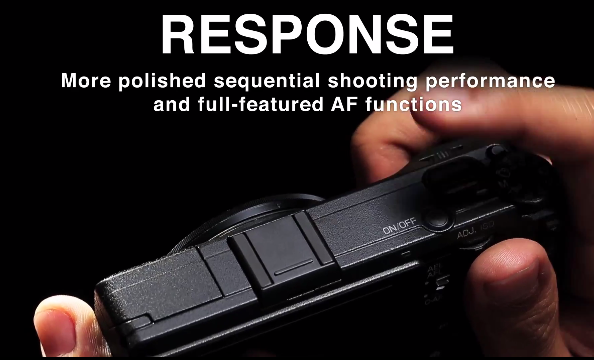 Like the Coolpix A, the Ricoh GR has no low-pass filter in front of its sensor; excluding this filter has recently become a trend in high-end bodies. 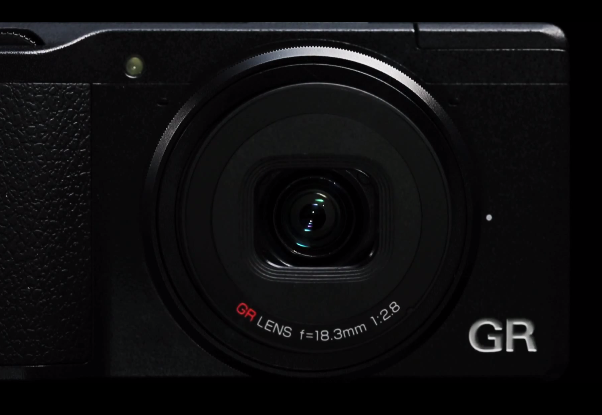 There is no evidence of any Pentax-derived features in the new Ricoh GR.  Rumors of the Ricoh GXR's discontinuation have recently surfaced, so it could be the case that this will become the new flagship camera from Ricoh.  We will offer an update once this exciting camera is officially announced!

Pricing information has not yet been revealed, though it is rumored that the GR to be available for around $800, considerably less than the comparable Coolpix A.