New rugged and waterproof adventure camera in the WG series

Ricoh has announced a new rugged and waterproof point and shoot camera, the Ricoh WG-80. This camera is the newest member of the WG series of fully waterproof adventure cameras, sharing many features with the currently still available WG-70, but with some updates in styling and features.

Ricoh Imaging is releasing a special Pentax K-3 Mark III Jet Black edition through the crowdfunding platform Ubgoe. The special limited edition model will also come with a matching DA 20-40mm F2.8-4ED Limited DC WR Jet Black. The release will cost 300,000 yen (roughly US$2,600), be limited to 232 camera and lens sets, and will only be available in Japan.

This limited edition release is the first of Ricoh's proposed six different special versions of the K-3 III, announced on November 27, 2021 at an online 'J-Limited' special event. The other proposed K-3 III versions were a model with a modified lighter action shutter release button, a model equipped with monochrome only sensor, a manual focus version, a gunmetal colored camera, and an astrophotography focused model. The Jet Black version was identified as receiving the greatest response from participants at the event, which probably led to this model being selected for the first actual release.

This release follows the announcement by Ricoh Imaging Japan that the Pentax brand would undergo a significant shift in its business strategy for the Japanese market. This shift will include direct-to-consumer marketing through online stores and outlets, an increase in direct contacts with customers (such as the above mentioned online event), and limited production run models offered through a crowdfunding model. This is all part of an announced "workshop-like" approach to manufacturing that will allow the brand to offer products more directly tailored to the preferences of the customer. It will remain to be seen what this plan will mean for the overall brand, both in Japan and worldwide, but the quick follow through on the plan with this Jet Black edition, and the apparent positive consumer reaction so far (the initial monetary target has already been exceeded at the time of this report) are promising.

On March 16, 2022, Ricoh Imaging announced the release of a new series of affordable binoculars: the Pentax Jupiter series. These four binocular models will feature multicoated large-aperture objective lenses, magnifications ranging from 8x-16x, and a design suitable for comfortable viewing of distant subjects such as wildlife, astronomical observation, or indoor events. 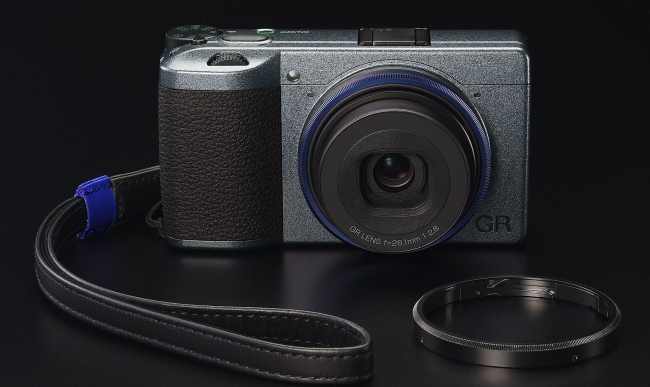 On March 9, 2022 Ricoh announced that a limited edition of the GR IIIx is to be released as a limited quantity kit in April, called the Ricoh GR IIIx Urban Edition Special Limited kit. The camera will feature a blue ring around the lens and the kit will furthermore include a matching strap and a black metallic hot shoe cover. The body will later become available separately without the dedicated strap special hot shoe cover (but still with the blue ring and metallic surface).

This new edition introduced some new features that will become available later for the original GR IIIx through a firmware update:

The list price for the kit in the US will be $1099.95, which is about $100 above the standard GR IIIx.  The camera is not yet available for pre-order.

You can find the complete specifications in our camera database.

Below is the complete press release:

On January 25 Ricoh announced a new member of the Theta family, the Theta X, a 60 MP spherical camera targeted at business applications.

The "X" is the first Theta to feature a touch screen (and a large one at that), which simplifies the operation quite a bit. 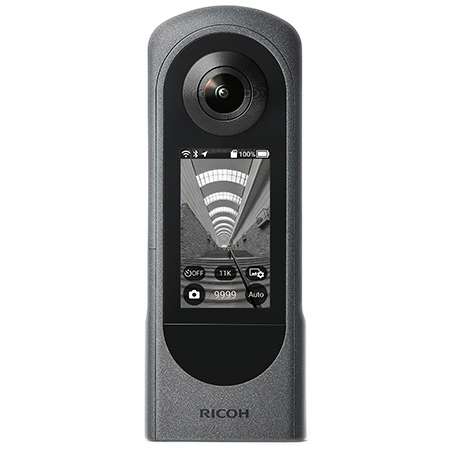 Some features have been downgraded compared to the current Theta Z1 flagship, whereas the mega pixel count has been raised to 60 MP, a touch screen has been added (most welcome), and more video modes are now available. Refer our database entry for details.

The latest in Pentax News and Rumors at PentaxForums.com. Pentax K-3, 645Z, K-50, Q system, and other updates will be posted in this section. Discuss Pentax News & Rumors on our forum.

Silly and hopeless... 1) "an increase in direct contacts with customers (such as the above mentioned online event)"- means NO DIRECT...

Looks quite elegant. Wish I could get one.

Looks like it is ready for use in the movies

It certainly encourages getting to know the button layout by heart :D I like it.

That is so pretty. I'd love one.