Major retailers running out of stock 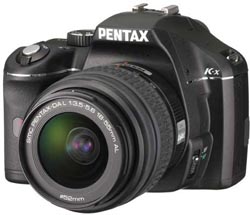 Earlier this month, Pentax Japan announced that the K-x as well as the K-7 were being discontinued.

This can now be felt over in the U.S., as major retailers such as B&H and Adorama have run out of all K-x stock and markedl the camera as discontinued.  Amazon still appears to have a handful of cameras left, but those won't last long. For those who are desperate, the K-x can still be purchased in ugly colors or a dual lens kit from the Pentax Web Store, for about $50 less than the K-r.

The K-7 remains readily available.  We believe that this is due to its lower popularity and shared design with the K-5.

This brings the list of available Pentax DSLRs down to 4: