Anything new hiding behind the glass screen?

One of our members (brendanpk) recently posted a photo of the Pentax booth in our CES 2012 discussion thread! 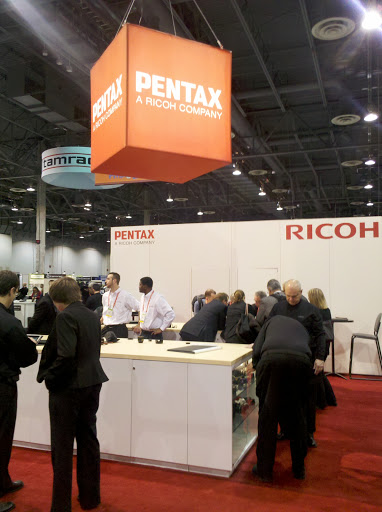 It looks quite similar as the booth at PhotoPlus, though hopefully it won't be as boring over the course of the next two days!

There have been talks of a mysterious camera spotted at the event, and considering that all the current Pentax DSLRs were released in 2010, a new body would be a welcome addition at this point.

Although this as well as a new K-5 firmware is expected at the event, nothing official has been published yet.

An additional recent development is that Pentax of Germany have uploaded a poster of all the Pentax SLRs from 1952 to present day on their Google Plus page, together with a comment that "it would benefit from some expansion."  Is something big coming?