and Pentax Q10 to be available in 100 different colors

By PF Staff in Pentax Announcements on Jan 8, 2013

The International Consumer Electronics show starts tomorrow in Las Vegas, and Pentax will be there with all their latest cameras and lesnes on display.  This is the largest electronics tradeshow in the US, though it's probably not as important to Pentax as the upcoming CP+ show in Japan, which starts on January 31st.  We will be covering the CP+ show live, with the possibility of a Pentax interview.

Could there be more at CES?  Given that the recent press release only mentions the above 3 things, we don't believe so, but you never know!  We think that more Pentax news will be announced at CP+.

As we've already covered the MX-1 in a separate article, let's take a look at the flash and the new Q10 color options.  On display at CES will be a AF 360 FGZ II+ flash concept, which is essentially going to be an updated version of the current AF 360 FGZ, adding swivel functionality in addition to tilting.  Many Pentax users have been complaining about the lack of swiveling in the current 360 flash, so this sure is welcome news!  Pentax expects this new flash to go on sale later this year; tentative specifications and photos have not yet been released. 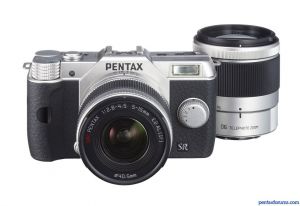 At launch, the Pentax Q10 was only available in silver/black and red/black in the US.  Now Pentax is giving customers the opportunity to special-order the Q10 in any color combination (there are 5 grip colors and 20 body colors, for a total of 100 possible combinations), which will then be produced based on your request.  Pentax is proud to announce this as an option, as no other camera manufacturer lets you do this.

Here's what John Carlson, US Sr. Manager of Marketing, has to say about this news:

"Offering the Q10 in 100 color combinations is a unique way for PENTAX to showcase its commitment to supporting photo enthusiast’s creative self- expression. Having the ability to customize your camera to match your mood, your alma mater or even your favorite sports team is an offering unequaled in the industry and we are happy to support our customers as they strive for new ways to express themselves.” 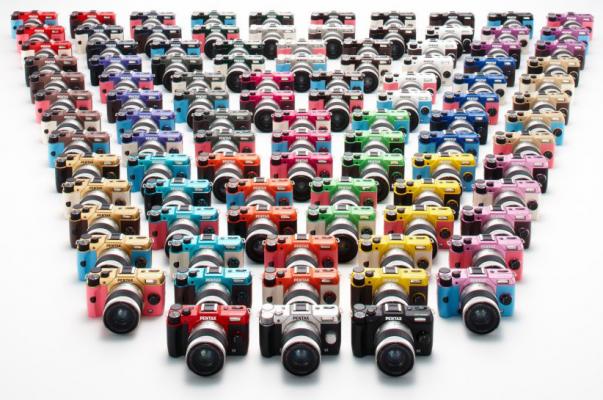 You can special order your Q10 directly from Pentax here.  The MX-1 is now also available for pre-order for $499.