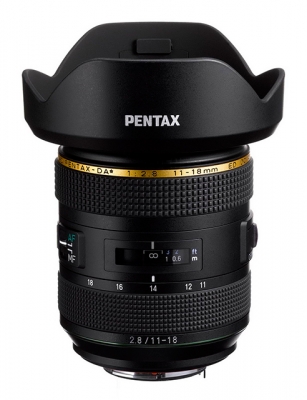 Ricoh Imaging has announced a delay in the production of the DA★ 11-18mm F2.8, an upcoming premium ultra-wide zoom for Pentax APS-C bodies.  The 11-18mm is now expected to launch in 2019.

A similar delay had pushed back the D FA★ 50mm F1.4 earlier this year, which was only just announced today and will finally start shipping in July.

Whatever the exact reason for this delay may be, it's clear that high-performance lenses such as these require a great deal of care and effort in terms of quality control.  Should any noticeable issues make it into production, the future of the lens could then be in jeopardy— something like this may have led to the early discontinuation of the 25mm F4 lens in the 645 mount.

Nevertheless, this news will surely annoy users who have been eagerly awaiting this lens, especially considering the slow pace of recent announcements.  The 11-18mm teaser was originally revealed in October 2017 and it was previously slated for a 2018 summer release.

More details on the delay can be found in the press release below.

We would like to present a progress report on the development of the HD PENTAX-DA★ 11-18mm F2.8 ED DC AW (tentative name), our next-generation, high-performance Star-series lens, whose development was first announced to the public on October 27, 2017.

Although it was initially announced that this lens would be launched on the market in the summer of 2018, we are pushing back the launch to a later date. We have determined that development will require a greater amount of time for us to achieve the exceptional performance and finest quality that is the hallmark of next-generation Star-series lenses.