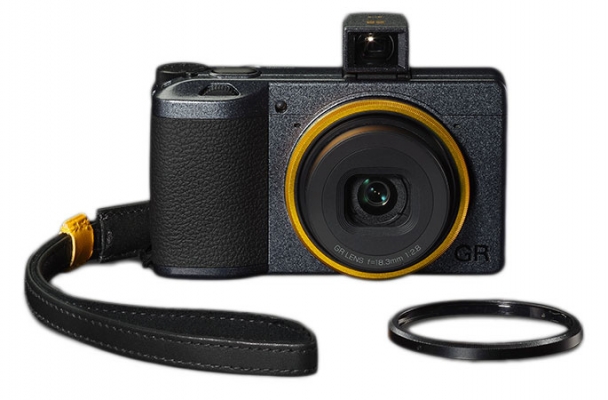 On June 11, 2020 Ricoh announced a new GR III kit dubbed the GR III Street Edition. The kit includes a dedicated strap and the GV-2 optical viewfinder in a special fiinish. Finally, a detachable ring around the lens is provided in the yellowish color matching the strap and the lettering on the viewfinder.

The camera and the viewfinder are finished in a metallic gray color. The kit will be limited to 3500 units.  In the US, the kit retails for approximately $1199 (only a slight premium over the standard GR III with the videfinder, which retail for $899 and $249, respectively).  The Street Edition kit is already available for pre-order:

The Street Edition version of the GR III will also be made available without the accessories at a later date. Both are scheduled for releast in the fall.

A new feature called the "Full Press Snap Feature" has been added to the GR III SE. This feature shifts the lens to a pre-selected focal point at the moment the shutter release button is fully depressed. Said focal point is selected by a touch on the LCD panel. This feature will later become available for the regular GR III through a firmware upgrade.

Learn more about all of the camera's other features in our in-depth review of the GR III. 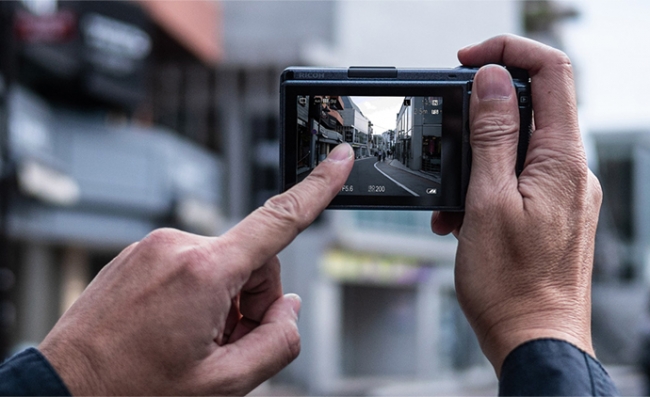 Ricoh has created a page dedicated to the GR III SE here.

TOKYO, June 11, 2020－RICOH COMPANY, LTD. and RICOH IMAGING COMPANY, LTD. are pleased to announce the launch of the RICOH GR III Street Edition Special Limited Kit. Available in a limited quantity of 3,500 units worldwide, this package combines the RICOH GR III camera body, finished in an original metallic gray color, with a compact, detachable viewfinder and a genuine-leather hand strap, both designed exclusively for this package.

The RICOH GR III Street Edition, a high-grade digital compact camera that doesn't include the viewfinder and the strap, is also scheduled to be launched in the autumn of 2020.

The camera body has been treated with an attractive metallic gray finish that symbolizes the personality of a street photographer actively engaged in photography on the asphalt pavement in the city. It's also accentuated with an orange-yellow ring encircling the lens barrel. The exterior finish features an elegantly grained texture created by repeatedly spraying droplets of a coating material onto the camera body. Although smooth in appearance, this special paint also helps improve camera hold.

The camera comes with a pair of exclusive accessories: a compact, detachable viewfinder featuring the identical metallic gray finish, and a genuine-leather hand strap. The viewfinder has the number 28 imprinted on its top panel to highlight the camera's angle of view, while the strap's stopper is finished in orange-yellow identical to the camera's lens barrel ring, to enhance the product image.

This camera allows the photographer to instantly activate the Full Press Snap feature* with a single touch on the LCD panel positioned on the camera's back panel. This feature shifts the lens to a preselected focal point the moment the shutter release button is fully depressed. It can also be assigned to the LCD screen positioned on the camera's back panel, assuring the photographer of flawless point-and-shoot photography to capture once-in-a-lifetime shutter opportunities. One of the strong points of the GR series, this feature comes in handy when taking snapshots on the street.

* This feature can be added to the standard GR III model by installing function expansion firmware, which is scheduled to be released after the time of the camera's launch.

When the camera's power is turned off, the camera displays an original termination screen consisting of the specially designed product logo and a street-view image that symbolizes the camera's "street snapshot" concept.