This new version has a removable lens hood

By PF Staff in Pentax Announcements on Jul 9, 2019 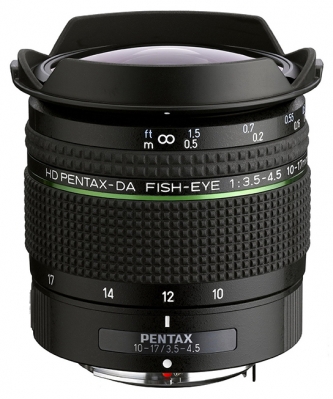 Ricoh has today officially announced the new version of the DA 10-17mm Fish-eye zoom, dubbed the HD Pentax-DA Fish-eye 10-17mm F3.5-4.5 ED. Like its predecessor, the SMC version, the new lens has internal focus (IF) even though the "IF" has been omitted from the lens name.

The new version has three material upgrades over the previous version:

The HD Pentax-DA 10-17mm Fish-eye is launching at $499.95 in the US and is already available for preorder (currently only listed at B&H photo):

The new lens with the hood removed: 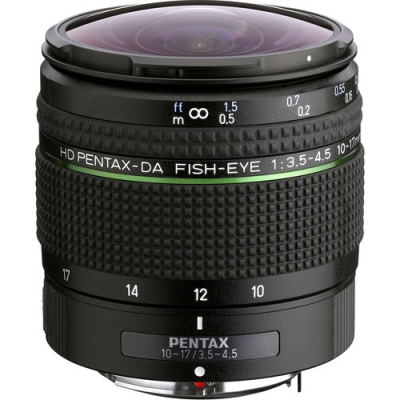 Ricoh has created a special site dedicated to this new lens. On that page Ricoh provides this example of the lens in use on a KP and a K-1 II, respectively (click image to enlarge):

As a DA-series lens, the 10-17mm is of course officially designed for use with APS-C cameras.

The new 10-17mm lens should hit the market on July 26, 2019. See our lens database for the full specifications.