Camera under development, scheduled to launch in 2020 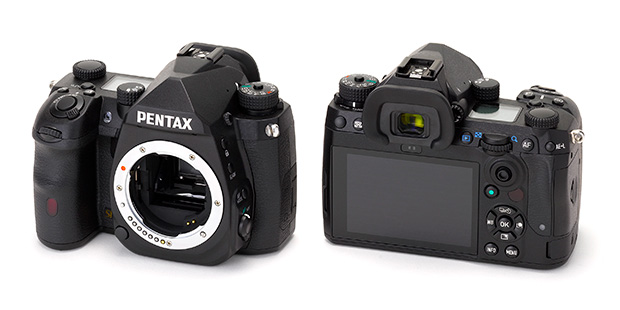 For the past many months, the Pentax community has been told by Ricoh representatives time and time again that a new APS-C flagship DSLR (i.e. a Pentax K-3 II replacement) was in the works, albeit without much concrete evidence.  Today, we are one step closer to having this camera, as Ricoh has officially announced that it will exhibit a prototype of a new DSLR, in less than two days' time, in Japan.

The prototype camera—pictured above—appears to be in its final stages of development, based on what appears to be a fairly complete design.  The camera has the traditional look of a Pentax DSLR with several new controls, notably a joystick and a sensor below the viewfinder.  It appears to combine the design of the K-3 with the added customization and dials on the Pentax K-1.  However, beyond this single photo, no further details about the camera have been released.  It is expected to launch in 2020, and is of course subject to change compared to what is currently shown.  Click on either thumbnail below for a larger view.

If you'd like to speculate about what this new camera may or may not bring, don't hesitate to leave a comment or sift through the discussion on the forum.

The K series digital SLR camera currently under development will be exhibited at the PENTAX fan event.

Notes:
・ The designs and specifications are identical to those first announced publicly about the camera's development, and subject to change without notice.