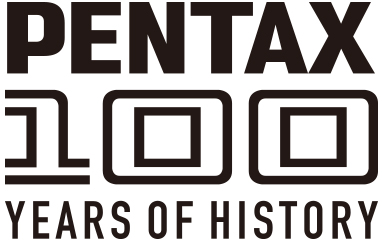 RICOH IMAGING COMPANY, LTD. is pleased to announce that, on November 27, 2019, it will celebrate the 100th anniversary of the foundation of Asahi Optical Joint Stock Co., the original manufacturer of PENTAX-brand products, which today include digital SLR cameras, interchangeable lenses and binoculars.

We would like to express our sincere thanks to our customers for their years of patronage and support for PENTAX-brand products; we also take this opportunity to pay respect to those before us who pioneered the development of SLR cameras, and who paved the way for the advancement of Japan's photographic industry. Our conviction is to continue to manufacture products that provide the fun of photography and the joy of using cameras, and to grow the family of PENTAX fans. From 2019 to 2020, we will organize a series of celebrative events such as PENTAX fan meetings,* while launching a selection of commemorative goods, both domestically and internationally. * The details of these events will be posted on the RICOH IMAGING official website as soon as they are finalized.

The first product carrying the PENTAX name was the ASAHI PENTAX, a film-format SLR camera launched in May 1957. The ASAHI PENTAX name comes from the incorporation of a pentaprism into the body of the Asahiflex camera series, which was being marketed as Japan's first single-lens-reflect cameras at the time. All cameras after this were marketed under the ASAHI PENTAX brand. In September 1977, however, we decided to change the brand to PENTAX, with the introduction of the PENTAX MV-1. In March 2008, Asahi Optical Co., Ltd. merged with HOYA Corporation, and continued its business as HOYA's PENTAX Imaging System Division, until RICOH COMPANY, LTD. acquired the imaging system businesses, such as cameras and binoculars, from HOYA in 2011. Today, PENTAX-brand camera and binocular products are manufactured and marketed by RICOH IMAGING COMPANY, LTD., which operates as a group company of RICOH COMPANY, LTD.

In commemoration of the 100th anniversary of the birth of the company which later created the PENTAX brand, we have designed a PENTAX 100 YEARS OF HISTORY logo, which will be used as a symbol signifying the strong bonds between PENTAX and its fans, mainly at upcoming commemorative events.