By PF Staff in Pentax Announcements on Apr 9, 2013 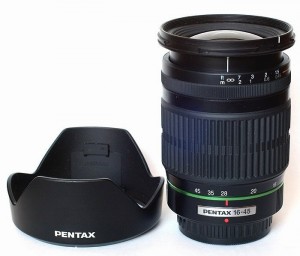 The Pentax 16-45mm F4 is leaving the current Pentax lineup.  Originally launched alongside Pentax's first DSLRs (the *ist D series), the lens has essentially been replaced by the Pentax DA* 16-50mm F2.8 and the DA 17-70mm F4 as alternatives to the cheaper 18-55mm F3.5-5.6 kit lens.  It was supposedly discontinued in late 2011 in Japan, but up until now we had not seen stock shortages in the US.

Even though the 16-45mm has been discontinued, it continues to be a great bargain for those seeking better image quality than the kit lens without spending too much money.  For more information about this lens, please visit our Pentax lens database.  The lens can be found used on our Marketplace for well under $300.