A letter from the president of Pentax in Europe

Last month, we joined forces with the spanish Pentax community Pentaxeros and wrote a letter to Pentax proposing that Pentax should expand the K-mount DSLR system by introducing a full-frame DSLR.  We also listed several reasons why doing so would be a good idea (below is a brief summary):

Below is the reply from Andre Dierickx, President and Managing Director of Pentax in Europe. 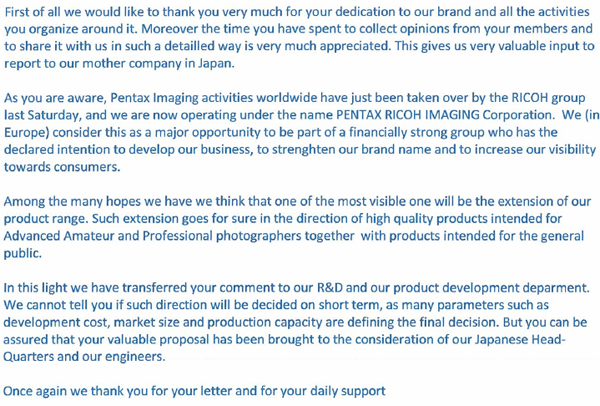 Although for the time-being all we can do is hope that Pentax have taken our suggestions to heart, we trust that the K-mount system will continue to evolve and introduce innovative features not only for the Advanced Amateur but also the professional DSLR market.