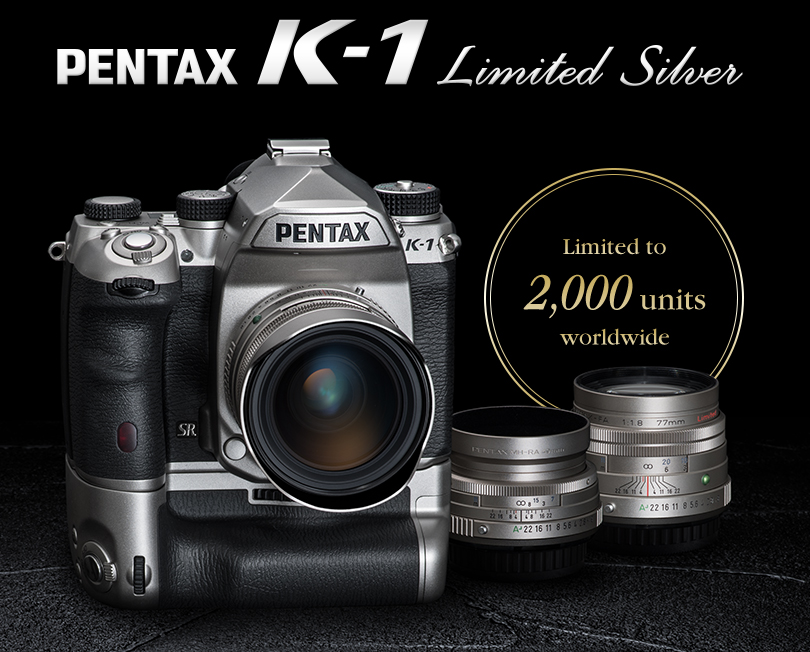 The Limited Silver edition of the Pentax K-1 is now official!  With worldwide production limited to 2,000 units, this special version of the K-1 full-frame perfectly complements the finish of Pentax's popular silver FA limited lenses.

In addition to the silver camera body, the special kit comes with a matching BG-6 battery grip in silver, a metal hotshoe cover with an engraved K-1 logo, a unique box, and an extra D-Li 90 battery (for a total of 2).  The camera comes pre-loaded with the latest firmware version (v1.41) but is otherwise identical to the standard K-1 in terms of specifications.

Pre-orders are already being accepted in Japan and in the UK at the local equivalent of approximately $2700 USD.  We will announce once the camera goes on sale in the US.  The camera is expected to ship on September 15th.

Note that this press release has been translated from the original version in Japanese. 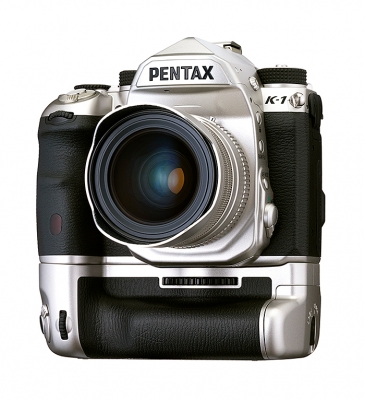 The PENTAX K-1 (released in April 2016) adopts a large, high-performance CMOS image sensor of 35.9×24.0 mm, and it has an ultra-high resolution of about 36.4 million effective pixels and excellent gradation reproduction. It is the top-ranking machine of our K series digital single lens reflex camera that realizes high sensitivity. The limited edition model is released in response to requests from many users wishing a perfect matching with the silver FA limited lens series.  We applied a luxurious silver paint to the camera body and battery grip. In addition, the camera comes with specially designed details, including a limited metal hot shoe cover with a logo attached.

Learn more about the Pentax K-1 in our in-depth review.