Supplies are starting to dwindle in the US 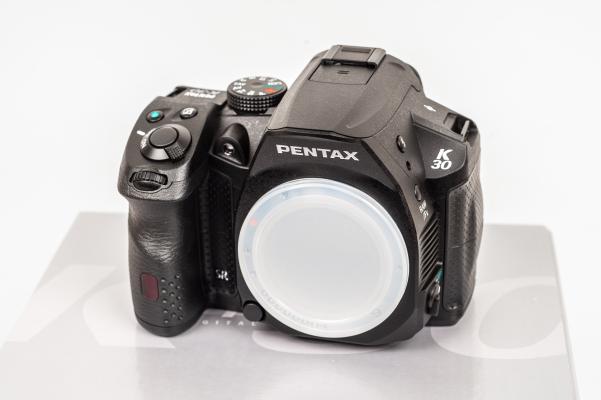 With the announcement and recent launch of the Pentax K-500 and K-50 entry-level and weather-sealed DSLRs, it was inevitable that it would only be a matter of time before the predecessor of these cameras, the K-30, would start to be in short supply.  The Pentax K-30 was originally launched last July.  As we say farewell to it, let's take a look back and see what made this camera so special!

The K-30 (like the K-50) can be considered an upper entry-level DSLR, though it was rather unique in what it offered.  Despite being targeted at beginners, this camera came with full weather sealing, dual control wheels, and a 100%-coverage viewfinder: features normally reserved for top-tier DSLRs.  Although originally not the cheapest among its competitors, it was the most affordable weather-sealed DSLR on the market until the launch of the K-50.

Thanks to these advanced features, in our comparative review of various upper entry-level DSLRs we found the K-30 to be the best fit for photographers primarily interested in stills.  While not cutting-edge in terms of video recording or otherwise ground-breaking, the K-30 was still an exceptional value for all that it brought to the table.  Even more importantly, it seems to have set a great precedent for the quality of future entry-level cameras from Pentax.

The fact that both the new K-50 and K-500 feature the same great viewfinder shows us that so far, Pentax have stayed true to their promise that all future DSLRs would feature 100%-coverage viewfinders.  The K-30's more-advanced control layout has also been retained.  In the long run, we feel that this is great news (for Pentax at least), as these two cameras fill a void in competing lineups, even if they're overlooked by most.

Over the course of the past several months, the K-30 has been on sale across the whole Internet.  Even though the K-50 and the K-500 have been launched for much less than the K-30 originally cost, the K-30 is still a better value at its current sale prices- so if you're interested in a high-performance DSLR, don't overlook it!

In our recently-posted in-depth review of the K-50, we found that virtually nothing had changed since the K-30 save the appearance.  For this reason we'd like to stress how good of a value the K-30 currently is.  While the K-500 will undoubtedly fall even lower over the course of the coming months, it is not weather sealed (unlike the K-30 and K-50), and it is also missing a handful of other basic features to justify the price reduction for the entry-level segment.

This week, a handful of K-30 kit options were marked as "discontinued" at B&H Photo in the US, and all K-30 kits have now been pulled from the Adorama web site.  The K-30 is also in short supply on Amazon, which features many of the best deals currently available on the camera.  With the price of the K-30 hovering in the high $400's to the low $500's, it's a better value then ever; whether you're looking to upgrade an older Pentax model or get your first DSLR, the K-30 could well be right for you.  Don't miss out on the fire sale before it's too late!

While it seems that the K-30 hasn't officially been marked as discontinued by Pentax/Ricoh, it is clear that the camera is being phased out.  This is also in line with the typical one-year product cycle Pentax uses for lower-end DSLRs.

To learn more about the K-30 as well as its successors, check out the following links: