Photos, details, and all the specs (overhauled AF!) 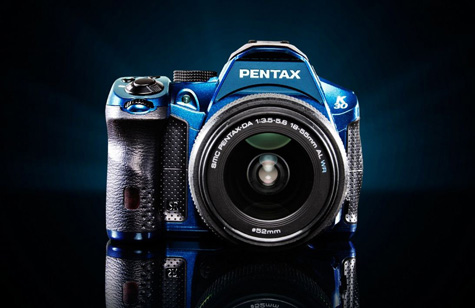 Now that the embargo on the new Pentax K-30 has been lifted, we are happy to be among the first sites to post a complete overview of this revolutionary new $849 DSLR.

The Pentax K-30 is targeted at the mid-range DSLR market.  As such, it's the first successor to the K200D, which ended up being one of the most popular Pentax DSLRs due to its good balance of features and value.  The K-30 can be seen as a K200D on steroids: it is weather-sealed, and while it has no top LCD, additional external controls (including a second control wheel) have been added to make it even easier to use, and it now supports AA's as well as a rechargeable D-LI109 battery.  Other new features since the K200D include an AF assist light, new shooting modes, a larger LCD, and a faster processor. overhauled 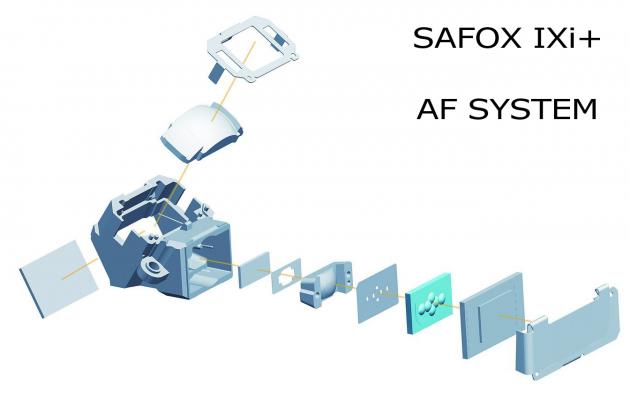 Figure: the overhauled AF system in the K-30

That's enough about the K200D, however.  What's important is that Pentax is reviving the mid-range line with an extremely powerful camera.  The K-30 features a vastly overhauled autofocus system.  Known as SAFOX IXi+, this 11-point AF system incorporates a diffraction lens to minimize chromatic aberration, factors in the light source at the time of shooting, and uses an overhauled algorithm to focus faster and more precisely than even the K-5.  Pentax is also including a new select-area expansion function for enhanced tracking of moving subjects, and promises improvements in "all areas", including focusing accuracy and speed.   Now, let us take a closer look at the specifications of the K-30.

As you can see, the K-30 inherits the processor and sensor from the K-01.  It's firmware has been improved, however, with many new features that we will touch on later. 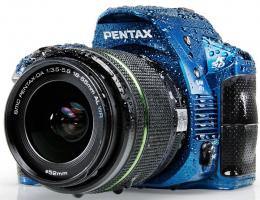 As always, the K-30 body-only will also be available for purchase. Below are links to pre-order the K-30:

Note that if you do so, you will be eligible for a premium account on PentaxForums.com.

The K-30 combines a classic DSLR look with unique touches here and there, including an extra-large grip and additional clearance below the flash.  Below are views of the front, top, back, and sides of the camera.  Click on each thumbnail to enlarge!

Notice the new U1 and U2 settings on the mode dial: the K-30 how has two easily-selectable custom shooting modes, in addition to the Sv and TAv found on high-end Pentax DSLRs.  Also, notice the presence of the AF mode switch, two e-dials, and RAW button.  The K-30 appears to be a fusion of the K-5 and K-r, with a few modernizations here and there.

The K-30 has a very large grip with additional padding to make it easy to hold.

The Pentax K-30 incorporates 81 weather seals to become coldproof (to -10 degrees Celsius), waterproof, and dustproof.  Below is a drawing that shows the seals: 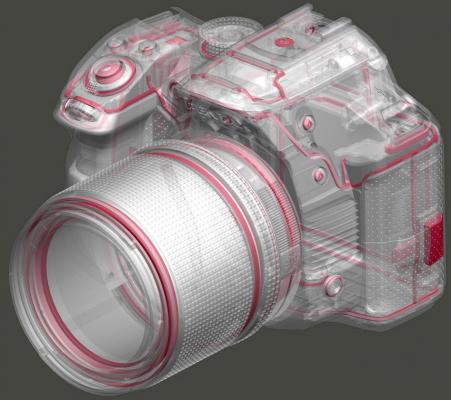 Other technology in the K-30 includes the new Prime M processor, which delivers lightning-fast instant review and playback and allows the K-30 to shoot higher-framerate videos.  The K-30 takes advantage of the Prime M to deliver 60 FPS in Live View, and it also incorporates a new focus assist function for easier manual focusing, and three optional grid display patterns.  This means that Live View will be even easier to use, and that it won't be as sluggish as in the K-5 and earlier cameras.

The K-30 has a clear glass pentaprism viewfinder with nearly 100% coverage, and 0.92x magnification.  Pentax states that the K-30 will furthermore support interchangeable focusing screens.

The sensor, which is the same as that in the K-5/K-01, has 16.28 megapixels and impressive image quality.  We don't know at this time whether or not 14-bit RAW will be supported, but we have a hunch that it won't (to make people opt for Pentax's upcoming APS-C flagship instead). 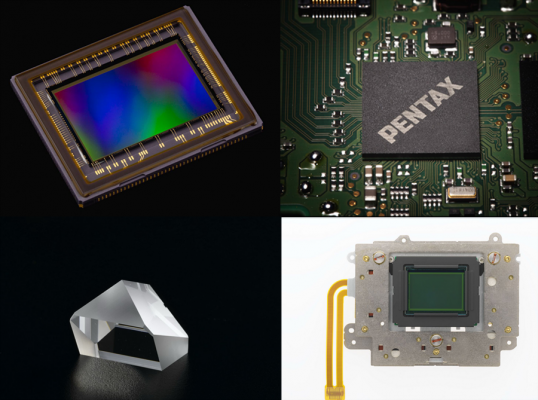 The chassis itself is not made entirely of metal (unlike in the K-7/K-5), but this will likely not make any difference in practice, except for the fact that the camera will end up being lighter.  It houses Pentax's original Shake Reduction mechanism that provides up to 4 stops of stabilization for just about any lens! 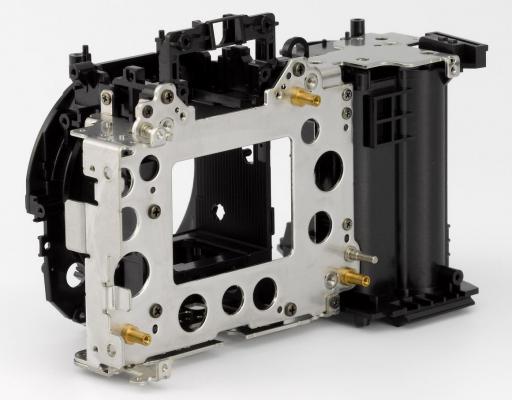 As mentioned in the specifications, the K-30 will come in three colors: black, white, and blue. 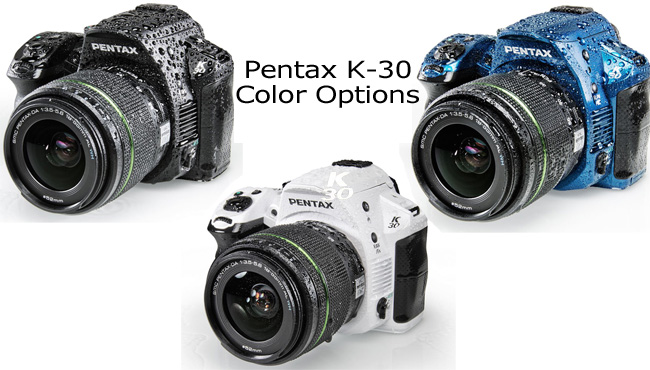 The K-30, like all Pentax DSLRs and compact cameras, will feature an automated Auto Pict mode, as well as a variety of scene modes with pre-configured settings.  It also supports the full lineup of advanced shooting modes, including M, B, TAv, Tv, Sv, Av, and P.  The two control wheels will come in handy especially much for users who rely on these modes rather than the automated scene modes.  P mode incorporates Pentax's unique Hyper Program feature, which lets you override either the aperture or shutter speed at any time while shooting, simply by turning a scrollwheel.  Pressing the green button after an adjustment has been made will return the program line to what the camera wants to use.

It seems that the K-30 has almost all the features of the K-5, which is great to see in a camera that's targeted at the mid-range market.  Pentax has confirmed that the K-30 will support the astrotracer feature when used with the O-GPS1 accessory.

The full K-30 specifications are currently live in our camera database.  Initial reports indicate that the K-30 will start shipping on June 25th.  As with the K-01, we hope to bring you a K-30 review just days after the camera becomes available in the US.  We have high expectations for this camera (especially with respect to the AF), and hope that it will be able set a new standard for Pentax in terms of performance, value, and quality.  We are glad to see that Pentax is returning to the mid-range market (likely to compete with the Nikon D5100), and hope to see this camera be complemented by a K-5 replacement and a K-mount full-frame in the months to come!  The presence of advanced features in a sub-$1000 camera are bound to bring Pentax just as much success as the K200D did.

See also the list of all Pentax weather-sealed lenses; they are all fully compatible with the K-30.