By PF Staff in Pentax Announcements on Oct 3, 2012 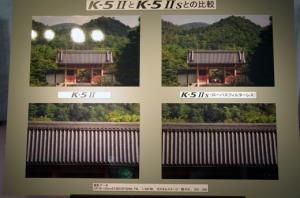 Pentax has recently published a web page containing several sample photos from the new K-5 II and K-5 IIs.  In addition, several comparative photos were showcased in Japan and have now been posted on the forum by members.

From the looks of it, the K-5 IIs does in fact have a tremendous advantage over the K-5 and K-5 II in terms of resolution.  We plan on conducting detailed tests of this once the K-5 IIs hits the shelves, which should happen within two weeks.  In the US, the K-5 IIs is available for pre-order for $1299, while the regular K-5 II is $100 cheaper.  Considering that the original K-5 was launched at an MSRP of $1749, this pricing seems quite reasonable.

The Pentax K-5 II is an enhanced version of the original Pentax K-5, which was launched in late 2010 and is considered one of Pentax's most successful DSLRs.  Of note in the K-5 II is an all-new SAFOX X autofocus system and a redesigned LCD with greatly-improved visiblity.  The K-5 IIs is a special version of the K-5 II which lacks the antialiasing filter found on most digital cameras.  This means that the K-5 IIs has the potential for much higher image resolution at the risk of exhibiting the Moiré pattern.  Click here to read our in-depth Pentax K-5 review for an close look at the Pentax K-5. 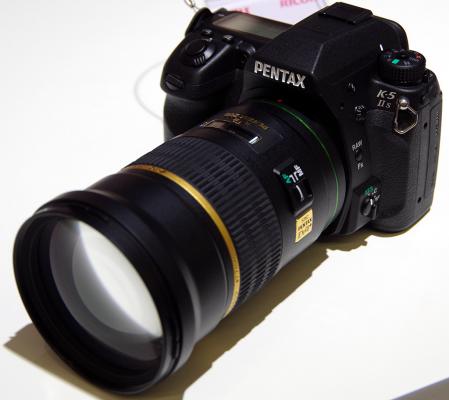 Say farewell to the Pentax Q and Optio VS20

Ned Bunnell to Retire as President of Pentax USA