By PF Staff in Pentax Announcements on Apr 3, 2012

As much as we wish this were also an April Fool's joke, the Pentax USA pricing policy change we announced last week now seems to be in full effect at online stores in the US.  Authorized dealers such as B&H Photo, Adorama, Abe's of Maine, and even Amazon are now selling the Pentax K-5 at the minimum advertised price of $1099.  While this is higher than last week's $989, it's actually $100 below the price that the K-5 was sold earlier this year ($1199).  More importantly, however, it seems prices on most Pentax lenses have unfortunately also gone up to full MSRP.  Full details on this are found later in the article. 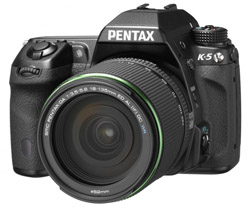 Remember that prices vary between countries, however, and if you want to score some of the best deals on Pentax gear, we invite you to browse our second-hand Pentax Marketplace.

Now, even though Pentax lens pricing may have gone up, this doesn't mean that there aren't any good deals to be found!  Both Sigma and Tamron have launched new instant rebates this month on some of their most popular lenses for Pentax:

Last week, we took a moment to note the old prices of all Pentax lenses in order to compare them to the current ones.  The changes are outlined in the table below. In general, prices for all current DA lenses went up by 15-90%, and this sort of a restriction on retailers is a first for Pentax.  We hope that future product announcements or business decisions justify this new policy!

More information about new and used price trends for all of the above lenses can be found in our Pentax Lens Database.  In order to counteract these price increases, we are sure Pentax will be launching some sort of rebate program in the near future.