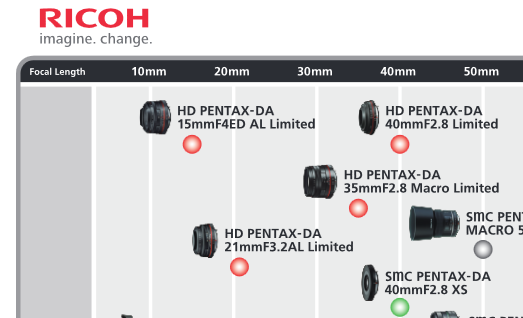 In response to yesterday's lens announcement, an updated version of the Pentax K-mount DSLR Lens Roadmap / Lineup has appeared on the Japanese Pentax web site (now branded as a Ricoh Imaging site).

The new roadmap, which is available for download here, indicates that four new DA lenses as well as a SDM-compatible teleconverter will be launched in the near future.  These lenses include:

The general-purpose zoom, which was previously slated to be a premium DA*-series lens, is now shown as a standard consumer DA lens.