The good and the bad about the September 10th announcements 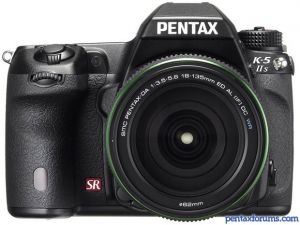 Now that we've posted the details and specifications of Pentax's 8 new products, it is time for us to offer some commentary and discuss what the pricing for these new cameras and lenses will be like.  Let us start by saying that we are very happy to see that Pentax is moving forward, and that so many new products are being made available, enhancing all of Pentax's main camera systems (K-mount, 645, and Q).

However, many of today's announcements have left us disappointed as current Pentax users. Based on the specifications published thus far, we find the new cameras quite lacking, and the idea of issuing such small upgrades to be flawed.  Similarly, the two new K-mount lenses are overpriced compared to what the competition has to offer.  Historically, one of the strong points of the Pentax system has been its affordability, but many recent prices have broken the trend; we hope that this is not a permanent change.

The remainder of our commentary will be presented in a tabular format- read on for more!

We are happy to be ending this post on a positive note, though it's unfortunate that our two favorite products from among those announced today (the Q 15-45mm and the 645 90mm Macro) are not the ones that will be seeing the highest consumer demand.  We are keeping our fingers crossed that the release of a camera above the K-5 II is imminent, although the fact that Pentax has referred to the K-5 II as their new flagship hints at the opposite.  We have said this before and we will say it again: with the multitude of emerging APS-C mirrorless cameras (and rumored Sony full-frame mirrorless on the horizon), we find it integral that Pentax push out a full-frame DSLR body in order to be able to remain competitive in the DSLR industry and improve the reputation of the K-mount system.

Overall, has Pentax Ricoh simply screwed up with this recent news?  We don't think so, but we do believe that they have left a lot of room for improvement.  This suggests that more must be on its way, if not within the coming weeks, then certainly by the end of the year!

Ned Bunnell to Retire as President of Pentax USA