New version of the GRIII with a longer 26.1mm lens

By PF Staff in Pentax Announcements on Sep 9, 2021

Ricoh Imaging has officially announced the GR IIIx: a variant of the Ricoh GR III high-performance compact APS-C camera (originally launched in 2019) featuring a lens with a longer focal length.  Both models will remain available simultaneously to allow users to choose their preferred angle of view, something which has long been requested by the community.  The GR IIIx also includes new in-camera post-processing features.

The GR IIIx features a 26.1mm F2.8 lens which delivers a "normal" angle of view similar to the human eye.  On the other hand, with its 18.3mm F2.8 lens, the original GR III provides a much wider field of view*.  When measured diagonally, these lenses cover approximately 57 and 76 degrees, respectively.

The GR IIIx is available for pre-order from Ricoh Imaging Europe for €999.00, a €100 premium over the GR III.  The camera will cost $999 in the US and is expected to start shipping in early October.

The GR IIIx also debuts alongside the Ricoh GT-2 1.5x teleconverter adapter, which can provide more reach for added versatility. 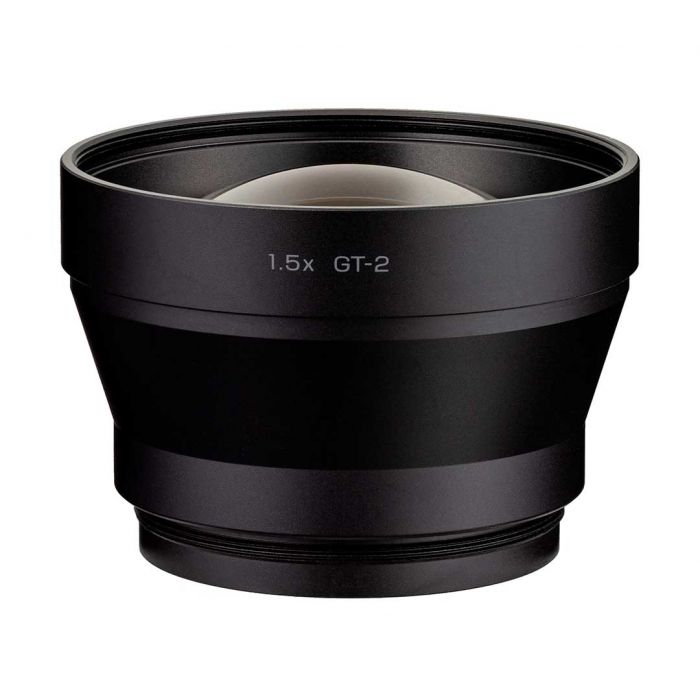 TOKYO, September 8, 2021, －RICOH IMAGING COMPANY, LTD. is pleased to announce the launch of the RICOH GR IIIx. This high-end digital compact camera features a newly developed GR lens with a 40mm angle of view in the 35mm format, while harmonizing professional-grade image quality with a compact, lightweight body perfect for street photography.

The RICOH GR IIIx has been developed in response to user requests for a new GR-series camera that will add a new perspective to the highly acclaimed RICOH GR III. The GR III was released in March 2019, featuring a 28mm wide-angle lens and designed to further enhance the essential values of the GR-series: optimizing image quality, snapshot capabilities and portability. The newly designed 26.1mm GR lens provides a 40mm angle of view in the 35mm format, close to the photographer's own effective field of view. Depending on the way the lens is used, this versatile angle of view can create different image renditions: you can capture an image similar to those taken at a 30mm semi-wide angle, or create a completely different visual expression as if taken at a 50mm standard angle. The camera also provides a range of new and upgraded post-shooting functions to edit captured images to the photographer's preference.

The new RICOH GR IIIx is a camera that harmonizes all the benefits of the ever-evolving RICOH GR series with a new, innovative perspective perfect for dramatic, inspiring street photography.

*Editorial note: some press releases and product pages include the 35mm (full frame) equivalent focal lengths for the GR III and GR IIIx.  We exclude these numbers for clarity.