By PF Staff in Pentax Announcements on Sep 3, 2015 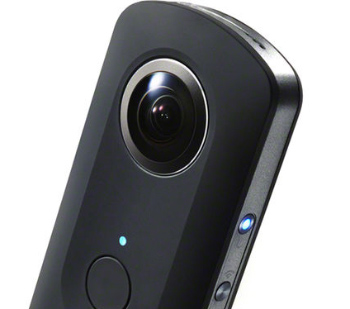 Today Ricoh Imaging unveiled the new Ricoh Theta S at the IFA consumer electronics show in Berlin.  The Theta S is a spherical camera capable of capturing 360-degree JPEG images at the push of a button.  It builds on its predecessor, the Theta m15, by offering dramatically-improved image quality, live view, an improved interface, and improved video capabilities.

In our Theta m15 review we discovered just how fascinating the Ricoh Theta cameras can be.  It changes the way we look at photography and opens up new possibilities for panoramas, family photos, and real estate.  Spherical images can be viewed as traditional JPEGs or interactively via the Theta web site, smartphone app, and desktop app.  When viewed interactively, spherical images support panning and zooming.  360-degree interactive videos which work in a similar manner make the Theta even more unique; these can be uploaded to Youtube with full support for panning.

When uploaded to the theta 360 web site or in the theta 360 app, Theta JPEG image files support panning and zooming.  The Ricoh sample photo below showcases the Theta S's improved resolution.

Below are the highlights of the Theta S:

Indeed, the combined image resolution has been doubled in this new model.  The Theta S outputs 12-megapixel files which promise to deliver greatly increased detail and will allow for more liberal zooming/cropping compared to the 6.4-megapixel Theta m15.  This will be further supported by improved in-camera processing in low light and expanded manual controls. 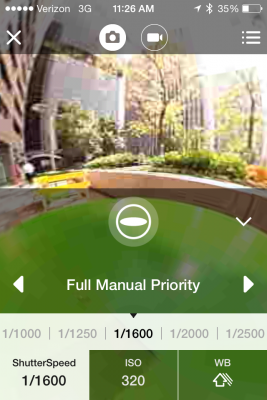 In short, the Theta S promises to address many of the limitations of the Theta m15, including the low resolution and tedious video interface.  We are excited to see this announcement and are looking forward to reviewing the new Theta! 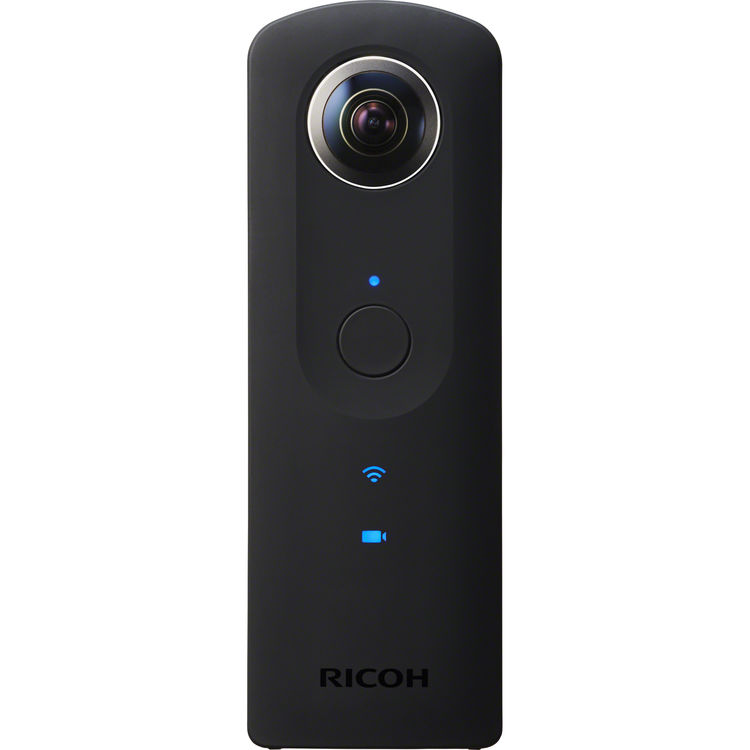 From a physical standpoint, the Theta S is nearly identical to its predecessors.  It is marginally larger and slightly heavier (44.0 x 130.0 x 22.9 mm, 125g) most likely due to the presence of larger lenses.  It will initially be available in black.

The Ricoh Theta S will sell for a pre-tax price of $349 in the US.  It will be available through authorized Pentax retailers as well as through the Pentax Web Store / Ricoh Imaging web site. EU and UK prices, respectively, are €399 and £299 tax-inclusive.  The Theta S will start shipping on November 10th.

If you would like to get a better understanding of how the Theta works, check out our in-depth review of the Theta m15.

TOKYO and BERLIN, September 3, 2015 — Ricoh announced today the release of the RICOH THETA S, the newest model in the RICOH THETA series of spherical cameras that capture 360-degree scenes surrounding the user. Unveiled today in Berlin at IFA, the world’s largest consumer electronics show, the camera features extra-high resolution, fully spherical photos and videos in one simple shot, a live preview function and even greater compatibility with social media platforms.

The RICOH THETA S, which retains the lightweight portability of the current model—the RICOH THETA m15—captures high-resolution spherical images of up to nearly 14 megapixels. It can also record spherical video in full HD (1920 x 1080*1 pixels at 30fps) with a maximum recording time of 25 minutes. The better quality images are enabled by an enlarged image sensor and fast F2.0 lenses to allow more light through Ricoh’s proprietary ultra-small twin-lens folded-optical system.

Spherical images can be uploaded to theta360.com, shared via Facebook™, Twitter™ and Tumblr, and posted to Google Maps™, Google+™ and YouTube™360°Channel. The application program interface (API) for RICOH THETA S is based on Google-supported Open Spherical Camera API for compatibility with Google’s services.

Coinciding with the launch of the RICOH THETA S, Google Maps today introduced the new Google Street View app that allows you to capture and publish your photo spheres instantly to Google Maps for people all over the world to explore. The app also offers the ability to shoot photo spheres and to connect to spherical cameras. This new capability to connect to spherical cameras makes it easier than ever to create Google Street View experiences.

The RICOH THETA S also boasts a fully updated design and user interface. Usability has been improved with an elegant but practical sure-grip black rubber coating and handy face-mounted LED mode indicator. Internal memory has been increased to 8GB.

The original RICOH THETA was launched in 2013 as the world’s first mass-produced camera to capture fully spherical images. Since then, the series has inspired a unique genre of visual creativity for capturing everyday scenes from an all-new perspective.

The RICOH THETA S will go on sale at a base price of USD 349 (or equivalent) from late October in Europe (Austria, Belgium, France, Germany, Ireland, Italy, Luxembourg, the Netherlands, Poland, Switzerland, Turkey, and the UK), North America (Canada, Mexico, and the United States), and Asia-Pacific (Australia, China, Hong Kong, India, Japan, Malaysia, the Philippines, Singapore, Taiwan and Thailand). Ricoh Imaging will market the RICOH THETA S, which was developed and manufactured by Ricoh.

Noboru Akahane, Ricoh Imaging’s President and CEO, said: “We are delighted to offer users increased value and richer 360-degree experiences with our new RICOH THETA S. The model’s enhanced image quality and other exciting new features are sure to expand the scope of RICOH THETA fans in all-new fields.”

Charles Armstrong, Google Maps Product Manager, said: “The Street View app allows people all over the world to explore user contributions, Google’s own imagery, and their own published photo spheres through a seamless world map of landscapes, landmarks, business interiors and more. The RICOH THETA S is a great tool to create this imagery, and we hope it inspires people to contribute to the map.”

A strap can be attached to the camera via the tripod socket.

Made from strong, transparent polycarbonate, this hard case offers IPX7-equivalent waterproofing, perfect for shooting in wet conditions (Not for underwater use. Must be remotely operated by a smartphone). Equipped with a tripod socket to attach various accessories.

Small and lightweight, this black or white synthetic leather case is functional while still providing robust protection. Compatible with the strap attachment.

Owners of the Theta S can post user reviews in our camera database.