Successors to the Pentax WG-3 and WG-10

By PF Staff in Pentax Announcements on Feb 5, 2014 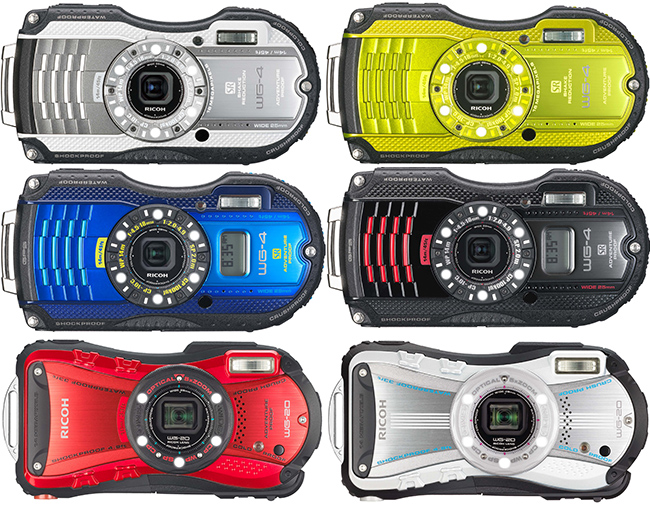 Is the Pentax brand name slowly vanishing?  In today's press mailing, Amber Renard, Public Relations Manager for Ricoh Imaging Americas, said, "As you will note, the WG-4 and WG-20 series are the first [compact cameras] to bear the Ricoh name.  As such, I wanted to take this opportunity to reiterate our commitment to the historical PENTAX brand. The PENTAX name will continue to appear on all of our interchangeable lens cameras, lenses and sport optics, while the Ricoh name will be reserved for our compact cameras." 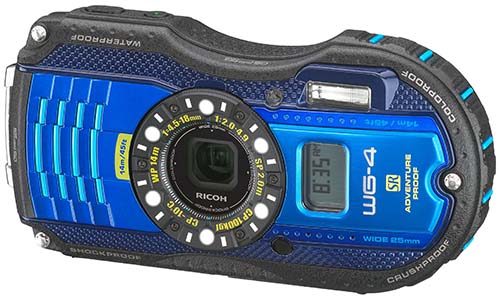 The rugged WG-4 is Pentax's new premium outdoor camera offering for 2014.  With a 16-megapixel sensor and a bright lens with a maximum aperture of F2, this camera delivers solid image quality via a body that's waterproof to 45 feet, coldproof, and shockproof.  It will be available with built-in GPS for $379 and without GPS for $329 at retailers nationwide starting in March.  This represents a $20 price drop compared to the previous model. 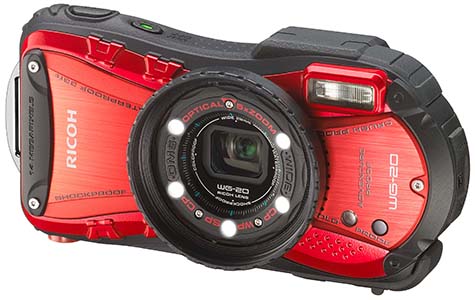 The WG-20 is Pentax's new entry-level outdoor camera.  Like the WG-4, it is also waterproof, coldproof, and shockproof, but its specs aren't quite as high: it is only rated as being waterproof to 33 feet.  Like the WG-10 before it, it will be available at Target stores and on Target.com.  The price has increased by $20 to $199.

The hardware featured in the WG-4 and WG-20 is virtually identical to that of the WG-3 and WG-10.  Apart from the color choices, one key distinction between the WG-4 and WG-3 is that the new camera now features a shutter priority mode as well as a USER mode, giving the photographer more control over the exposure.  When in shutter priority mode, you can set the shutter speed manually and the camera will adjust the aperture and ISO accordingly.

In the US, the new WG-4 will color options will include silver and lime yellow, while the WG-4 GPS will come in black and blue.  The WG-20 will be produced in white and red.

For more information on these cameras, visit their respective entries in our camera database, and check out our Pentax WG-3 review.

Even though the WG-4 and WG-20 are very similar to their predecessors, one other key thing to note is that alongside these cameras, Pentax is launching a host of new GoPro-style mounting accessories. 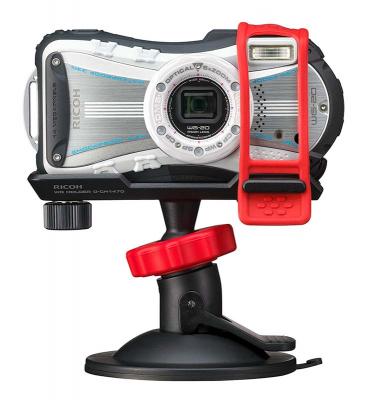 These accessories, pictured below, include:

All the new mounting accessories are now available for pre-order at B&H Photo.  The mount itself is compatible with the all WG-series cameras, including the WG-4, WG-20, WG-3, WG-10, WG-2, and WG-1.