To ship in June, following official announcement next week 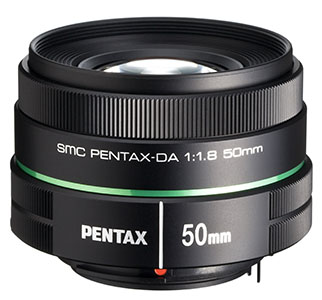 Pentax announced the SMC Pentax-DA 50mm F1.8 prime lens back in February at the CP+ 2012 trade show in Japan and also showed us a prototype then. We now expect that next week Pentax will finally release the official technical details for this lens and announce that it's hitting the shelves!

We believe that the lens will start shipping in late June, together with the K-30 (source).

Considering that it's a normal lens, and given the precedent set forth by the SMC Pentax-DA 35mm F2.4 lens, we're sure that this 50mm will deliver great image quality while still being very affordable.

We will update the Lens Database with full details as soon as they are released. At this point we know the following specifications for this 50mm: