By PF Staff in Third-Party Announcements on Apr 4, 2015

The third-party lens lineup for Pentax has recently been strengthened by Samyang Optics' latest announcement: a manual-focus 100mm F2.8 Macro lens that supports life-size (1:1) magnification.  Like other modern lenses from Samyang, this one uses the Pentax KA mount, which means it has an aperture ring with the "A" setting.  Thus, on modern DSLRs, it will behave exactly as a Pentax A-series lens would and it will support all available shooting modes. 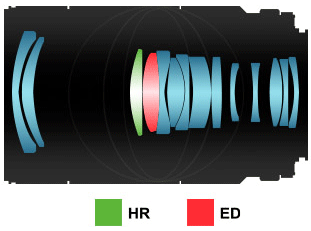 Since it has an aperture ring, the Samyang 100mm Macro could prove to be a viable (and more affordable) alternative to the Pentax D-FA 100mm Macro for photographers who plan to use extension tubes or other macro accessories.

Full specifications can be found in our lens database

In the US, this lens will be sold under the Rokinon brand name at a launch price of $549 USD.  It is expected to start shipping in the third week of April.

In Europe, it will retail for €549, though we have not yet received any pre-order links from major Pentax retailers.

A cine variant of this lens (Samyang 100mm T3.1 Macro) designed for videographers will be produced in a variety of mounts, excluding the Pentax mount.

Samyang has recently made quite a name for itself within the Pentax comunity, as its recent lenses deliver premium optics, excellent build quality, and a selection that fills many gaps in the genuine Pentax lens lineup.  Such lenses include fast primes like the Samyang 35mm F1.4, 24mm F1.4 and 16mm F2.0.  Samyang also offers a full-blown 24mm tilt-shift lens for the K-mount.  The availability of these lenses is especially welcome given the dwindling lens support from Sigma, a long-time user favorite brand.

We are currently working on in-depth reviews of the Samyanf 16mm F2.0 and 24mm F1.4 lenses and expect to publish them in the coming months.  See also our existing Samyang lens reviews:

Focusing on the Essence of Nature - Samyang 100mm F2.8 Macro Photo
The Samyang 100mm F2.8 ED UMC MACRO photo lens realizes 1:1 life-sized image with superior image quality. It enables to capture the essence of nature with the minimum focusing distance of 0.3m (1 feet). It is a versatile lens which can be used both as macro lens for close-ups and telephoto lens for portraits and landscapes. The bright F2.8 aperture offers the best level quality images under various exposure conditions.

Free Your Action! – Samyang 100mm T3.1 Macro Cine
The Samyang 100mm T3.1 VDSLR ED UMC MACRO cine lens is the ideal lens for close-up videos with greater quality. This lens is optimally designed for professional follow focus system thanks to the quiet and smooth uncoupled focus and aperture gear rings. Also, the distance scale and T numbers are marked on both sides of the lens for convenience when filming. Also, the Samyang 100mm T3.1 lens is one of Samyang Optics VDSLR II Cine Lens Line Up which produces the matched image color and has identical location of aperture and focus gear rings.