By PF Staff in Third-Party Announcements on Sep 7, 2011 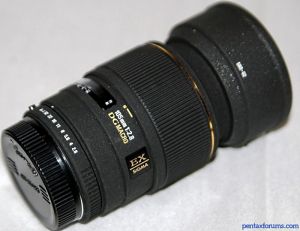 Unfortunately, the availability date of the Pentax version of this new lens is not yet known. We will post updates on our homepage once Sigma releases further details. The 105mm lens has already been listed at Adorama camera as a New Item, although Sigma hasn't officially stated that it will even be produced.

For those looking for a high-end macro lens, Sigma has also recently announced a new 150mm F2.8 macro lens. We've confirmed that the 150mm will be produced in the Pentax mount, but has no official availability date has been announced, either.