Superzoom for the Pentax mount and other mounts 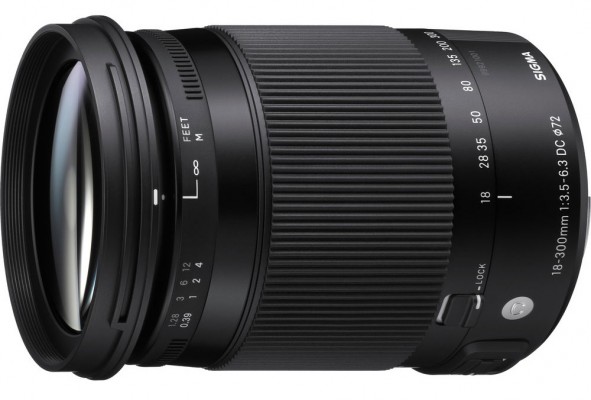 Sigma has recently announced its latest superzoom lens: the new 18-300mm F3.5-6.3 DC Macro HSM C, part of Sigma's "Contemporary" lens series.  It will soon be available for the Pentax K-mount as well as for Sony, Nikon, Canon, and Sigma cameras. In the US, it will be priced at $579: considerably less than the asking price for the competing Pentax 18-270mm (a Tamron re-badge).

This lens is suitable for photographers who require a minimal kit with maximum versatility, or for scenarios in which switching a lens is either not possible or inconvenient.  Its optical formula incorporates special "FLD" and "SLD" glass elements to keep aberrations low and is designed to deliver the best possible image quality overall despite the optical compromises that superzooms normally entail.

As a Global Vision lens, the 18-300mm is compatible with the Sigma USB dock, an accessory that can be used to upgrade lens firmware and make fine AF adjustments.  It also sports a streamlined barrel design, focuses silently with an in-lens AF motor, and lets you take close-up macro (1:3) photos.

The 18-300mm forms a trio of all-in-one zooms alongside the existing Sigma 18-200mm DC Macro HSM C and 18-250mm DC Macro HSM.  The latter has yet to start shipping in the Pentax mount, though it has been officially announced.

Alongside the lens, Sigma also announced two new 1.4x and 2.0x teleconverters without commenting on their availability. If the teleconverters become available for Pentax (they would be much-needed competition for the HD Pentax DA 1.4x), we will post about them separately.  We expect to be able to get our hands on the 18-300mm lens and possibly also the teleconverters at the upcoming Photokina trade show.

See our lens database for the full specifications of the Sigma 18-300mm.