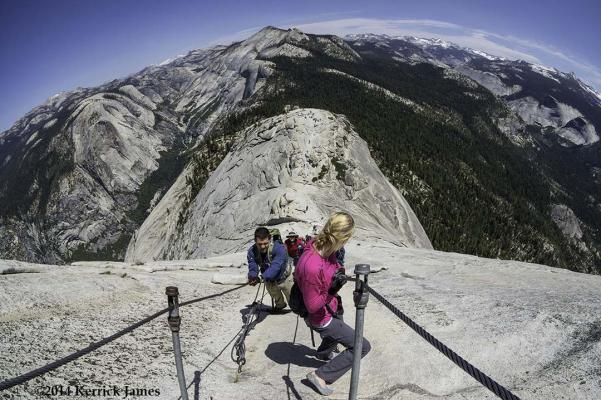 Like most amateur weekend shutterbugs, I spend a fair amount of time at websites like PentaxForums and flickr doing one of my favorite pastimes: looking at other people’s photographs.  And not surprisingly, what I see is a small percentage of pics that are true, honest, incredible works of art. They inspire me!

But on the other hand, I also see vast oceans of photographs that are (at the risk of sounding rude) pretty much junk.

Not being a great photographer myself (I consider myself only slightly above average) I decided to satisfy my curiosity by finding and interviewing people who make their full time living as photographers. I wanted more than just technical info on lens, camera, aperture etc.  I wanted personal stories.  I wanted backgrounds.  After some hunting, I found three who were willing to share some of their (not so secret) secrets.

As I conversed with these three professionals, some common themes began to emerge: 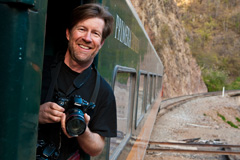 The "Ten Thousand Hours" principle gained popularity in Malcolm Gladwell's book Outliers.  If you want to become truly great at something, according to the principle, it takes at least ten thousand hours of practice.

In applying the same principle to photography, professional author and travel photographer Eric Lindberg explained, “Before you can expect to be good at photography, you need to have at least ten thousand photographs under your belt.”

Lindberg has been making his living as a photographer for over eighteen years, and his work has brought him all over the Americas,  Asia, Europe, Africa, the South Pacific and Antarctica.  He has won numerous awards, and his writings and photographs have been published in travel magazines, newspapers, books, calendars, and tourism publications all over the world.

Yet despite the success he enjoys today, he explained that he spent many of his early years being somewhat unhappy with his own work. It’s not that his photographs were bad, he said. It’s just that he knew they could be better.

Never allowing himself to be discouraged, he toted his camera with him everywhere he went (literally, everywhere), and never stopped taking pictures.  He tirelessly studied other photographers whose work he admired, and attempted to discern what attracted him to their style.  He also examined his own photographs critically, asking himself what could help them improve.

Finally, after around eight years and at least ten thousand photographs, he felt he began to reach a level where he saw and experienced the world as an artist, and at last, began feeling content with his own work. 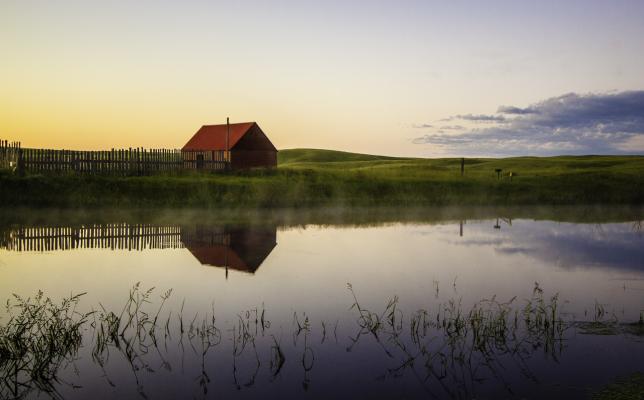 “The Saskatchewan dawn was still an hour away when I donned my headlamp and started hiking down the dark trail toward some teepees I’d heard about the day before. As the eastern sky began to lighten, mosquitoes and black flies came to life and began buzzing around my head and hands. Setting up my tripod, I shot some silhouettes of the teepees while swatting away the biting insects. I didn’t linger long.

“As I hiked back, dawn had just broken when I reached this pond that I’d passed earlier in the dark. With no breeze the pond perfectly reflected the red barn and dusky sky. The insects weren’t quite as vicious here and I stayed to shoot the changing light. Despite the pesky bugs and the early wake-up, I was happy with the results.”

Lindberg taught that when he’s working, he expends a great deal of effort on becoming familiar with his subject.  “I don’t just walk up and snap a few photos” he said. “I circle my subject. I study it first. I take time.”  In describing his state of mind when he’s shooting, Lindberg used words like “zone” and “meditation.”

“I move through a subject in an almost trance” he said.  “I stay with my subject and work with it for as long as I can.” 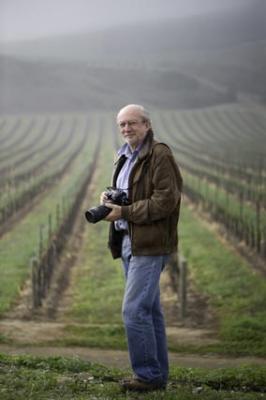 “Photography” said thirty year veteran photographer Robert Holmes, “has become deceptively easy.  Anyone can pick up a camera or smartphone and take a technically perfect photograph.  Occasionally they may even take one with aesthetic merit.  The trick is to do this consistently and under the most difficult conditions.”

Holmes has traveled the world over and has been published in hundreds of publications including National Geographic, Life, and Time to name just a few.  He has a stock catalog of a half million images in Corbis and Getty.

I told Holmes that being a travel photographer would seem like a dream job to many people.  Seeing the world at your client’s expense and photographing along the way.  It sounds exotic and romantic.

“As a professional travel shooter” replied Holmes,  “I have to be able to go to the ends of the earth, at considerable expense to my client and come back with not just good, but great photographs. I can not bring back excuses. Ever. And I have to do this time and time again, whatever the weather and however I feel.”

When asked about what it takes to reach a level where you can do this consistently, he said,  “You must become so familiar with your camera that you are not even aware that it's there.  You respond intuitively without stopping to think about what lens to use, about exposure, where to focus.  The camera gets in the way of seeing and the more you can overcome this the better your photographs will be.  How do you get to this almost zen like state?  Practice, practice, practice.”

And on the subject of what’s behind the success of any one particular photograph, Homes said, “The act of taking a photograph is not the problem, it's over in a fraction of a second.  The secret is getting to the best place at the right time and responding intuitively to the scene. That's the hard part.” 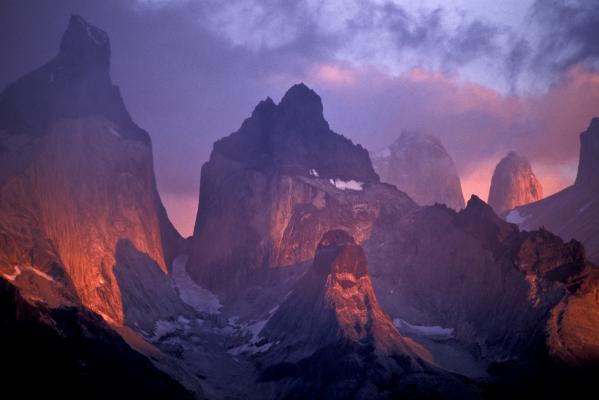 “This shot of the Torres del Paine in Chile was made at dawn in 80mph winds.  It was taken on film so I had no way to see if it had come out until I had the film developed at home.  Apart from the difficulty of getting there the hardest part was standing up for long enough to get a sharp exposure.” 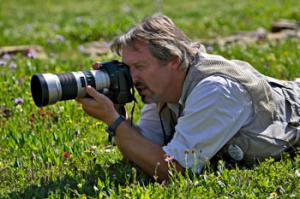 When I asked twenty-five year veteran travel photographer Kerrik James about the role hard work has played in becoming a successful professional photographer, his response was not what I expected.

“Hard Work?” he said with a surprised tone. “To me hard work is slaving long hours for someone else. I much prefer the concept of hard play!"

James has over 200 magazine and book covers to his credit, and has been published in National Geographic Adventure, Popular Photography and Outdoor Photographer to name just a few.

“I chose photography (or did it choose me?) because it offers a unique blend of possibilities… meeting new people around the globe and testing my physical worth against the elements, but most importantly never hitting the ceiling and feeling as if I knew all I ever could or should.”

“The hard work to me” said James, “would be not photographing the wonders and people of this very singular watery ball we cling to.   So, putting aside thousands of trail miles and early sunrises, way too much computer time, etc., I feel more than lucky to have made a life and career in photography. And I even get to share it with other great people on the way.

When I asked James to share a photograph that he feels represents hard play, he sent me two.  The one at the top of this article (Half Dome), and this one, called Havasu Falls Under Starlight and Moonlight: 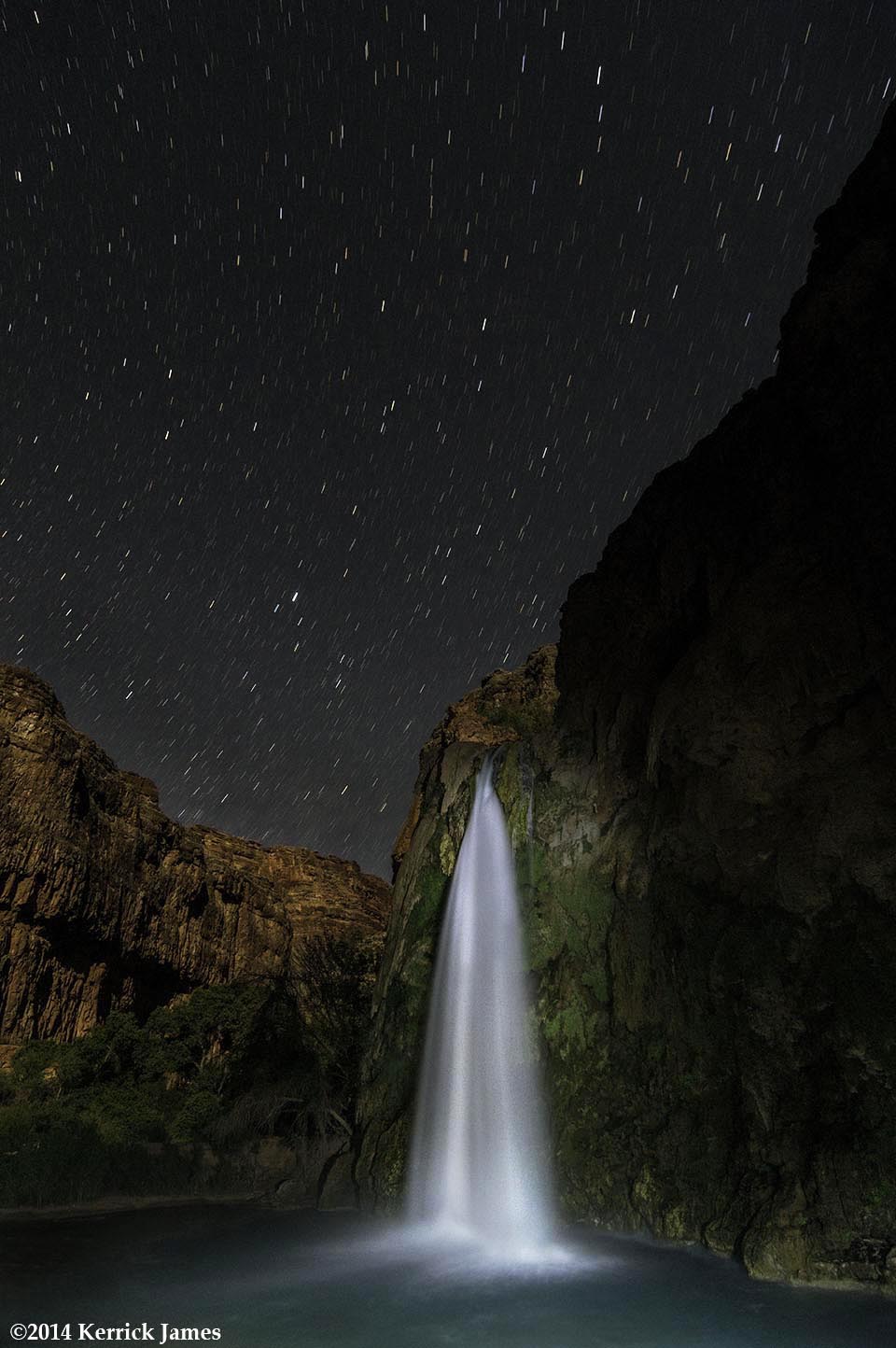 "I work seven days a week on my photography, planning and scouting shoots, and pitching publications with story ideas. Sometimes an opportunity just falls into your lap, and you have to grab it quick, as with my recent hike up Half Dome. Friends called a week prior to the hike to say that they had two permits open up for hiking the cables up Half Dome, and those are now golden tickets!
"My photography goal for Half Dome was to suggest the feeling of being on top of the world, the perspective and the actual disorienting feeling of being exposed on a steep and slippery granite wall, with stunning views of the High Sierras in 360 degrees."

These three photographers have taken basic principles of success and applied them to their careers. Like any other skill, photography takes time, patience, practice and refinement to become a true professional. In our early days we may get lucky and snap the occasional masterpiece, but to take them continually requires the ability to be critical of our own photographs, to recognize the need for improvement, and to put in the time to refine our skills.

And in the mean time, getting lucky and snapping those occasional masterpieces actually has very little to do with luck.  It has everything to do with putting in the effort to be in the right place at the right time, and often that means getting out of bed long before the sun, putting up with the unpleasant elements, hiking and traveling long distances, or all of the above combined.

But in the end, as Kerrick James says, this isn't work at all.  This is play!

By trade, Casey Crookston is a software developer who has written code for Bank of America, Rapala Fishing Lures, UnitedHealth Care, BarbieGirls.com and a host of other companies. And he has a few...
More articles by ccrookston →