A How-To for Black and White Photography

Black and white photos have long held the imagination as artistic portrayals of subjects. While it can certainly look striking, a monochrome color pallet isn't what you want for every image. There are certain elements and conditions that can create a spectacular black and white image. 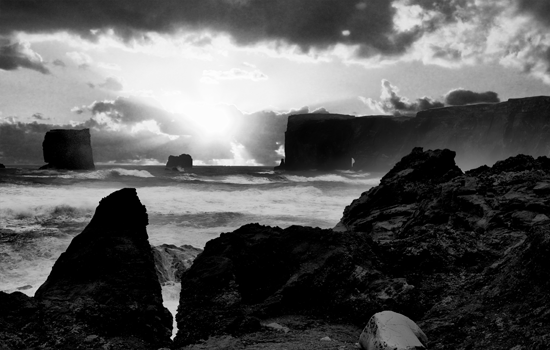 A black and white image can be a great way to overcome poor lighting situations. Where a color image might look underexposed (or overexposed), you can sometimes convert to black and white and save the image, often getting a moody tone with an image with a lot of dark space in it. This is especially true of flat lighting. 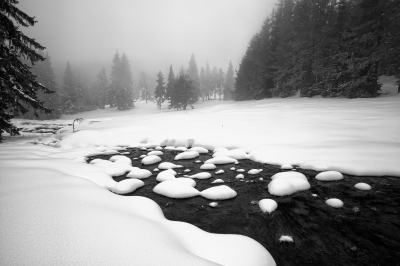 Black and white can often remove some of the distraction of color, and let the viewer really focus on the subject. If there's a particular subject you want to focus on, a moment you really want people to drink in, that might be the time for monochrome.

Look for clean whites and clean blacks, and for examples of texture. Black and white photos really emphasize all of those elements, resulting in a very visually pleasing image.

The name of the game for black and white is contrast. Light whites and dark blacks are going to make everything stand out more, especially when you compose those elements next to each other. There are certain tricks that can be accomplished with composition: dark elements make lighter elements look lighter, and vice-versa. It creates the illusion of additional contrast, and ends up being very eye-pleasing. 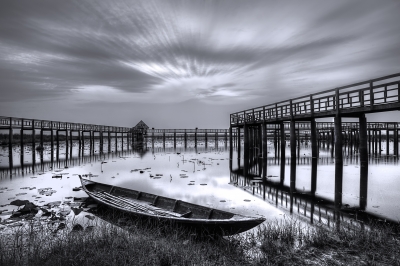 In order to get a high contrast image, your histogram is your best friend. Beware of just using the monitor on your camera to check your images. What you're looking at is a low-resolution version of the image that you're taking, especially if you're shooting in RAW. What's more, the screen you're viewing it on distorts colors, as do all screens unless you're working with a color-correct monitor that's been correctly calibrated.

To that end, read your histogram, on every image. If you don't know how, it's fairly simple: the histogram will be divided into zones, vertical columns that each represent a range of exposure. Under, or pure black, starts on the far left, and it ranges to overexposed (or pure white) on the far right. The graph you see tells you how much of your image falls into each exposure category: higher bars means more areas of your image are at that exposure.

Most of the best images are going to be high contrast, meaning that you'll have some areas that are very dark, and some that are very light. Toward that end, make sure your histogram registers areas on the high and low end. Try and avoid having areas that are butting up against the sides: that means that you're not actually capturing any data for those areas. They'll end up totally black or white, and if that's what you want, it's easy to bring down the detail in post-production.

Having access to good software helps a lot: in addition to a primary editing program like Photoshop or Lightroom, consider something specially designed to tackle monochrome images like Topaz B&W Effects. It's a plugin that has a lot of great tools that give you more control over the look of your monochrome images.

The interface is simple: 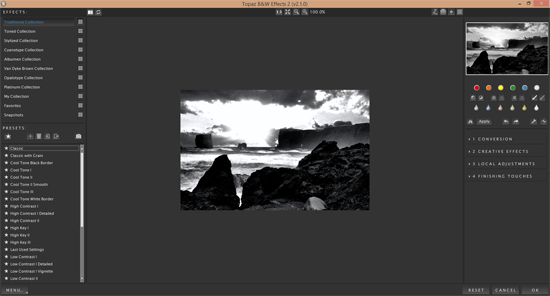 Down the left you get a set of fairly powerful presets, which can get you into the neighborhood of what you want. A few examples include low-contrast and high-contrast options, low key and high key, and presets with warmer and cooler color tones. And on the right, under four major categories, you can dial in the levels, adjust contrast, boost the detail in your highlights and shadows, and divide the photo into regions according to color which will increase or decrease the effect of other changes you apply.

For the top image, taken at Dyrholaey on the south coast of Iceland, I started with this as a raw image: 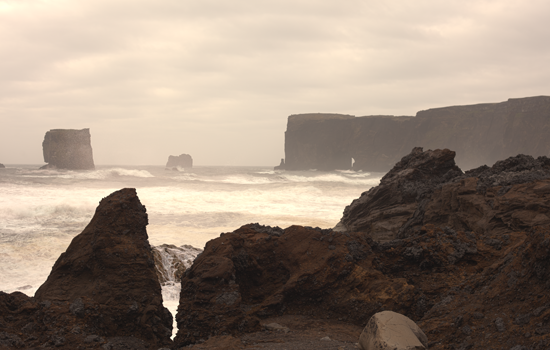 It's not ideal. The lighting that day was bad, it was overcast, and the rocks were far enough apart to make focusing and capturing everything difficult. I knew I wanted the texture of the foreground rocks, and made sure to capture that. In Topaz, I started with a high detail, low contrast preset, and manually dialed up the contrast and boosted the shadows and highlights.

Be careful when you're adjusting these things, and watch how many regions you have set. With a high number of regions, any adjustment can have a pretty stark effect. I wanted detail in the shadows, but add too much detail and you end up with a flat image, as everything tries to grab your attention at the same time, and the eye doesn't have anywhere to look. Admittedly, I did give the whole thing a new sky: In an 11 hour drive that day, the sole patch of sunlight on Iceland's south coast was about a hundred miles east. After adjusting the levels, it was good to go. 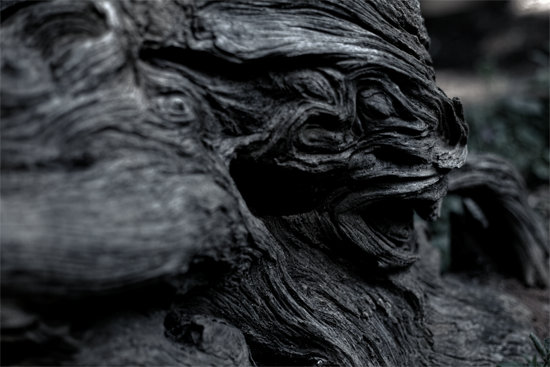 This started as a low key template with a cool overtone, and I again brought up the contrast manually. There aren't many highlights in the image, so I gave those a bit of a boost to bring them out a little bit more.

Keep an eye out for what's going to make a good monochrome image: it's as important as looking for a great color image, and won't work for everything. Watch for situations that provide an interesting opportunity: texture, high contrast, and an interesting subject.

All About SLR Lens Coatings