Since the launch of the K-7 back in 2009, Pentax has included composite image modes such as interval shooting in their DSLRs. The newest flagship bodies— the K-3 and 645Z— have the composite modes placed in the drive menu. This improvement over having them buried within the menu system makes composite image generation significantly easier and will help improve in-camera creative photography. This article looks at the subjectively titled "Creative Modes" in the Pentax K-3: multiple-exposure, interval shooting, and interval composite.

Pentax overhauled the creative exposure modes interface in the K-3 and the result was a stunning improvement to the three creative modes. By making them drive-menu selectable instead of menu-buried options, by increasing the maximum number of composite images to 2,000, and by adding a new blending mode (bright), Pentax injected some much-needed life into this functionality.

Here's a sample of averaging mode. The display image is the first frame in the sequence and the mouse-over image is the last. To capture each of the sample shots, I took a ten-image sequence with each blending mode. To simplify comparison, they're all of the same subject. 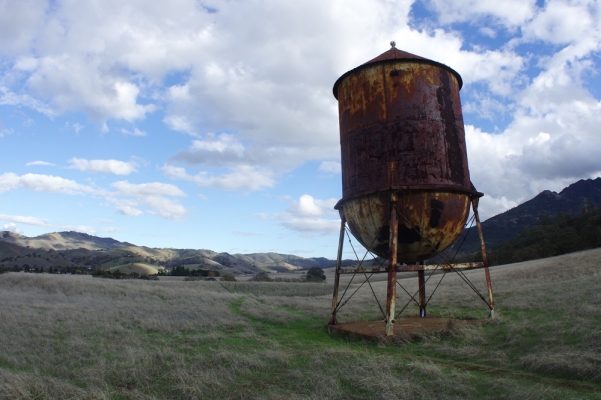 Functionally, this mode could be called long-exposure simulation. This mode can result in a long-exposure look in bright sun. Averaging looks at each of the images and creates an average image from all of them. This is basically how it works: the camera layers each image in a single stack. It then looks at each pixel in each image and comes up with a color that is the average of every pixel in the stack.

Tip: This is an incredibly powerful tool. Here are some uses. Each description shows a sample image (a single shot) and a composite of the same scene.

Pedestrian Elimination— Ever been to a great and scenic place only to have all your photos ruined by random pedestrians? This mode can eliminates pedestrians, but it requires a lot of photos. Set up your K-3 on a tripod and compose your image. For safe measure, set it to manual focus. Set the composite mode to average (whichever of the multiple exposure or interval composite modes you select) and take a photo every five or ten seconds until you have around twenty to thirty images. In practical application, this is not as easy as I've heard it described. When I attempted this with my K-3, I continually had images that showed ghosts, even ten or fifteen photos after the original. So while this is possible, it's not practical. Your best bet with pedestrian elimination is to set up your camera as described, take about eight or ten photos, and then use them as layers in post (or use the auto awesome feature on Google+) to eliminate pedestrians. 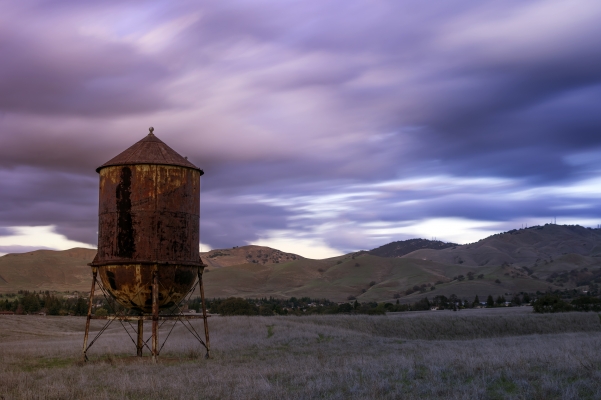 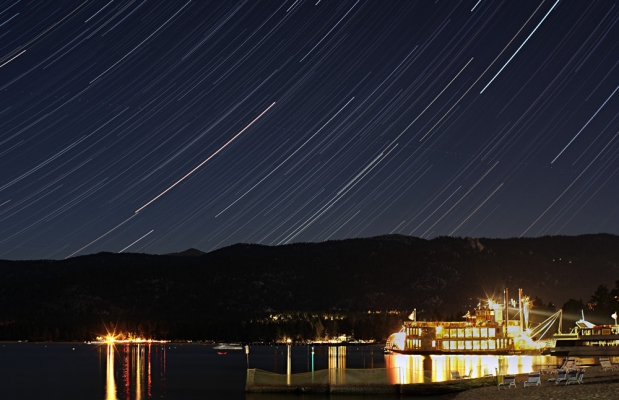 This mode adds each frame together. This is similar, but not identical, to the manner in which film-based double exposures work. As a rule of thumb, much beyond three shots in this mode and you'll probably have an unusable result.

Additive adds data from each frame. This mode does not lose any data. Think of it this way: red-green-blue (RGB) colors are measured from 0 to 255. combining each color channel is different amounts creates color. 255-255-255 — white — is all three. White trumps all other colors. Once you reach white with a composite image, there is nothing else that can be recorded and additional data will be lost.

If you take a two-photo additive mix of a white brick and a black brick, the end result will be a photo of a white brick. This mode can be useful if you don't have too many images to use.

Here's a sample of additive mode. The display image is the first frame in the sequence and the mouse-over image is the last. 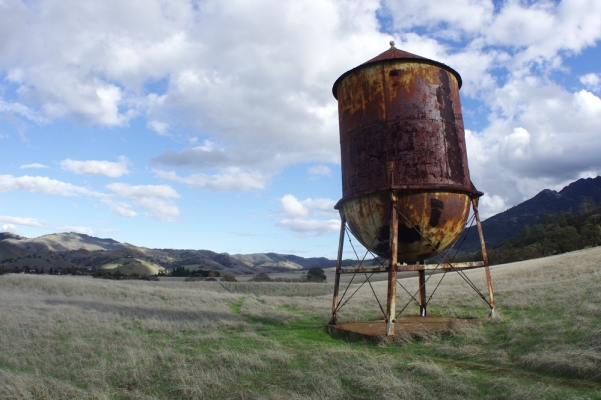 Here's a sample of bright mode. The display image is the first frame in the sequence and the mouse-over image is the last. 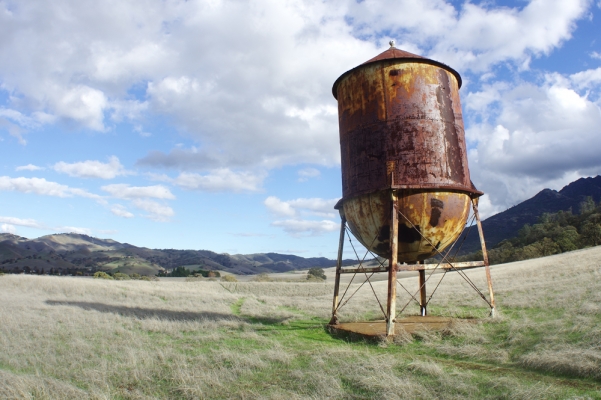 Bright works exactly as you think it might: by layering each photo and keeping only the brightest pixel in the stack. This mode has some creative uses. For instance, flash photography with an isolated, moving subject, especially in an otherwise dark area. This could also work in variable lighting conditions when you're trying to composite am image without shadow data contributing to the final tonality (as shadows would do in averaging mode.)

Continuous functions in the same way except that the user needs to hold the button down for the duration and allow the continuous mode to keep firing the shutter.

Self-timer works the same as the multiple-exposure mode except that the user needs to activate the self timer each time by pressing the shutter button. This mode also raises the mirror when the self-timer starts to eliminate mirror-slap camera shake when the image is taken.

Lastly, remote works the same way as multiple exposure mode except that the user activates each shot with a remote.

Interval shooting is, I believe, the most powerful shooting mode the Pentax K-3 offers. This allows the user to capture up to 2,000 images for a time-lapse sequence, image stacking, macro stacking, and noise reduction. The only drawback to the K-3's interval mode is the two-second between-shot lagtime. My sincere hope is that a future firmware update will provide a zero-lag option.

Interval shooting is a great option for capturing timelapse imagery. Here's a basic example of a time-lapse movie.

Interval composite mode marries multiple-exposure and intervale shooting modes. It has all the functions of both and results in a single, composite image based on multiple images taken at an interval. This is a great mode if you want the final result of a star trails or cloud trails photo but without all the constituent images clogging your SD card or hard drive.

This mode works by taking an image at every set period. It then combines each image it takes with the user-selected blending mode. If you elect to save the process, you get every photo that contributed to the final as well as the fine. That provides some significant creative opportunities. Here's an example of a final image taken in interval composite mode: 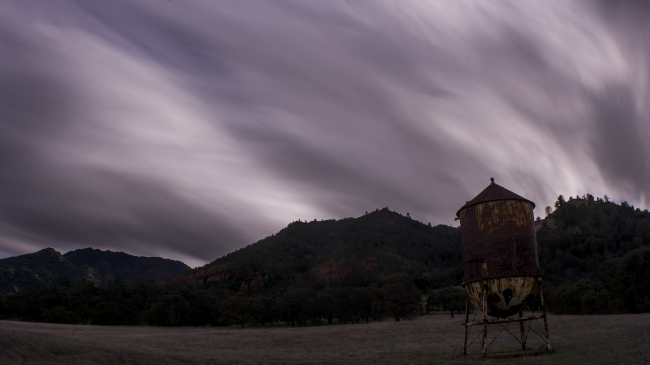 You can, however, save the process (each compounded image) as well as the final result. This is a great way to create some breathtaking imagery. Here is a fun example I made as part of a larger photographic project:

Related to the creative drive modes, in-camera high-dynamic-range (HDR) image capturing allows Pentax users to capture images that have more accurate exposure data from the shadows to the highlights. Pentax has, to-date, classified HDR as an in-camera effect, but HDR operates unlike other in-camera effects by changing the drive mode.

HDR requires that multiple images taken as close to simultaneously as possible to deliver the finished result. In newer bodies, all three images are taken in rapid succession while the mirror is up a single time, making the HDR capture a single image, but not saving the sonstituent images.

HDR has uses in difficult situations, such as areas with harsh shadows and bright highlights. However, it requires a tripod, without exception, to prevent ghosting (unless you have a newer Pentax body that has auto alignment as a feature of HDR shooting.)

In-camera HDR shooting, for most Pentax bodies, comes in two varieties, weak and strong. In newer bodies, a third level was added and the HDR modes are referred to as 1, 2, and 3. One huge advantage of using in-camera HDR instead of taking multiple photos and creating your own HDR in post is that your Pentax will create an HDR raw file if you shoot raw. This allows even greater exposure and dynamic range control as opposed to JPEG captures that are then merged in an HDR compiling software.