Bringing it all Together with Converging Lines 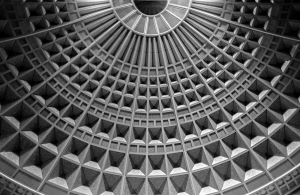 In this ongoing series, we examine different photographic techniques, their use, and how to achieve them. This article looks at converging lines and discusses how to use them well, poorly, and to achieve different goals with your photography. 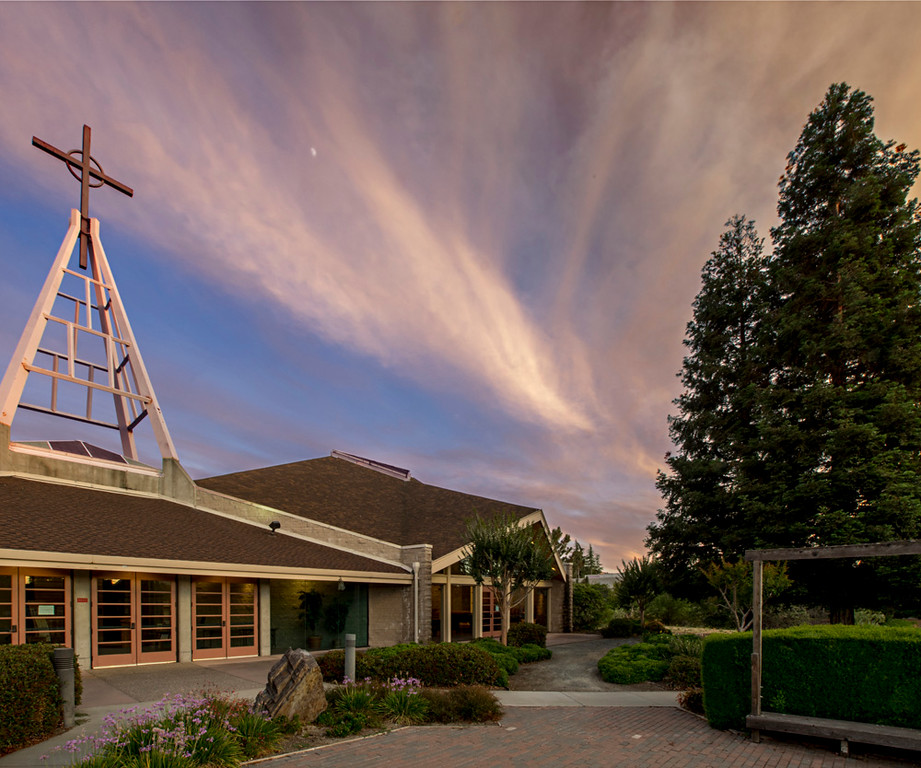 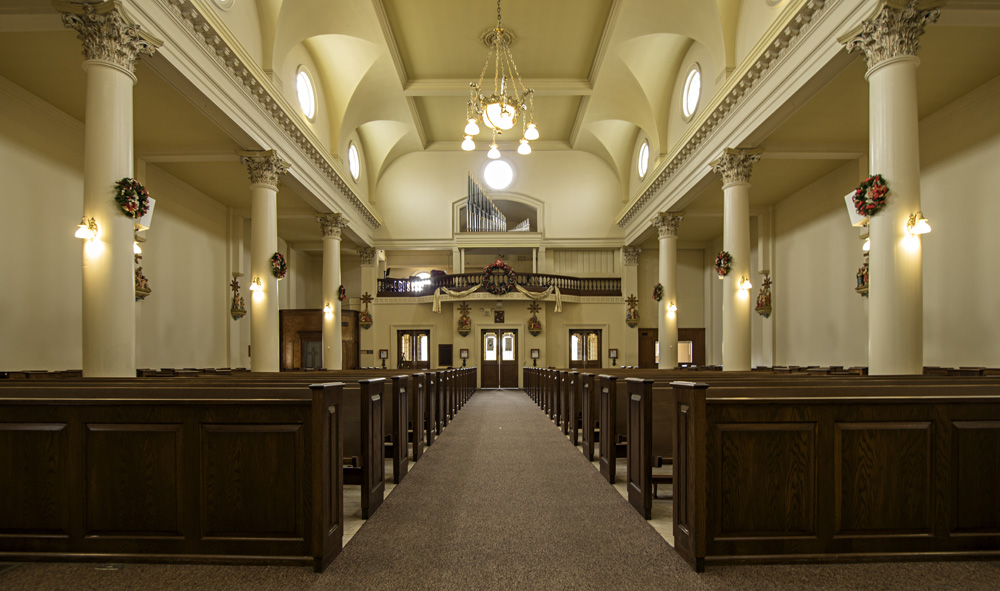 Photographs, regardless of format or technology, are two-dimensional. Image depth comes about through a number of means, one of which is converging lines. Lines create depth as a result of converting our three-dimensional world into a two-dimensional place. Parallel lines that stretch away from the camera will appear, instead, to be converging lines that, drawn by themselves, are just two sides of a triangle. 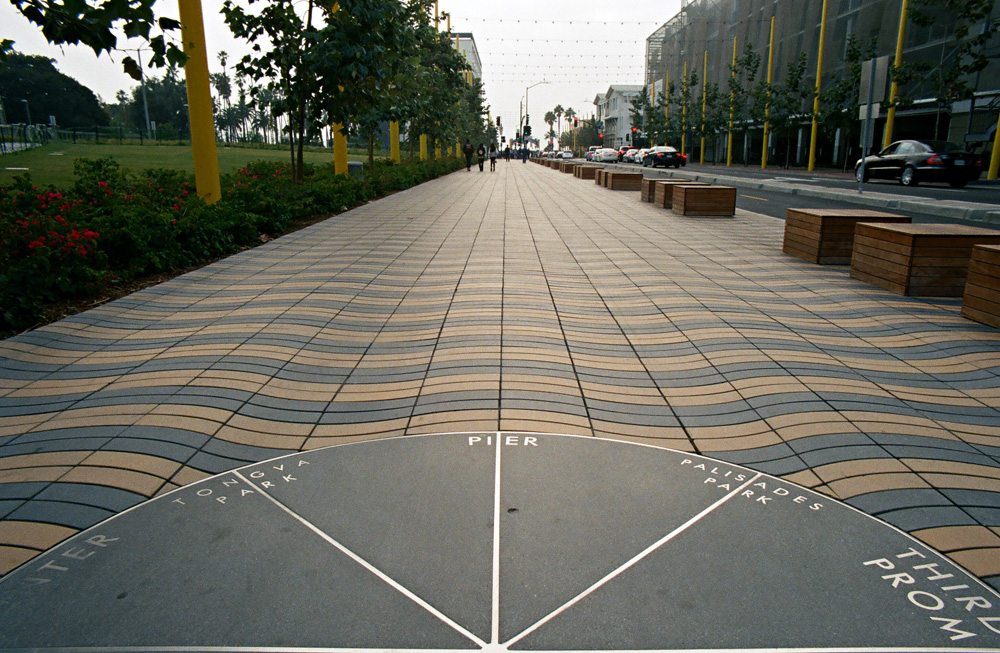 In the above photo of the Santa Monica sidewalk that leads to the waterfront, we see multiple sets of converging lines, all of which work together to create image depth. The inclusion of pedestrians on the sidewalk also creates depth by adding scale. 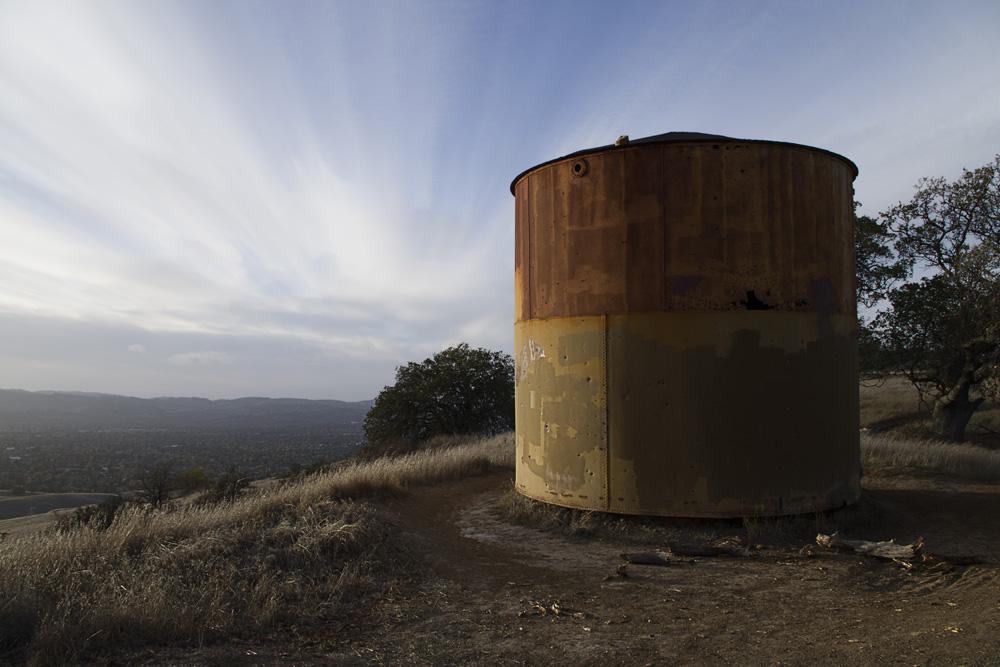 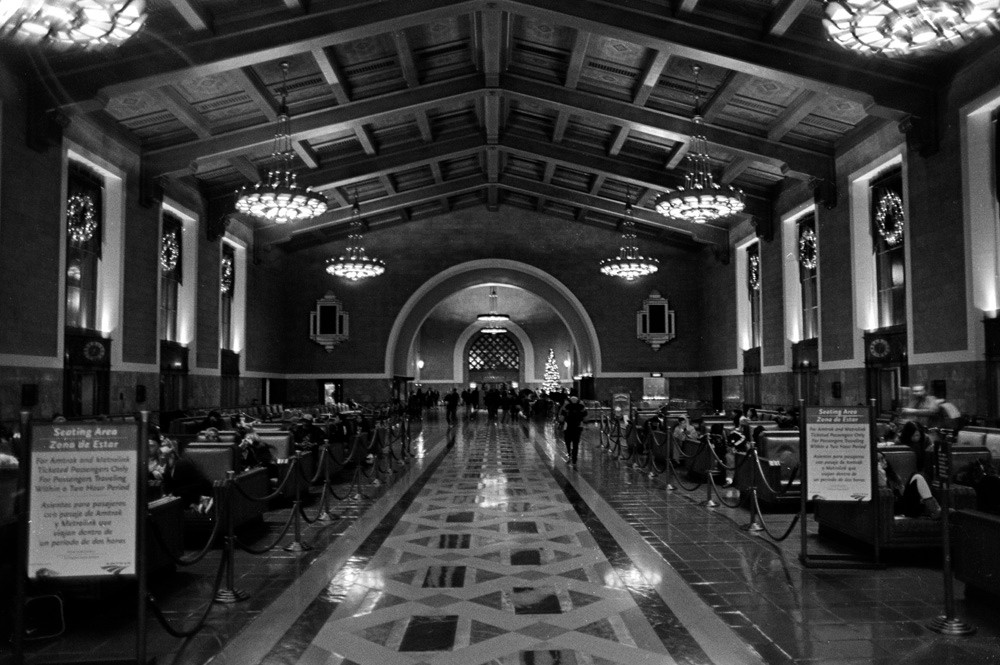 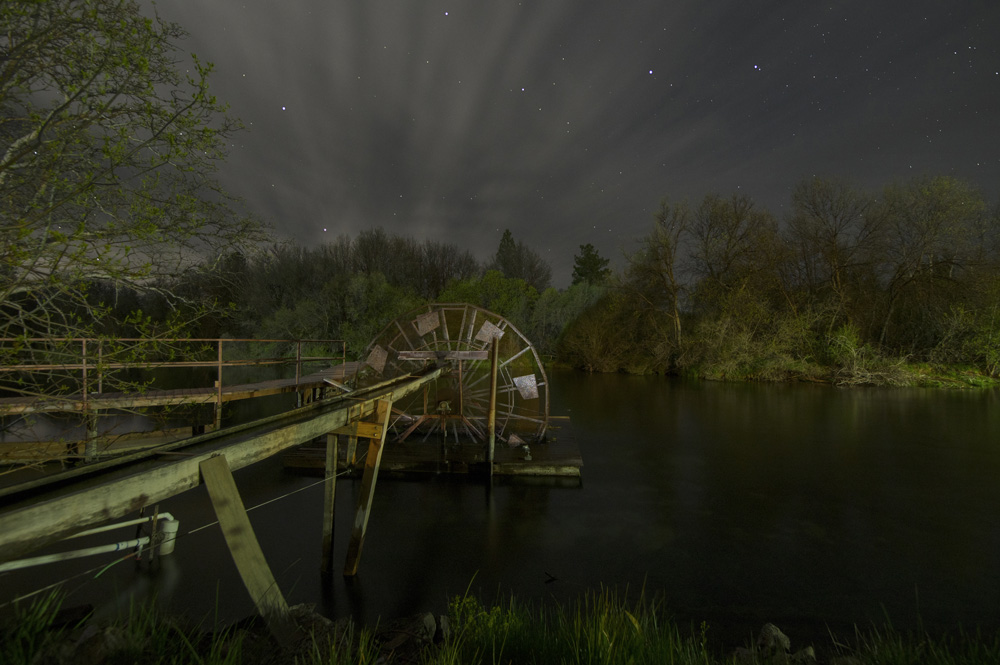 Both images show converging lines adding depth to an image. In the first, the use is overbearing and dominates the image heavily. In the latter, the converging lines are an image element that shows background depth without dominating the image.

Tip: When adding depth to images with converging lines, try to use the lines as an image element, not as the complete image.

Drawing Attention to an Image Element or the Subject 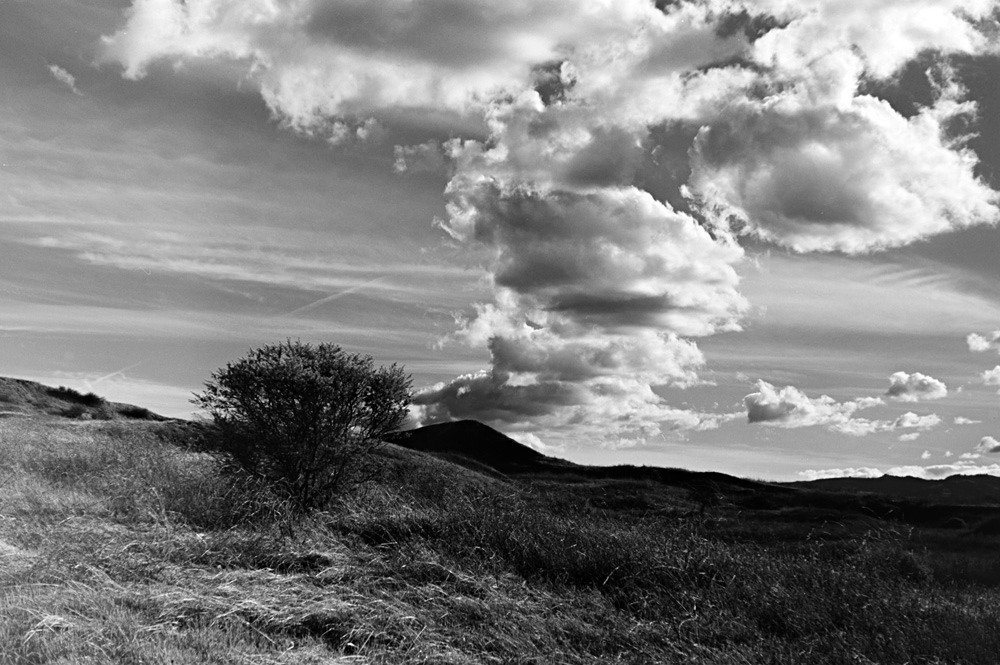 Converging lines can be used well to guide a viewer's eyes to an image's subject. In the above photo, your eyes were likely, ultimately, drawn to the small bush in the lower left. In this image, converging lines combine with the rule of thirds and tonality to ensure that the bush is the subject. Let's see how the image's converging lines facilitate this. 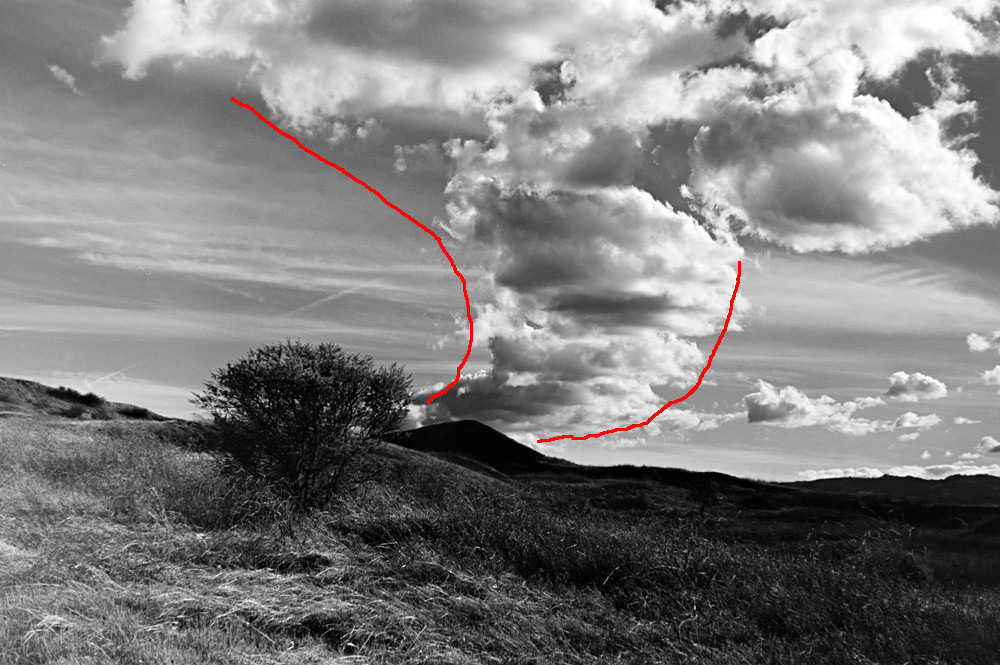 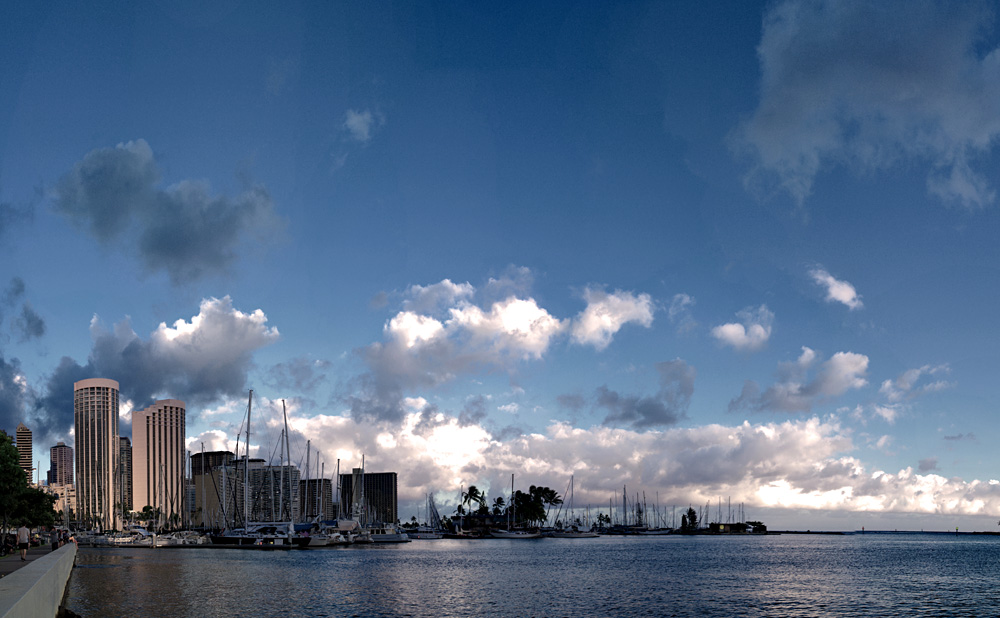 What part of the image attracts your eye? If it's the pale-red hotel in the lower left, that's normal and intended. The converging lines of the horizon (on the right) and harbor wall (the gray line on the left), converge as the hotel. In this example you can see that the horizon line does not even have to be complete to be an effective converging line. 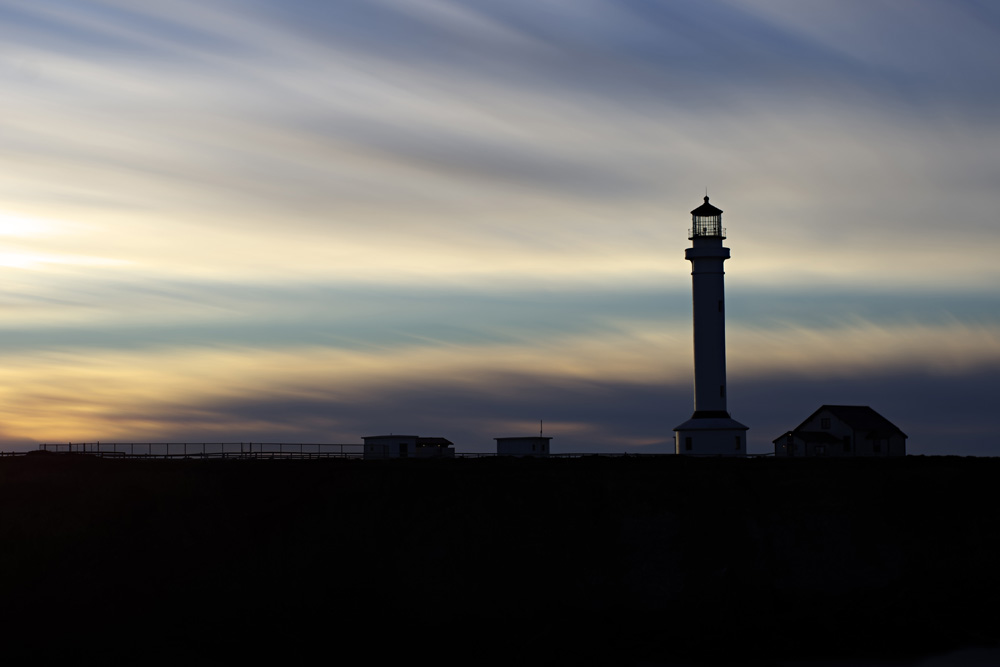 This image has converging lines that are a bit better hidden in the sky; however, you're likely to have an idea of them at this point. The blue line of sky and the alignment of the clouds lead the viewer's eye to the lighthouse. 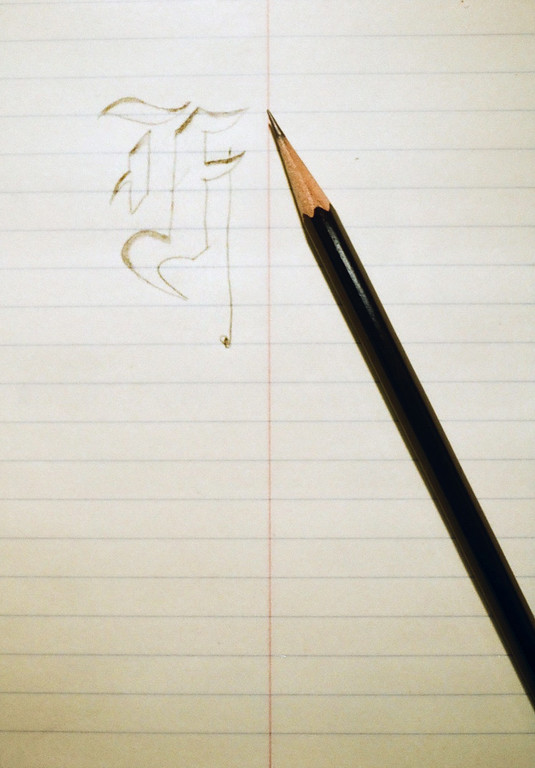 Here the converging lines are the pencil and the vertical line on the paper. Their convergence indicates the location the viewers should focus on, the Olympus Pen F logo.

Tip: Converging lines don't need to be an inherent part of a scene. If you stage the shots, or take a still life, you can control the image elements.

Keeping a Viewer's Eyes in the Photograph 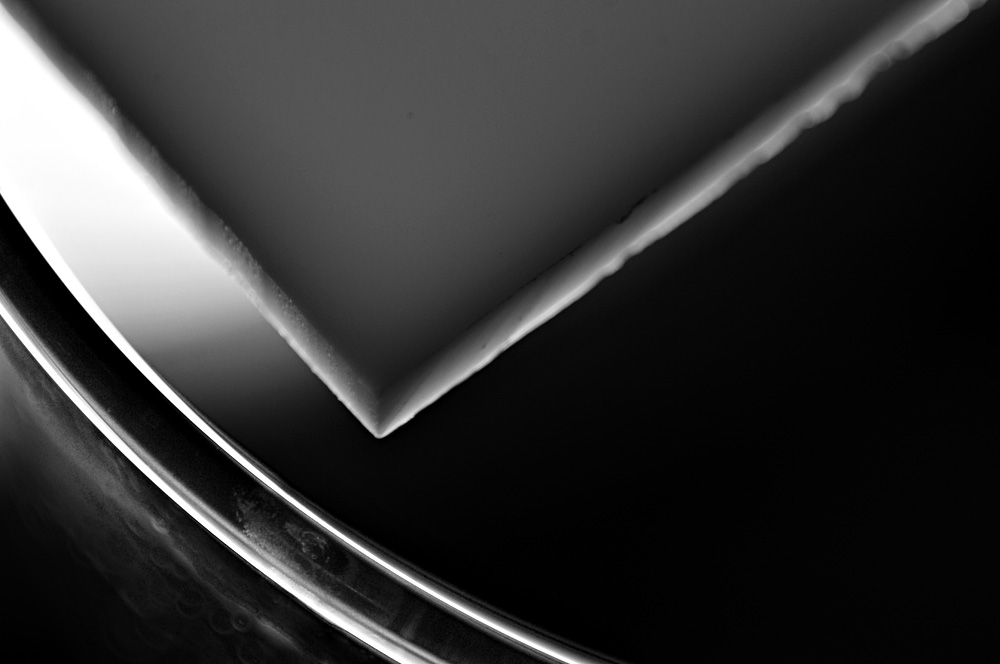 In the above image, the right angle's lines converge at a rounded line. The convergence provides a point of interest. The lines converge on a boundary, the curved line that helps keep the viewer's eyes in the photo. 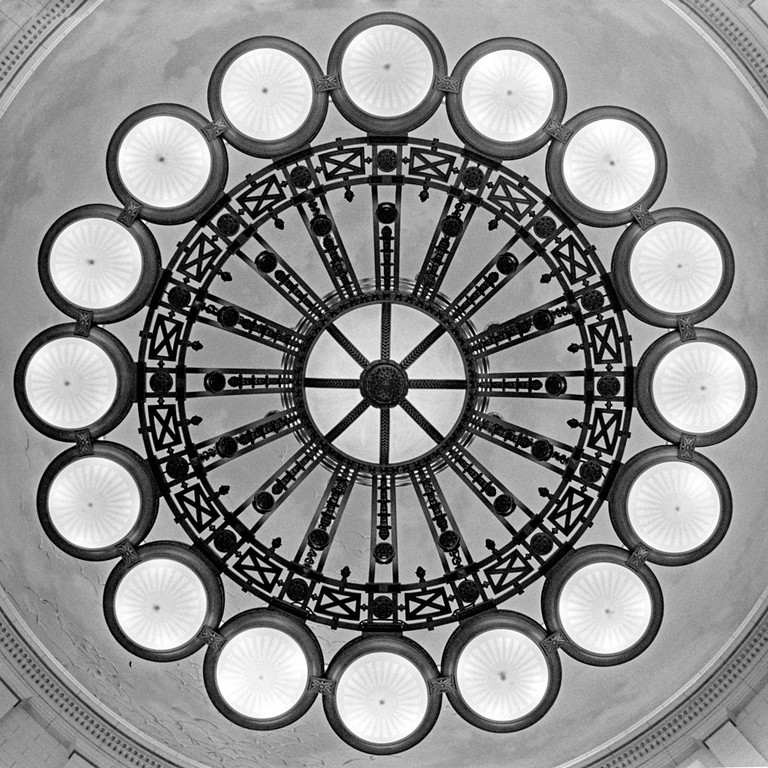 Here the photo is only converging lines. They direct the viewer's eyes to the center of the chandelier and work to keep the viewer focused there.

Guiding a Viewer's Eyes through a Photograph

Guiding the viewer's eyes though an image with converging lines can be a challenge, and may be the most difficult use of them. Here are two samples that show how converging lines work to help a viewer see all of the image. 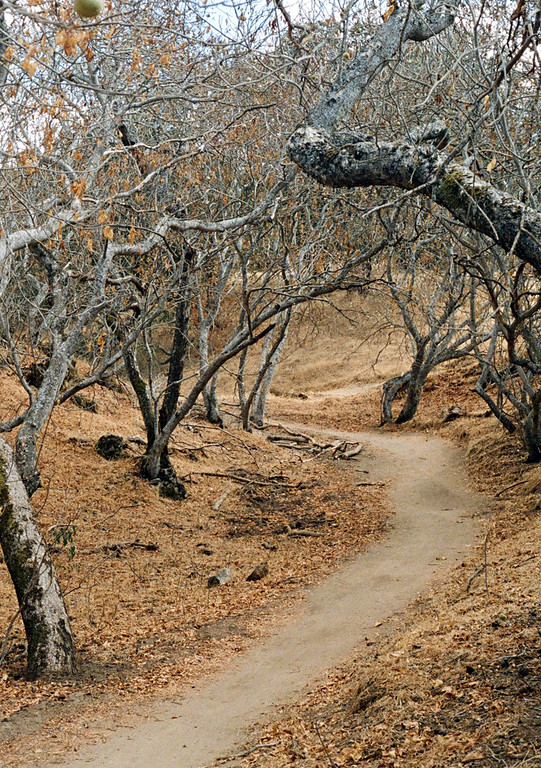 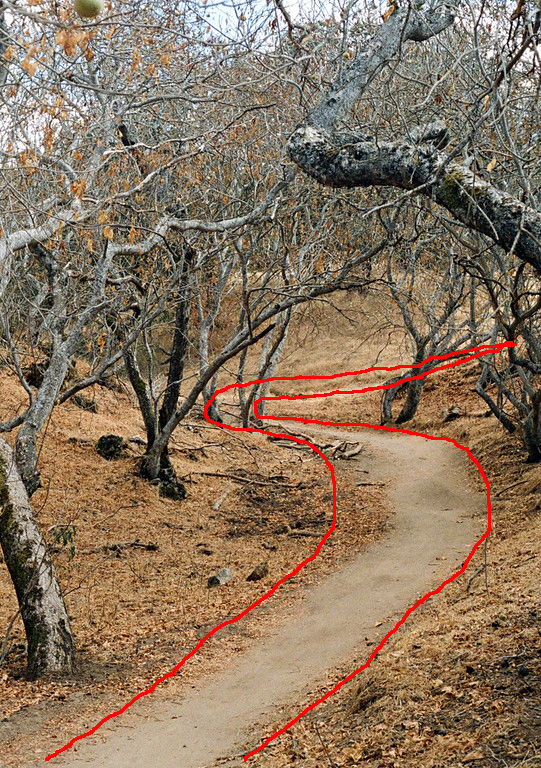 The lines of the path converge as they recede from the camera. They also wind through the image to help viewers take in the entire image.

Let's return to the image that opened this article. This image is filled with converging lines. They help to ensure that the viewer sees each image component. The lines also help to keep the viewer's eyes in the photo by converging in an area in the image's center. In this photo, converging lines are doing a lot of work. 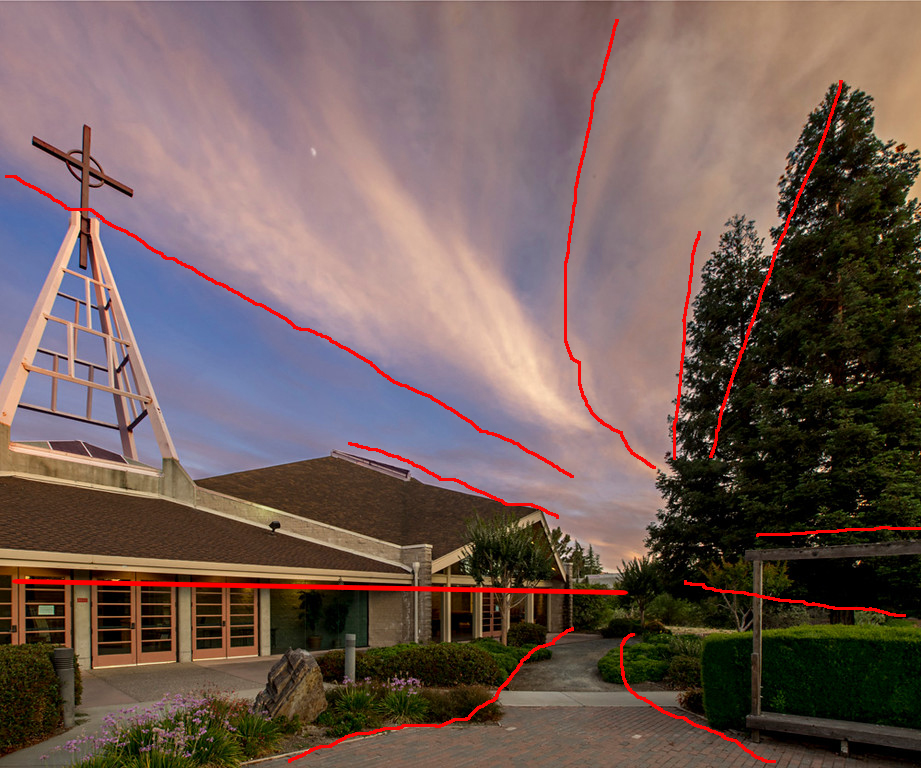 If this article leaves you with one key concept, it is that converging lines can be much more than just an exercise in image perspective.

Adding Meaning to an Image 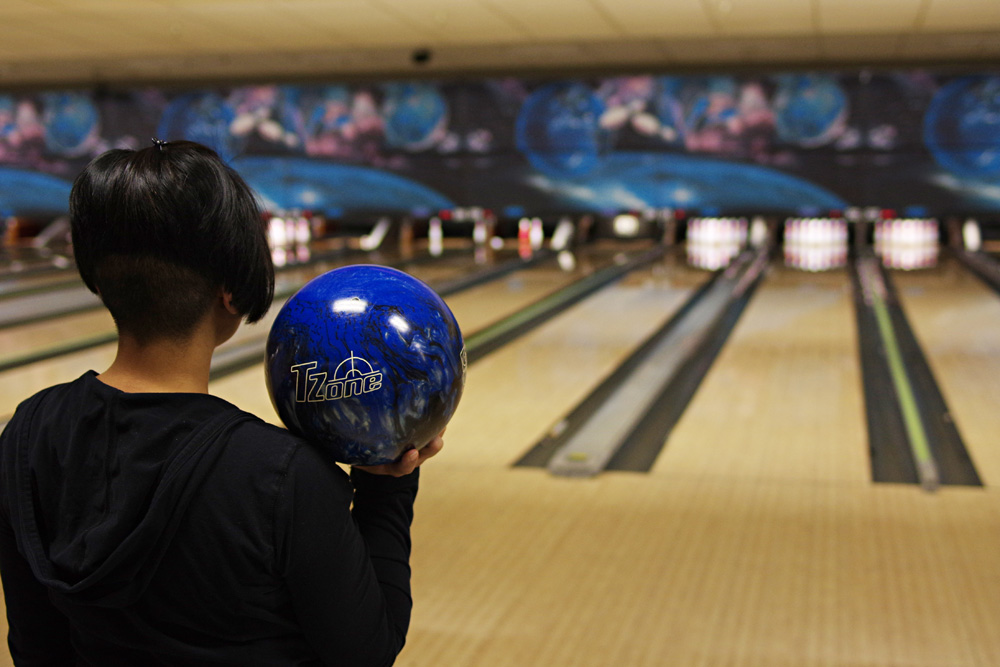 Here the converging lines stretch from the bowling ball to the pins. The lines draw the viewer's eyes toward the waiting pins adding meaning and drama to the image.

Tip: Converging lines in the background can help separate the foreground subject from the rest of the image and add image depth without being overbearing. 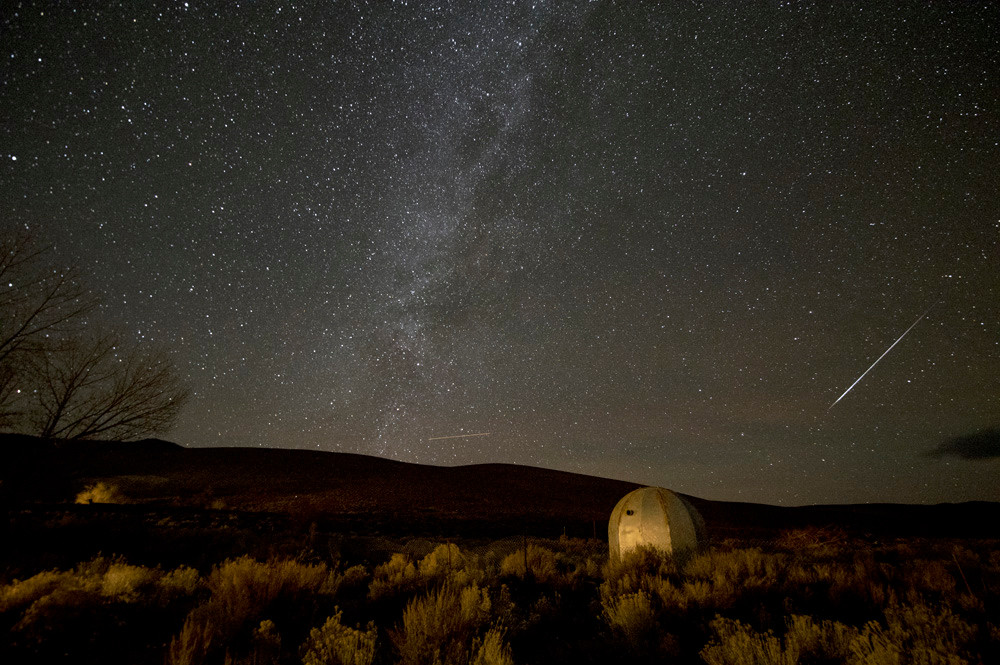 Note that the horizon line and the Milky Way form converging lines that keep the viewers' eyes in the upper right quadrant. The meteor line then points at the desert hut. 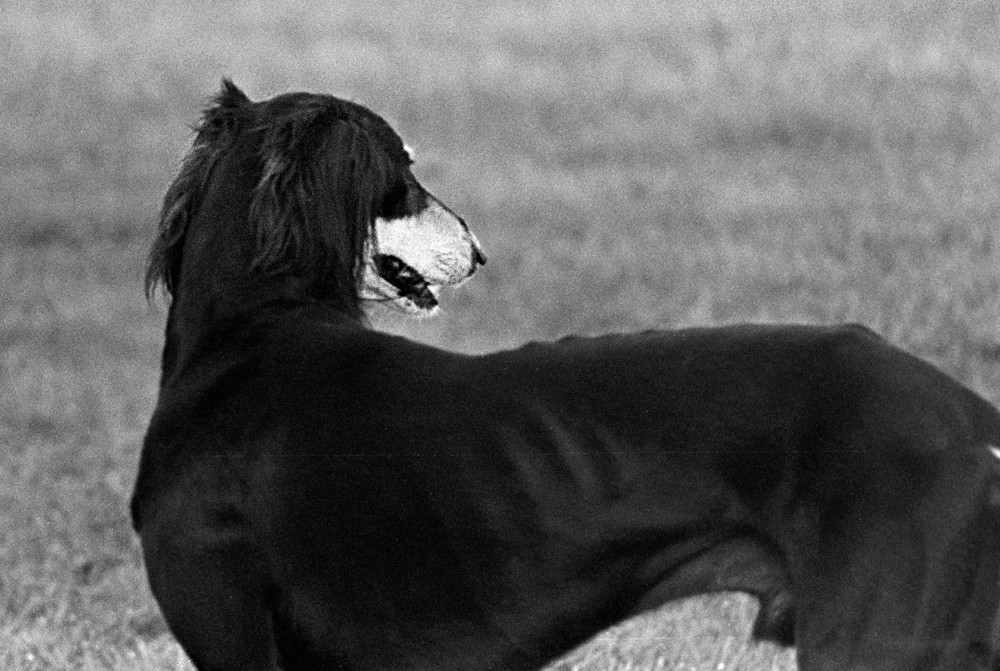 This photo is significantly more difficult. Note that the shape of the dog's body and its physical features converge on the snout and face.

Tip: Find ways to have subtle converging lines; work on your viewers' subconscious.

Not all uses of converging lines work. This section will share a number of samples with error that have caused the converging line element of the images to work poorly. 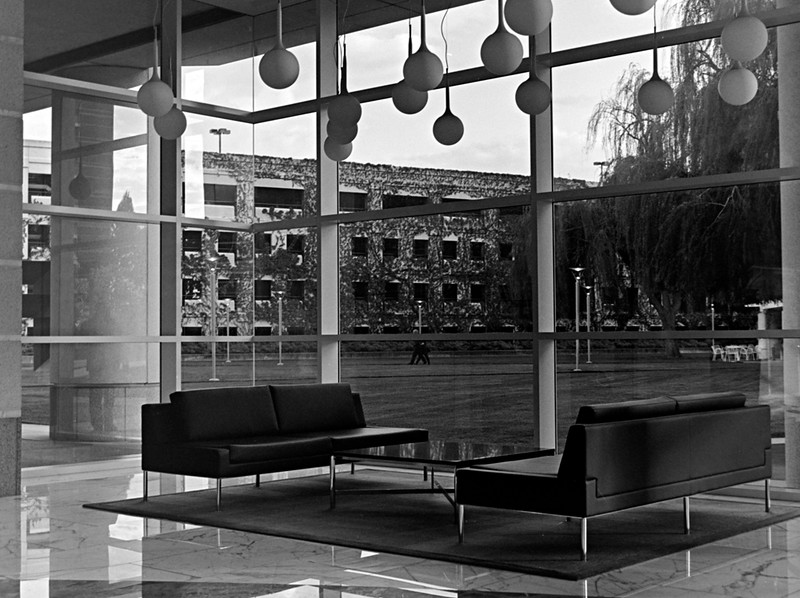 In this image, the only visible converging lines are in the windows above the parking garage in the background. For many reasons in addition to converging lines, this becomes one of the focal points in the image, and it is a fairly uninspiring focal point. 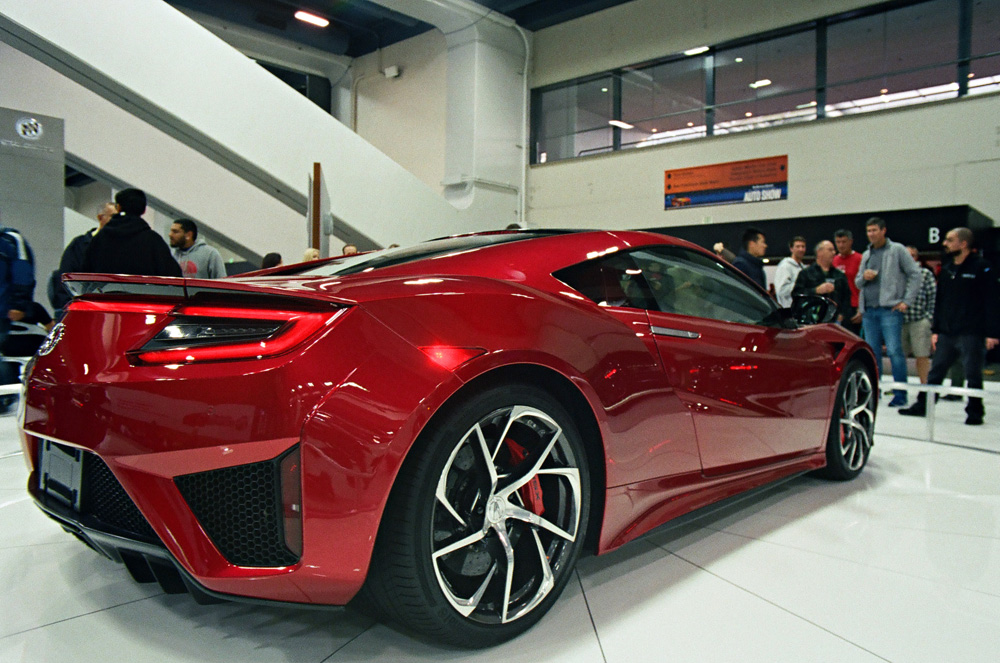 What part of the image were your eyes drawn to? If you said the people standing at the front of the car, that's normal. The car is a converging line element and directs the viewers' eyes toward the crowd. 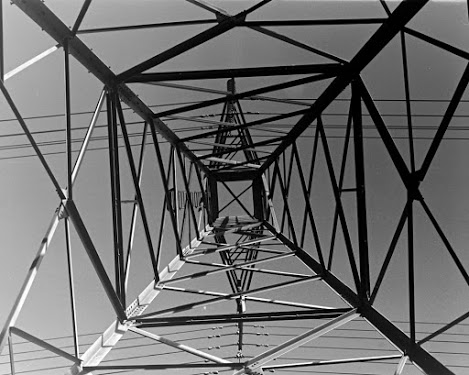 All that this image has are converging lines. The end result is that the image is fairly uninspiring. 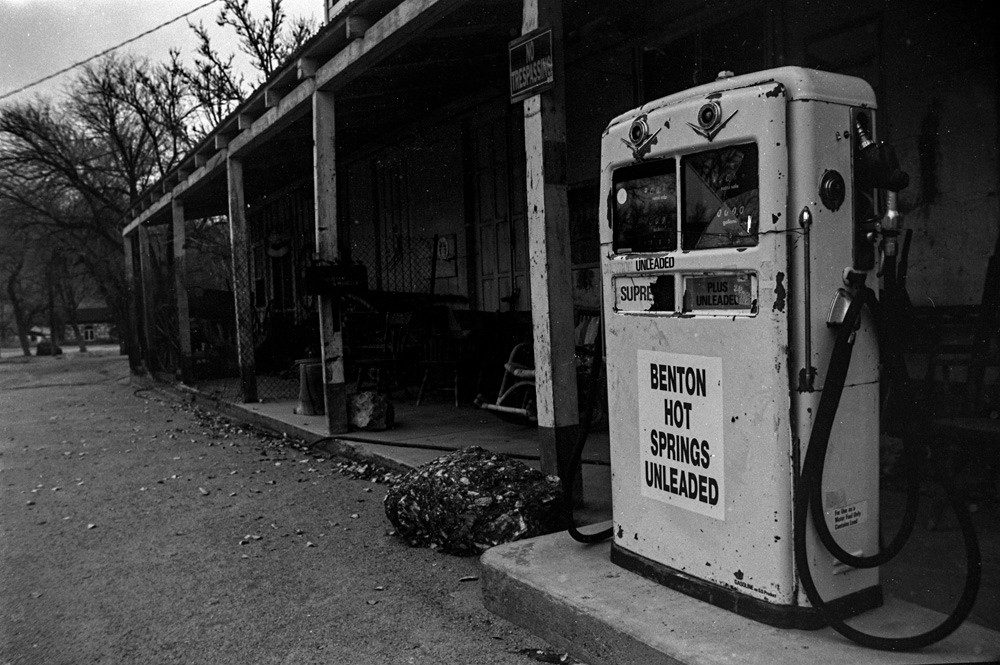 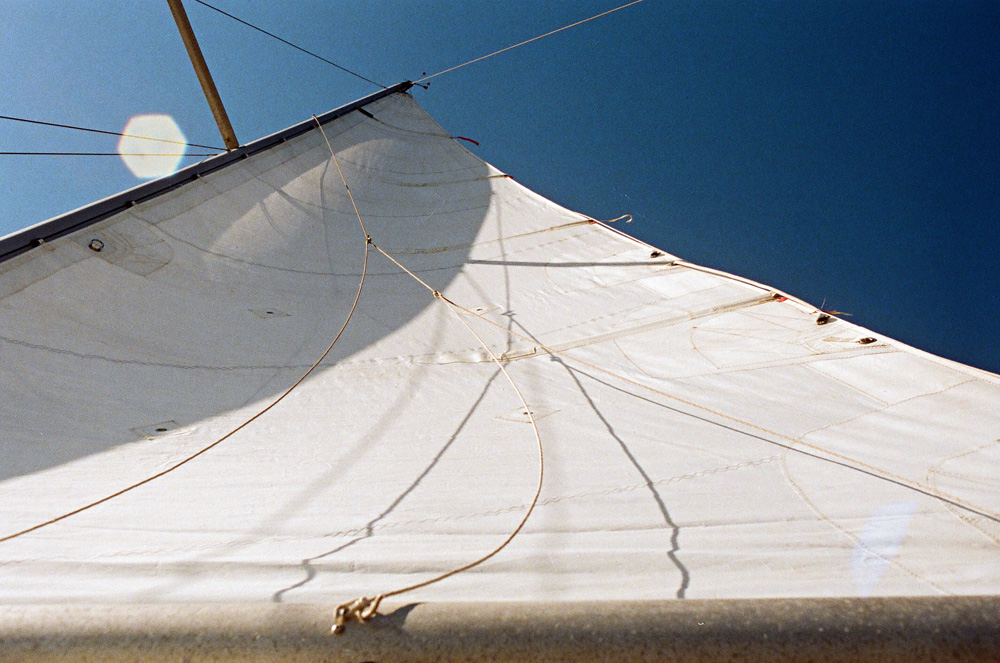 This image is little more than a white triangle on a blue background. Ultimately, the converging lines of this image do nothing to make it a suitable photograph. 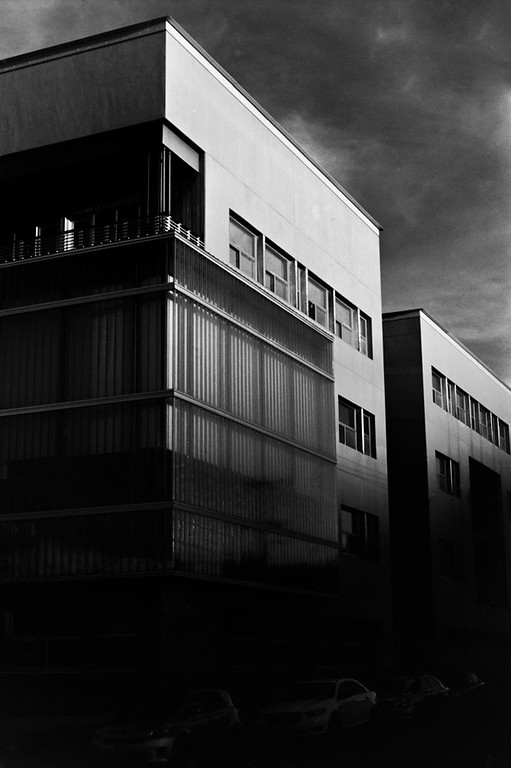 As with the Unleaded image above, this photo's converging lines direct the viewers' eyes right off the photo and on to something else.

Tip: Be sure that your images' use of converging lines is not counterproductive to your intent. 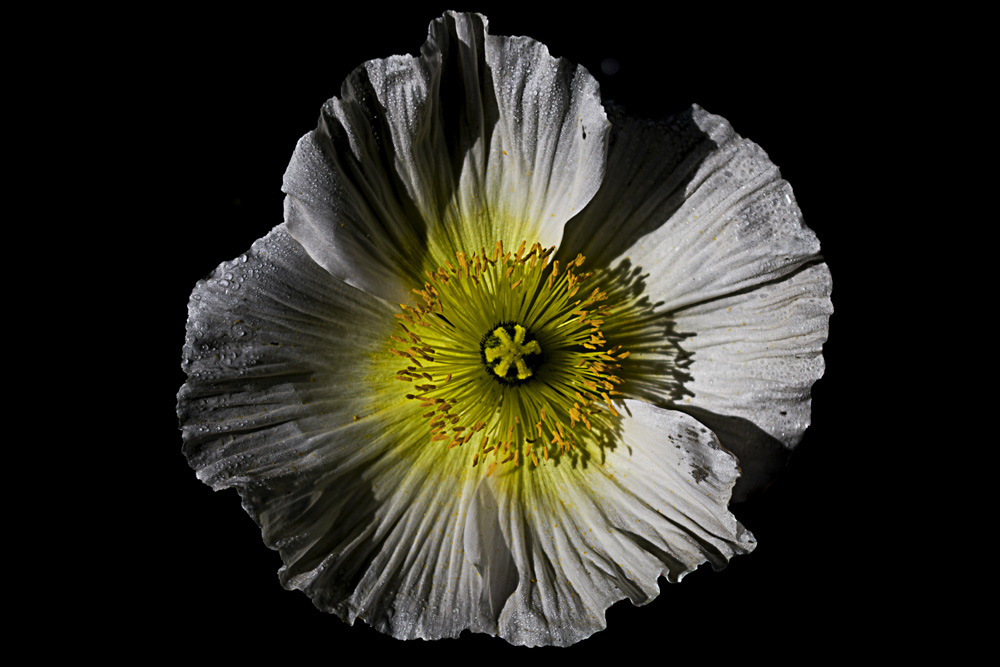 This flower uses converging lines, three concentric rings of them, to draw the viewers' eyes to the center of the photo. 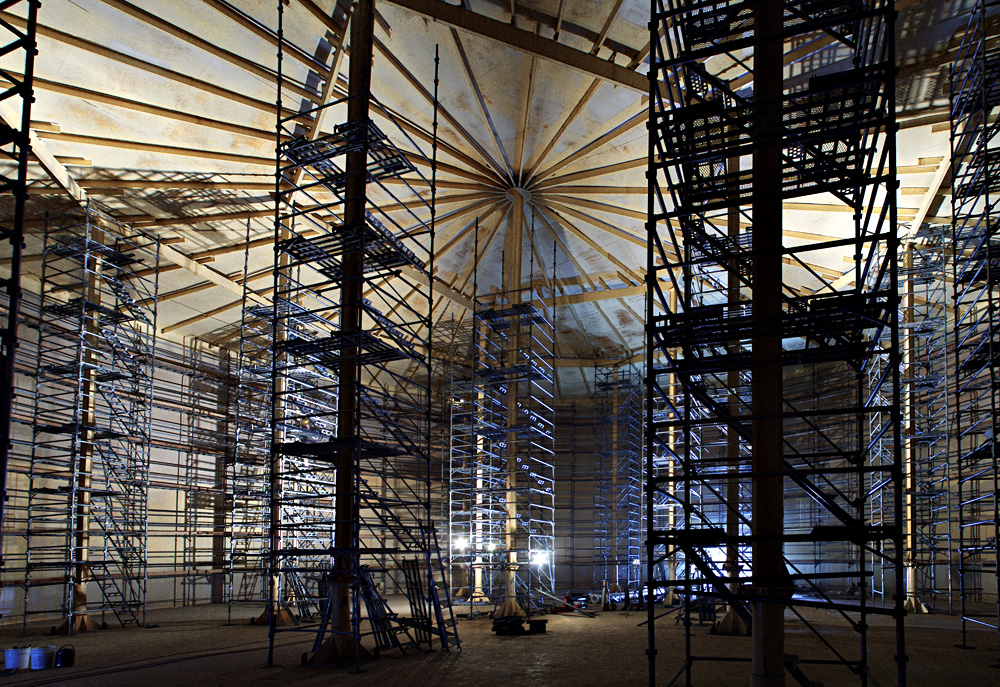 This photo of the inside of a fuel storage tank relies on converging lines to highlight the tank's mid-point. From the convergence, viewers' eyes are guided through the tank by the scaffolding. 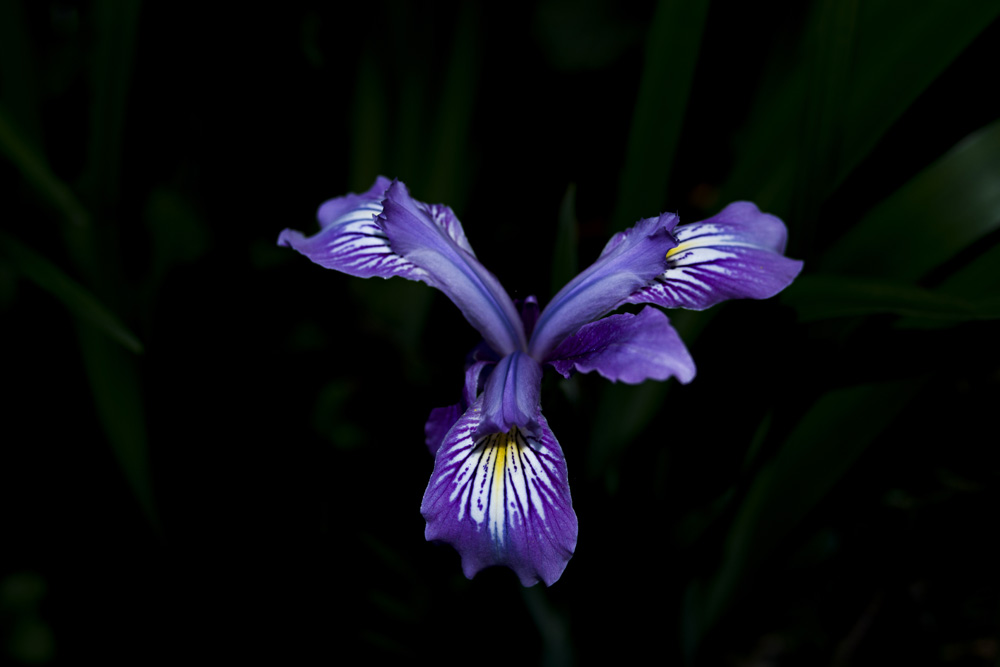 This flower uses converging lines to draw the viewer in to the flower's center and uses the geometry of the lines to add shape and depth.

Tip: Be creative with your use of converging lines. Surprise yourself with how they appear in your photos.