Landscape Photography: How to Expose for Mixed Lighting

Landscape photography can be very rewarding when done well, but getting that perfect shot comes with its fair share of difficulties, perhaps the largest of which is that you have virtually no control over the environment and lighting. Often when you're trying to take a really wide shot, you'll run into problems with mixed lighting, and it becomes difficult to take your shot so that you don't have underexposed shadows or overexposed highlights in the photo. There's not much you can do about changing the lighting, other than pick your time of day and look up weather forecasts, but you can compensate for some issues by setting your exposure properly. This is especially prominent if you're shooting at noon, when the sun is stronger and you’re working with harsher shadows with faster falloff. It’s the reason a lot of people opt for the golden hour because the quality of the light is easier to work with. 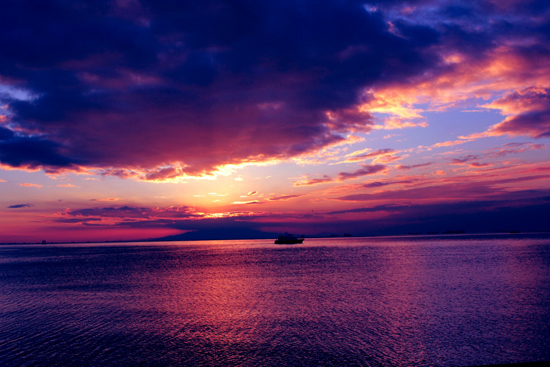 Use your Light Meter & Histogram

If you're shooting really wide, your light meter will give you a very general account of how much light you're dealing with. By changing the metering mode on your camera, you can get some more control over what you’re working with: evaluative/matrix metering, the default on many DSLRs, gives you a reading across the entire frame but biases the reading around your active auto-focus point. By changing auto-focus points you can try and scope out different areas of the image. If you want to target a more specific area, you can try spot metering or partial metering, which will give you readings based on a much smaller portion of the frame.

In addition to this, either after capturing a photo or in live view, you'll be able to view the histogram, which is a chart that allows you to gauge how evenly the photo is lit, and if any parts are over- or under-exposed.  Learn more about histograms in our guide.

Once you have your reading, it's time to set your exposure settings. Try to aim for the middle as a general rule (though there are always times to break them). Shutter speed, aperture, and ISO are your golden triangle of exposure: start your ISO off as low as possible, and only bring it up if you need to. Unless you're shooting at night, you'll probably be fine leaving it at 100. For wide landscape shots, aim for an appropriately-small aperture to keep everything in focus, unless you have a specific subject.

If you're happy with the way your shot looks, then great! However, you may well end up with areas that are over or underexposed. For those cases, you may want to try exposure bracketing. Exposure bracketing is key for creating high-dynamic range (HDR) images. Essentially, you'll instruct the camera to take a series of photos, at different exposure levels, and you can see which one looks best later, or combine them in post-production.

You can use auto exposure bracketing (AEB) to make the process easier, allowing you to set varying exposure levels that the camera will use to take the series of pictures. For example, you could set it to take a picture at 1 stop below 0, at 0, and at one stop above 0. Each brand of camera has its own method of selecting AEB, so check your camera's manual to find out where it is. Once you've found it, just select the stop variation you want and hit the shutter. Try starting with one-stop variations and then expanding or contracting the gaps from there as needed.

On Pentax DSLRs, exposure bracketing is accessed via the drive mode menu. 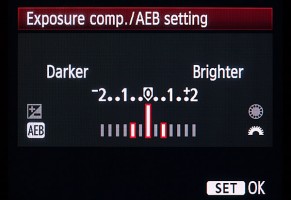 If you don't have an AEB mode, or don't want to use it, you can get a similar result from using a fixed aperture and just adjusting the shutter speed, using the light meter to dial in the levels you want. Once you have your set, Photoshop can automatically merge them together, as can Lightroom with the addition of a plugin. You can see how a set of three images can be combined for the final product: 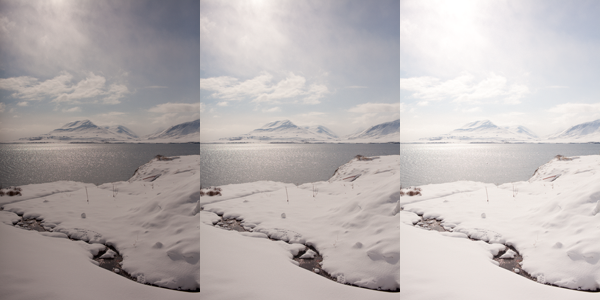 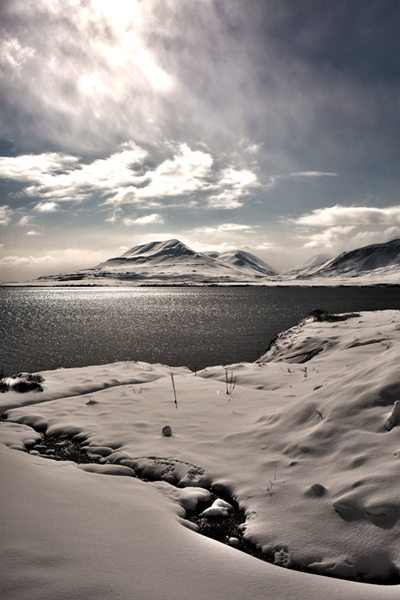 Cameras have a hard time capturing exactly what the human eye sees, and photos often need a bit of work in terms of lightening and darkening certain areas. If you have one photo that's pretty close and you don't want to go the HDR route, there are a number of tricks you can do in post-production to help get the final result you want.

Using a soft brush with a high opacity in Photoshop can either lighten or darken areas gradually. Photoshop's levels tool gives you more control over the highlights and shadows than the brightness tool, but in some cases no tool is going to be enough to compensate for an area where the camera simply couldn't record any data, as with areas that are severely under or overexposed. However, it's generally easier to darken things up (clouds are often a culprit here) than to make them lighter. In other words, it's usually safer to take light away than to add more light in post-production.

The Evolution of the Pentax K-mount