One of the goals of photography is to capture images, the way our eyes see them. The distance between the darkest shadow to the brightest visible light is between ten to 14 f-stops (or exposure values (EV). Negative film had a capacity close to matching this with around 13.

Until very recently, digital cameras restricted their images to supporting an EV-range closer to just 10 f-stops. This was one reason digital cameras operated best in overcast or flat light. A well-exposed image taken by a digital camera in bright sunlight often featured blown highlights or noisy shadow detail.

However "stacking" image files with bracketed exposures in software such as Photoshop overcame this limitation. But the stacking technique required a rock steady camera and mastery in using the editing software to produce a file with a high dynamic range (HDR).

A HDR moonlit shot will show a well exposed moon, well exposed details in windows, well exposed shadow details and against an inky dark night with stars and even clouds and textures of the earth are apparently well-lit.

A HDR shot of a cathedral interior will show perfectly exposed coloured leadlight windows with details of the darker surrounds well exposed and an overall unreal spacious feel to it. Odd lighting seems to avoid the usual photo-documentary look. It's eye  candy, folks. Words fail me. But check out HDR Photography for luscious examples.

More recently, Pentax and other manufacturers streamlined and sped up bracketed exposures to create a single HDR RAW file that can be manipulated and optimised in post-processing. It also means that we need not just work with a static interior or exterior shot as well.

At the time of writing, HDR RAW functionality is only available on the K-3, K-3 II, and 645Z. Other Pentax DSLRs only produce JPEGs via in-camera HDR. Thus bracketing will still be the go-to most of the time. But creative aspirational users should read on.

In-camera HDR shooting with newer Pentax bodies such as the K-3, offer several modes that are termed HDR-1,HDR-2, HDR-3 and HDR-AUTO.

With current HDR-RAW captures, you can get away by doing it with just a steady hand-held approach. The three quick captures occur in a second or less. The in-camera processing, which follows, takes a few seconds longer.

Exposure bracket values can be pre-set +/- 1, +/- 2 or +/-3. There is also a separate option to auto align the three separately exposed RAW images. HDR-AUTO option equates to using the pre-set +/- 2 and auto-align.

Given the broad range available in RAW, I set it for HDR-AUTO. Its firmware creates a single HDR and a large (~80-100 Mb) RAW file that is exactly three times as big as a standard RAW.

You can process this HDR-RAW file as is in Digital Camera Utility v5 (DCU5) and attempt to edit its contrast and tone. I find this ends in tears. 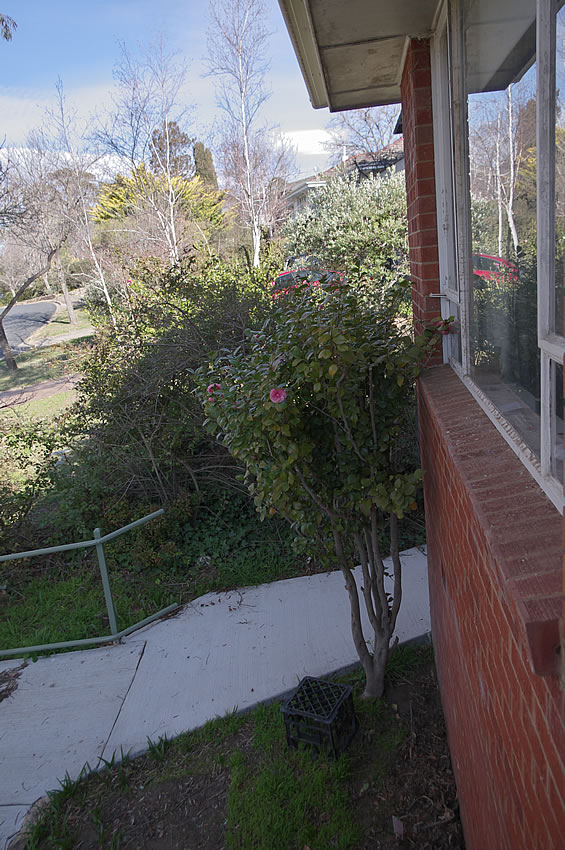 The absence of masking tools in DCU5 limits the final result. To my eyes, the Pentax firmware tends to blow the highlights too much and contrast needs to be upped without killing the shadow detail.

One option is to under-expose by a stop for normal exposures. But a better approach is to use the Digital Camera Utility v5 software to roll your own HDR merge.

DCU5 hides this option on default

The option is on the tool bar at the top but not displayed by default. To access it, you just click the triangular icon at the lower right of the Tool bar, and select whether to show or hide this button with [Show/Hide buttons].

Then when you select the RAW-HDR file in DCU5, the button will brighten subtly indicating that DCU5 has a RAW-HDR file selected.

Clicking the button will then prompt you for a destination for the separated files. Once selected the three files are created with a _1, _2 and _3 suffix.

The separation works well and results in three separate RAW files as below. These were taken using a hand held Pentax K-3. But how suitable are these separated files to use in other editing software. The answer is, I found it varies.

In Lightroom I was able to sharpen each file. But I found using Lightroom 6.1/CC’s HDR re-merging of these three file produced noisy and odd results. These include irritating pink artifacts that were not so easy to fix. I've also reported it as a potential bug to Adobe. 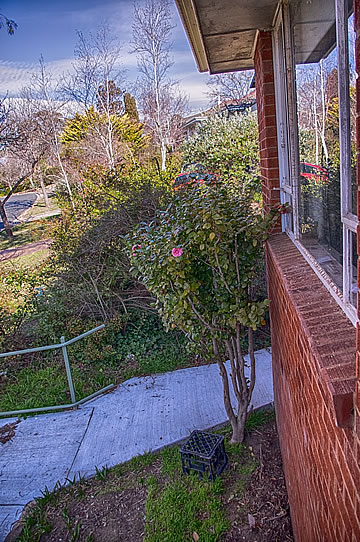 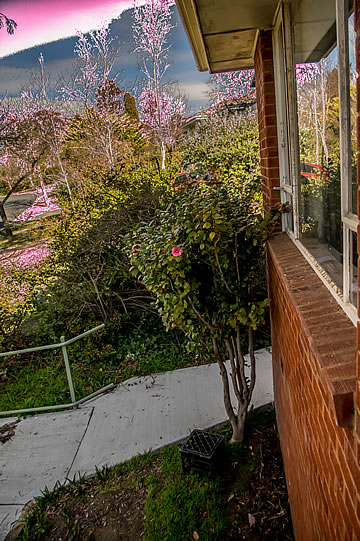 A better approach is to use Google’s HDR Efex Pro, available as part of a Nik collection for Lightroom, Aperture and Photoshop plug-ins in Windows and Mac. The full collection of plug-ins are available as a free trial to let you to use it without any limitations for a a 15-day period. After the trial period, the product expires, giving you an option to purchase the full version with no time limitations. There are other many other HDR editing options outside of the scope of this article, such as Adobe Photostop itself.

Given more time, I could make the Nik version "pop" a little more with stronger contrast. But the subtle incompatibilities with the current version Lightroom and DCU5's treatment effectively ruled out using Lightroom's HDR-merge as part of the merge workflow. Of course the Nik merge could be optimised further in Lightroom, though.

Below are two of the more effective examples using the workflow: DCU5 (separate HDR file) -> Lightroom (clean up and sharpen) -> Export to Nik -> Final touch-ups in Lightroom.

This achieves the "look" real estate agents crave for their property photos. It shows off a well-exposed interior and a well exposed exterior. In the past, to achieve this, you had to flood light or use flash in the interior to even out the overall result. In some cases they digitally super-imposed another well exposed exterior shot. But it was messy and you had to avoid unusual shadows. 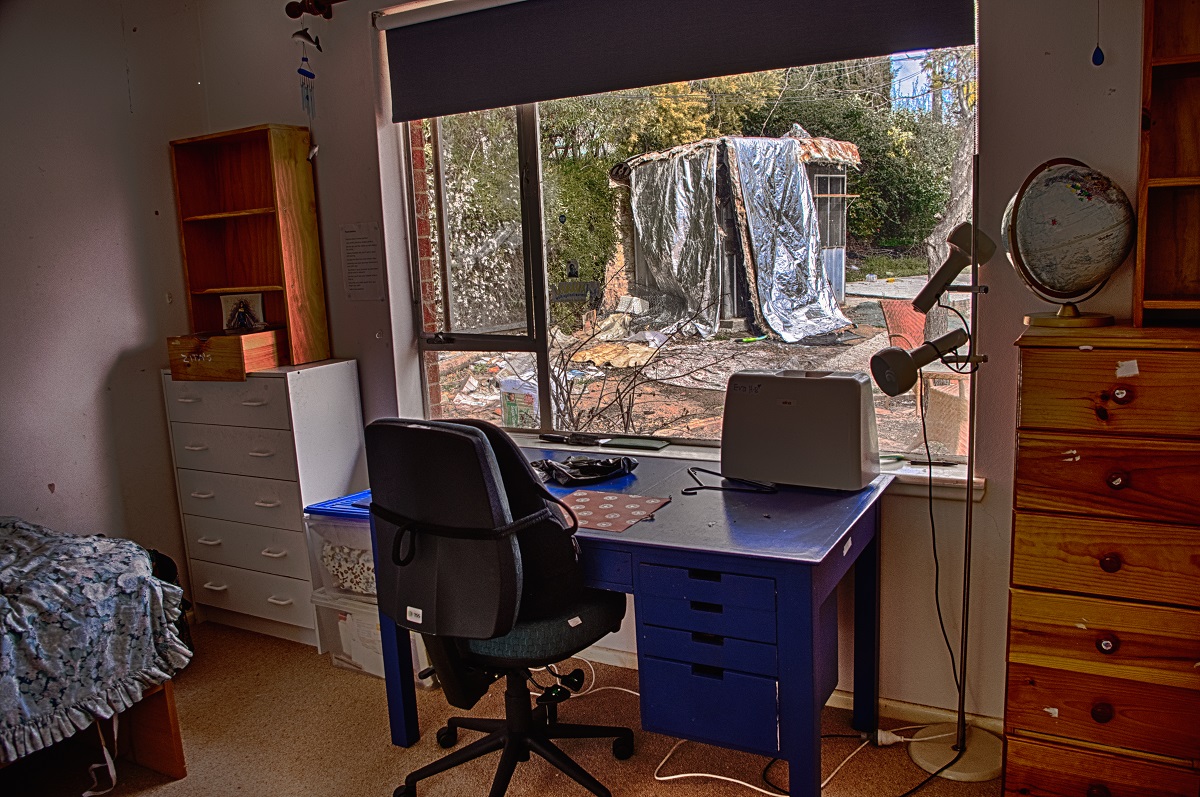 That's not a crystal meth lab in the back yard

That said, the HDR-Merge separation facility in DCU5 is unique and essential for Pentax users that want to get the flexibility of RAW files and post-processing in HDR without tears.

Capturing HDR via Pentax’s AUTO-HDR is also a time saver. Its limitation of capturing just three RAW files at a time seems fair. If you want to do more than three, take a series of bracketed exposures on a tripod with a wireless remote for generating more customisable options.

HDR Novices: Have A Go! 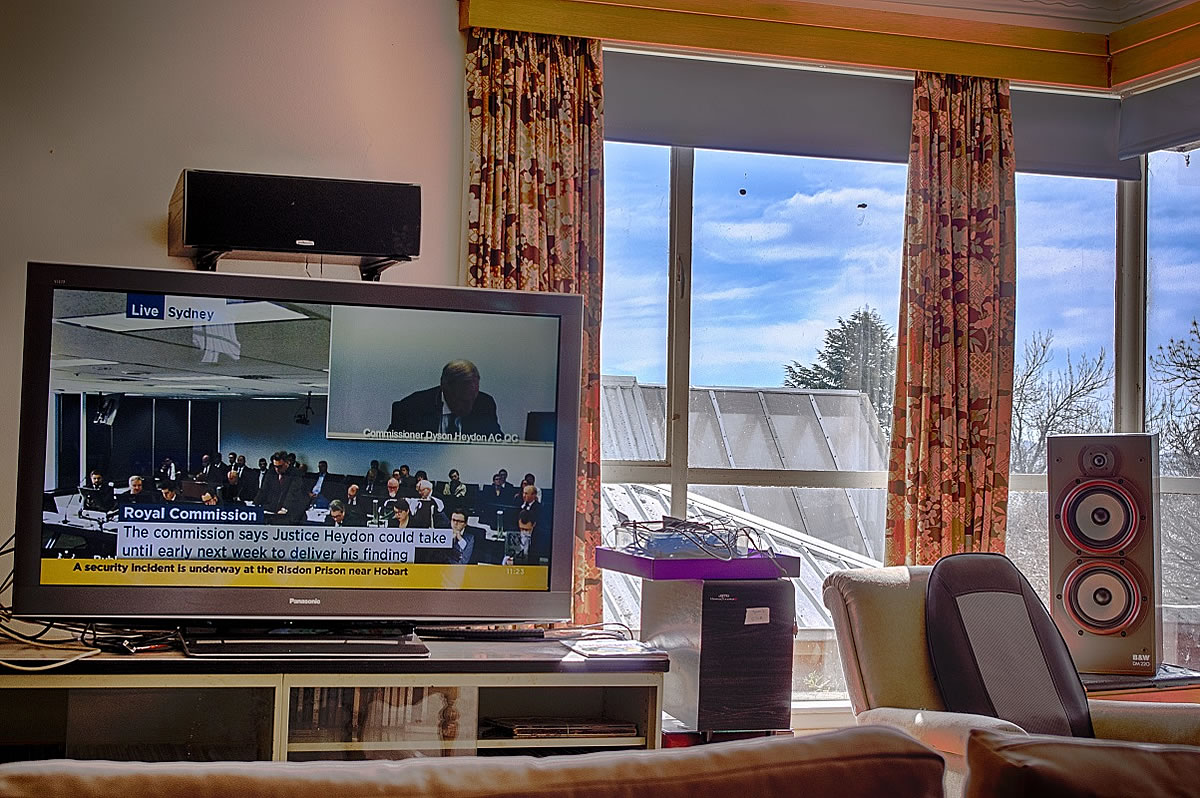 Halos on another glorious winter day in Canberra

I love capturing and processing HDR photos. It reminds me of when I used to dodge and burn prints in the darkroom many years ago. But some users hate HDR, with an equal passion.The HDR effect can be overdone, introducing glowing edges or halos, as can be seen in my final sample photo.

Processing HDR files can test both your hardware and software though. Apparently Lightroom 6 /CC specialists advise its merge function operates best with only two bracketed-expose RAW files instead of three or more. It seems the increased latitude in exposure in RAW files is sufficient to generate satisfactory results.

HDR processing will not save a poorly composed photo taken in contrasty light, though. Those who like photos that "pop" or desire edgy contrast in their toning may wince at the softer contrasts, even "anti-photographic" flavours that a HDR processed-photo can sometimes convey.

Still, learning to use HDR, like panoramas, infrared or B&W photos, should form part of every Pentax user's toolkit. It can be easiest and most dramatic way to convey subtle details which defy mainstream imaging devices. Have a go. Extend your creative and tonal range now.