The most affordable APS-C mirrorless camera out there! 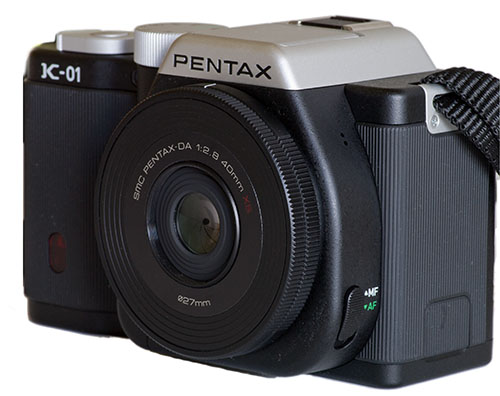 With the announcement of the K-01 back in February, Pentax became the first camera manufacturer to have one of their cameras designed by a celebrity industrial designer (Marc Newson).  While we'll leave it up to you to decide whether or not the camera looks appealing, Pentax did themselves admit at Photokina that the K-01 didn't get the kind of response that they had expected from photographers.  Initially, sales were slow, and many classified this camera as a joke simply because of its looks.  It's launch price of $749 (body-only) is about what everyone expected, and as such there wasn't much appeal to this camera apart from the fact that it takes the same lenses as Pentax DSLRs and vintage film cameras.

Now, the tides have turned completely.  Pentax USA has slashed the price of the K-01 to a mind-blowing $346, and even at this low price it comes with a FREE case, SD card, and card holder at some retailers.  What does this move mean?  Simply put, Pentax wants to get this camera to sell.  We think they've been successful, as dozens of our forum members decided to pick one up this weekend (some even went as far as getting two bodies!).

More importantly, however, it also means that you can now get a camera with fantastic image quality for a fraction of what a comparable DSLR would cost (the Pentax K-30 is $749, the Pentax K-5 II is $1199, and the Nikon D7000 is $999; all three practically have the same sensor as the K-01).

Looks aside, the Pentax K-01 is a very capable camera.  With a 16.3 megapixel APS-C sensor, ISO 100-25,600, full-HD video at 30fps, and full P/A/S/M and RAW shooting capabilities, it doesn't lack much as far as features go.  The K-01 is currently the most advanced Pentax camera for shooting videos, as it supports focus peaking for easy manual focusing, an external microphone input, manual video controls, on-demand video AF, and a variety of framerates including 60FPS in 720p. To learn more about the K-01's performance and specifications, check out our in-depth Pentax K-01 review. 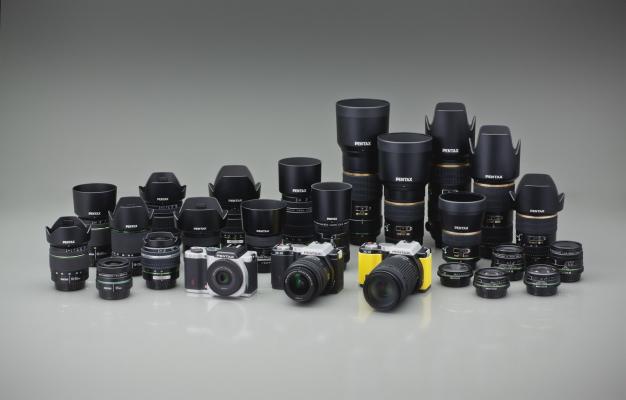 For those of you unfamiliar with Pentax cameras, the K-01 uses Pentax's K-mount, which is the same mount found on DSLRs and all film SLRs since the 1970's.  This makes the Pentax K-01 backwards-compatible with thousands of lenses, meaning that you'll practically always be able to find a lens that fits your needs.  No matter what your budget is, there will always be a K-mount lens for you; the cheapest lenses start at less than $5 used, while the fastest telephotos can cost as much as $10,000.  K-mount lenses come in a variety of flavors, including fully manual, manual focus, traditional autofocus, and silent SDM autofocus.  All these lenses are fully supported by the K-01; visit our Pentax lens database to learn more about the different Pentax lens series. See also our custom-tailored Pentax K-01 lens guide.

Regardless of whether or not you're a current Pentax user, the Pentax K-01 can't be overlooked at this new low price.  It has always been a solid performer, and thanks to the fact that it is now very affordable, it will be within reach for many new users.  You can now buy a DSLR-grade camera that's practically in the point-and-shoot price range.  And while we're pretty confident that this price will last, the camera probably won't, as Pentax hasn't hinted at a successor at all so far.

If you currently own Pentax lenses, then you can almost not go wrong with the K-01 body w/ free goodies (bag, card, memory case).  If you don't, then here's a list of the kits that are currently available:

We hope to see many new K-01 owners on the forum in the coming weeks!  B&H, Adorama, Amazon, and the Pentax Web Store all have it at the new price.