How to (almost) replicate full-frame rendering for your Pentax lenses on a Sony NEX camera? 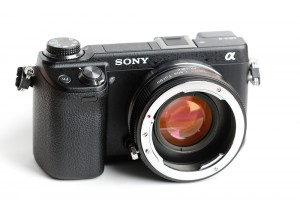 When reading initial announcements about speed-boosting adapters, I will admit to thinking it was an April Fools joke. The concept was simple: make a focal lens reducer which adapted lenses built for 35mm cameras onto the NEX and µ4/3 cameras. The effect was dramatic, and to me, unbelievable; namely, the adapter would widen the field of view at the same time make the aperture one stop faster. In other words, it brought those 35mm camera lenses back to (almost) their original rendering. Wide angle lenses are back to being wide angle lenses, with a faster aperture to boot.

The initial adapters were made by Metabones for Canon and Nikon lenses, and more recently Chinese manufacturers have started making adapters for the smaller brands. There are now options for using brands like Contax, Leica R, Canon FD, and importantly for me, Pentax.

Despite switching to ‘full frame’ (24mm x 36mm sensor) Nikons several years ago, I never replaced my beloved Pentax lenses. In fact, weighing all the attributes, I don’t think any other manufacturer offers analogous replacements for my Pentax collection at any price. These sorts of adapters could be the solution for which many of us with 35mm-format lenses have been waiting.

Disclaimer: I am not in any way affiliated with Sony, Pentax, Metabones, Zhongyi or any other manufacturer. This review was not paid for by any party. 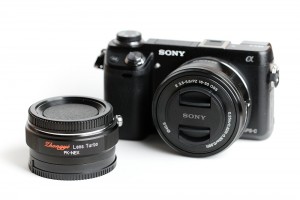 The Lens Turbo is small, roughly the size of most 1.4x teleconverters, and weighs in at 175g. While certainly not heavy, the purpose of owning a Sony NEX camera is because they are so small and light. The 16-50 lens which came with the camera weighs a measly 116g for comparison, so even the lightest lens added to a Lens Turbo is going to weigh at least double the diminutive kit lens. It is solidly built, locking comfortably on both the camera and lens.

The Lens Turbo has no electronics whatsoever, meaning no auto focus or auto aperture, although once you set the NEX to allow firing without a lens the camera will meter for you. NEX cameras have two features to assist with manual focusing: focus peaking, which adds colored highlights to the bits in sharp focus, and focus zooming, which enlarges an area of the screen. These aids can be better at times than using optical viewfinders (at least ones not made for manual focusing) but still aren’t perfect, struggling with low-contrast scenes or with moving subjects.

One important note is around the unfortunate path that all lens manufacturers have taken: most modern lenses don’t have aperture rings. The Lens Turbo I have provides no mechanism to open the aperture on those sorts of lenses, so lenses like Pentax’s excellent DA-series pancakes will only shoot at f/22 with this adapter. Obviously this isn’t an ideal application for the adapter.

[The Metabones adapter for Nikon lenses has a mechanism for opening the aperture on ring-less lenses.]

There are two important changes introduced by the Lens Turbo: lenses are wider by 0.71x and the aperture therefore is wider by one stop. As with any adapter, the addition glass always has an opportunity to present new aberrations and degrade the image; because of the condensing nature of this adapter, the manufacturers claim that to the contrary, the image quality is actually improved by them.

How wide is wide? 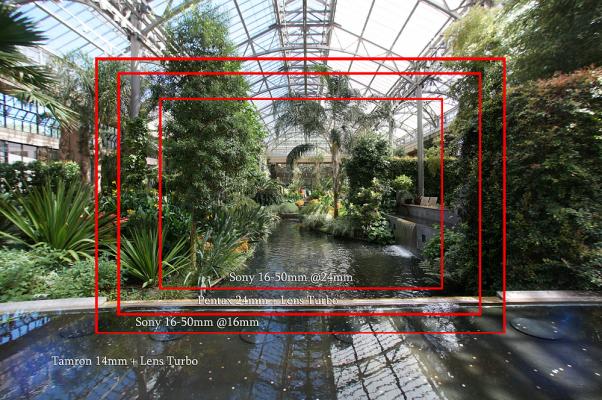 Alas, field of view alone doesn’t tell the whole story here. The Tamron 14mm shot has a similar angle of view to a 10mm super-ultra-wide lens, but the edges are - to be kind - smeared somewhat. Even at f/11 the outside area of photos, roughly starting at the wide edge of the Sony 16-50, will be blurred beyond reclaiming. The effect is unmistakable with the Tamron 14mm and also with the 17mm fisheye lens, and stops becoming an issue by 24mm with my lenses.

Complex lenses, even with the best designs, don’t focus on a perfectly flat plane. The effect can be more or less noticeable based on the subject matter and the amount of curvature, but the ‘smearing’ effect seen in the ultra-wide photos above is coming from the Lens Turbo exacerbating the curvature native to the lenses themselves. The photos show that the plane of focus bows towards the camera at the edges. [An excellent description of field curvature can be found here. Scroll to the 'Astigmatism in practice' section.]

The good news is that field curvature can be addressed, the bad news is that it can’t be corrected in a single shot and requires effort after the fact to combine multiple photos. For landscape photographers with a tripod and time to take multiple shots, combining multiple photos is a plausible solution. For event coverage or moving subjects, where stitching photos could prove troublesome, the amount of curvature introduced by the Lens Turbo makes these ultra-wides unusable for fine detail at edges. With the lenses I tested, the effect is largely gone with the 24mm lenses. 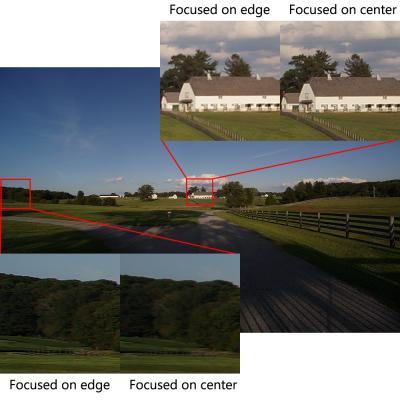 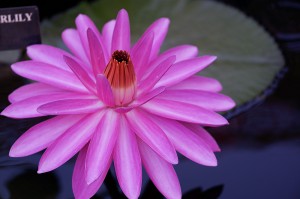 I’ve been a sharpness skeptic for a long time, convinced that it is the single most overrated attribute for lenses. The makers of these sorts of adapters claim that their condensing nature actually increases sharpness. For my usage, sharp lenses produce sharp results with the Lens Turbo, although even sharp lenses do see some softness towards the far edges. Softer lenses (like the Tamron 14mm in the edges, frankly) produce softer results. Lacking a glassless adapter to compare, I uploaded a full-resolution un-sharpened image taken with my Super-Multi-Coated Takumar 100mm f/4 macro lens, which is a consistently sharp lens.

Likewise, lenses which vignette without the adapter also vignette with the adapter. As one who usually adds darkening vignetting to my images, this isn’t an issue to me but may be to others. One case where it may detract is when stitching images, like above to overcome the field curvature issue.

One of the items which jumps out from the manufacturers’ claims is the increase in maximum aperture. [Aperture is just a mathematical ratio between the focal length and the diameter of the lens opening. By reducing the focal length while keeping the opening constant, the ratio reduces. For more, see this article on f-stops.] On paper, some relatively ordinary lenses become exotic ultra-wide aperture lenses when attaching a Lens Turbo. Mounting the Pentax FA* 85/1.4 lens, for example, makes it an equivalent 60mm f/1.0, which is extreme.

The net result isn’t nearly as exotic as the paper calculations suggest. I’ll be exploring this more with my review of the Metabones Nikon adapter because I have access to ‘full-frame’ cameras on that system, but essentially the smaller sensor on the NEX camera adds back in the depth of field which the adapter removes. In a nutshell, the 85mm f/1.4 looks roughly like an 85mm f/1.4 "should" - it doesn’t all of a sudden change its rendering to look like a Noctilux. The character of the bokeh - the out-of-focus areas in a photograph - is consistent with and without the adapter. Lenses which have smooth blur circles maintain this behavior with the Lens Turbo attached.

Several years ago I fell in love with vintage Pentax lenses, some built before I was born. The obvious character in their rendering taught me about the arcane and technical aspects of lenses, while at the same time stretching my artistic skill.

I’ve been content with my dual Nikon and Pentax setup for the past few years, only occasionally adding for purely technical reasons. Like many who started with Pentax, I’ve been holding on to my lenses in the hopes that Pentax (now owned by Ricoh) releases a 24mm x 36mm sensor camera.

Enter the Sony NEX line of cameras: So thin that you have space to add adapters to mount Pentax and other brand lenses to them. With the Metabones Speed Booster and now the various Lens Turbo adapters, you can not only mount the lenses but roughly retain the original rendering characteristics as well. It certainly isn’t a perfect solution, lacking autofocus and auto-aperture being the most obvious downfalls, but at this point is the solution. For someone who enjoys photography simply in and of itself, and is willing to work slower when feasible, the Lens Turbo has re-opened my un-matchable Pentax lens collection to a modern camera. For the bargain price of the adapter, I can highly recommend the Lens Turbo.

See many sample images on my site here and with selected lenses below: 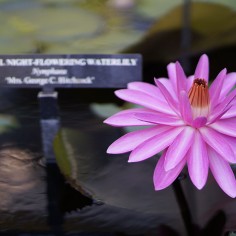 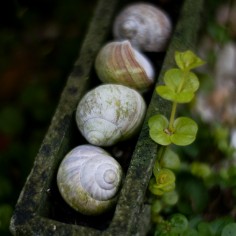 Note: All test and sample shots taken as JPEGs. Except where otherwise noted, images are reduced and sharpened. All Sony 16-50mm shots have the automatic distortion correction applied.

-Sean Carpenter (carpents on the forum)

Sean Carpenter is a professional photographer from West Chester, PA. Sean is one of the official UltiPhotos photographers, covering college, club, and professional Ultimate Frisbee. He also runs a...
More articles by carpents →