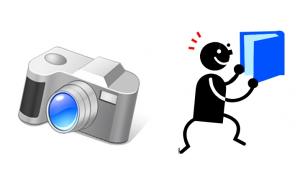 Being nearly two centuries old, photography is understandably replete with terms that span the archaic (ISO) to the contemporary (IS) and the arcane (EV) to the pedestrian (LV) . The problem is compounded by the well-known penchant of marketing whizkids to pitch new products using newly minted catchy abbreviations as props.

For a newcomer striving to get to speed in photography, it can be exasperating to be repeatedly confronted with terms such as PDAF and DOF while reading articles and following discussions.

At Pentax Forums, we feel your pain and wish to mitigate it with a compilation of widely used photography terms.

Read on for a glossary of photo terms which you can bookmark and/or print for reference!  A follow-up article will dwell on terms associated with lenses and other photographic gear.

We have grouped our cheat sheet under two headings

The opening of a lens, which determines the amount of light that reaches the sensor.

Bokeh is Japanese for blur, but in photography it refers to the subjective aesthetic quality of the blur. Specifically, how the highlights show up - with hexagonal or circular shapes- depending on the shape of the lens's aperture blades. Bokeh depends on the quality of a lens but can to some extent be controlled by varying the DOF with aperture (f-stop) setting.

Chromatic Aberration is color distortion that occurs because a lens refracts different wavelengths (colors) of light at slightly different angles. As a result, a lens is unable to focus all colors at the same convergence point. This results in color fringes along boundaries that separate dark and bright parts of the image.

DSLRs featuring sensors smaller than a FF sensor, don't "see" the full frame when fitted with a 35mm camera lens. The projected image is larger than the sensor and so gets cropped!

Crop factor narrows the FOV, as would a higher focal length (telephoto) lens; the Equivalent Focal Length (EFL) of a full frame lens fitted on a crop DSLR is computed by multiplying the focal length by the crop factor. For example, a 50mm lens on a Pentax APS-C camera would deliver the same field of view  as a 75mm lens on full-frame.  In other words, to get the same field of view on a cropped sensor, a shorter focal length is required.  This is seen as advantageous for telephoto photography.

Depth of Field. The zone of reasonably sharp focus in terms of distance from the camera; DOF depends on focal length and aperture.

In the context of photography, Dynamic Range is the ratio between the largest and smallest measure of light. It is measured using base-2 logarithmic values, as the power or factor of 2. The measure is commonly expressed as f-stop. An increase in f-stop by 1 represents a doubling of the factor. An f-stop of 1 corresponds to a factor of 2, an f-stop of 2, to a factor of 4, of 3, to a factor of 8, and so on.

As with Zoom Racking, you can sometimes achieve interesting effects by changing the focus during a long exposure.

Field of View. The extent of the scene that can be observed using the human eye or a camera lens.

A distance beyond which all objects in an image will be acceptably sharp.

Landscape photographers take advantage of this to maximize the extent of sharp focus by focusing 1/3 of the way up the scene using maximum DOF. This is generally referred to as the Hyperfocal distance.

A graphical display of the tonal range of a given image.  Based on the distribution, the histogram can show whether or not a photo is overexposed (skewed left), under-exposed (skewed right), or evenly-lit (evenly distributed).

The term refers to the ability of a camera lens to greatly magnify the subject. Generally, lenses capable of rendering a subject on the sensor or film at near life size are referred to as Macro lenses.

Automatic calculation of exposure by a camera based on the light sensed. Metering can be spot, central or full scene.

Purple Fringing. In photography, CA shows up as PF.

PF is maximum when aperture is wide open and can be reduced by reducing aperture (increasing f-stop).

The time taken for the camera's shutter to open and close. Shutter speed regulates the amount of light that impinges on the sensor or film.

Zoom racking or Zoom burst is a technique used for artistic photos by changing the focal length of a zoom lens during a long exposure. 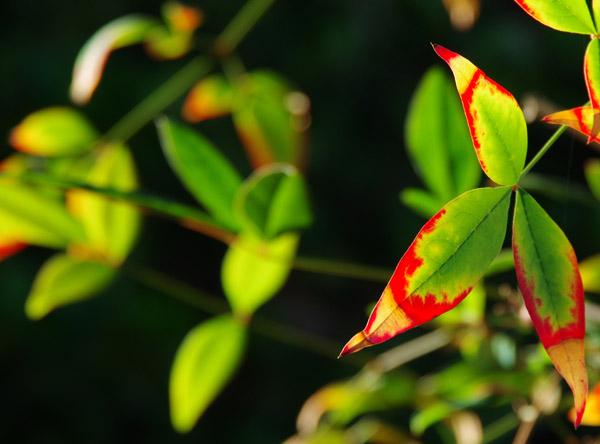 A shallow DOF photo with bokeh

Auto-exposure lock allows a photographer to meter and lock the exposure on a part of the scene and then recompose and operate the shutter release. AEL is usually activated by a button or combination of buttons on the DSLR.

Autofocus. A camera mode where the camera automatically focuses on what it believes to be the subject.

A semi-automatic camera operating mode in which the photographer manually sets aperture and the camera automatically sets shutter speed and ISO to achieve correct exposure.

A live view DSLR LCD with freedom of movement around one or two axis.

Contrast Detect AF. The only autofocus mechanism available in compact and mirrorless ILCs.

CDAF works on the logic that contrast is maximum when image is in focus. A camera supporting CDAF features electronics to analyze image contrast.

CDAF is considerably slower than PDAF, but is more accurate. (According to Panasonic, CDAF is 90% accurae as compared to 60% for PDAF). CDAF also allows you to more easily set the focus area.

CDAF requires Live View and is difficult to use with a DSLR (mirrorless cameras are lighter than DSLRs), or an ILC fitted with a heavy lens, unless afixed to a tripod.

Exposure Value (EV) compensation. A camera setting that shifts the calculated exposure by the set number of stops.

Electronic View Finder. Some mirrorless cameras substitute OVF with an EVF. Instead of mirror and prisms, an EVF uses secondary sensor and small LCD to project the scene to a photographer, allowing her to hold the camera to the eye.

Interchangeable Lens Camera. A camera that can be fitted with different lenses compatible with its lens mount.

Image Stabilization / Shake Reduction. It can be sensor based, as in Pentax cameras, on lens based. IS uses a gyro platform to sense motion and small motors to compensate for it, allowing shutter speed to be reduced by up to 4 stops (depending on your equipment and focal length).

Live View. The scene, as viewed by the main lens, displayed on the camera's LCD screen.

The term generally refers to an ILC without an OVF. The photographer composes using LV.

Mirrorless cameras are named as such because in the absence of an OVF there is no requirement for a mirror between the lens and the sensor. The absence of the mirror makes Mirrorless Cameras more compact than DSLRs.

The Pentax K-01 and Pentax Q7 are examples of mirrorless cameras.

Optical View Finder. An OVF uses mirror and prisms to allow the photographer to view the scene through the main lens of the camera.

PDAF is also predictive when photographing a object that is moving away or towards you.

One problem with PDAF is its susceptibility to mechanical margin of error, particularly when shooting with a bright lens at small F value; at F1.4, for example.

A semi-automatic camera operating mode in which the photographer manually sets shutter speed and the camera automatically sets aperture and ISO to achieve correct exposure.

Chimping is a good humored term that refers to the proclivity of photographers to immediately check every picture they shoot on their camera LCD display.

About The Author
Inexorable

Photography has been an enduring interest since childhood, but I didn't have time to pursue it with much seriousness till six years ago when I bowed into semi-retirement after serving in the...
More articles by Inexorable →