An article explaining the photographic uses and effects of a polarizer

The polarizing filter is one of the most commonly used lens filters among photographers. There is a good reason for this: this type of filter can enhance photos in many ways. When used correctly, a polarizer will reduce or eliminate glare from reflective surfaces such as glass and water. It can deepen the color of the sky and the overall color saturation in an image, especially outdoors, can also be significantly improved.

This article aims at explaining how a polarizing filter works, the physics involved and how it should be used. Types of polarizers and the process of stacking filters will also be discussed briefly.

Polarization is probably among the most complex concepts in optics. Still, it is possible to summarize the basic idea without delving into intricate mathematical equations.

Polarization is part of the basic properties of light. It relates to the fact that light is made up of waves. When you’re looking at a light source (the Sun, a light bulb, or a reflective surface for instance) those waves are coming straight towards you. And these waves, just like any others, oscillate. 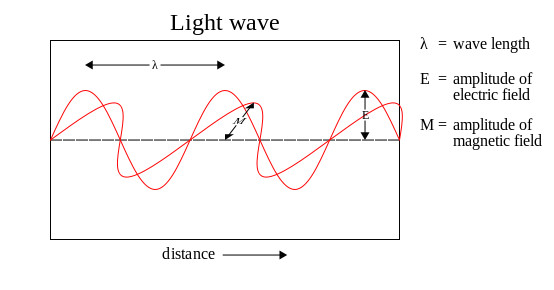 A representation of a light wave oscillating. Light-wave CC BY-SA 3.0

The waves know no up or down: some of them oscillate vertically, some horizontally, and some at an angle.

Some light sources, mainly lasers, can force these waves to all orient themselves in the same direction. For the most part, however, a light source will generate waves in a mix of all the possible orientations. Such light is “randomly polarized”.

When that light hits a non-metallic reflective surface, such as water, glass or glossy paint, something special happens. Some of the light is of course absorbed, but the rest is reflected with the waves all in the same orientation. The light is now “linearly polarized” (since all the waves oscillate along the same line), and this can be very useful for a photographer equipped with a polarizing filter… 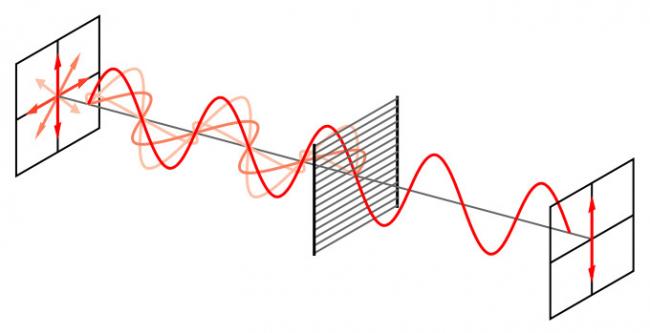 As you might guess, with a regular light source it means that about half the incoming light will be transmitted through the polarizer. Thus in general a polarizer will cut one stop of light.

However, if the light is linearly polarized (after a reflection), using a polarizer will let either all the light, some light, or no light through depending on its orientation. What this means is that it is possible, with a polarizer, to dramatically change the look of an image in a way almost impossible to duplicate in post-processing. With a scene including both linearly and randomly polarized light, the polarizer can either maximize of minimize the former without affecting the latter. For instance, a reflection can be almost completely removed, without changing the look of the surrounding objects.  An example follows:

Reflections removed by a polarizer

Polarizers, like other filters, have standard threads and come in a variety of diameters. Their characteristic feature is that their front elements can rotate to vary its orientation. As the front element is rotated on its axis, the polarizing effect varies. 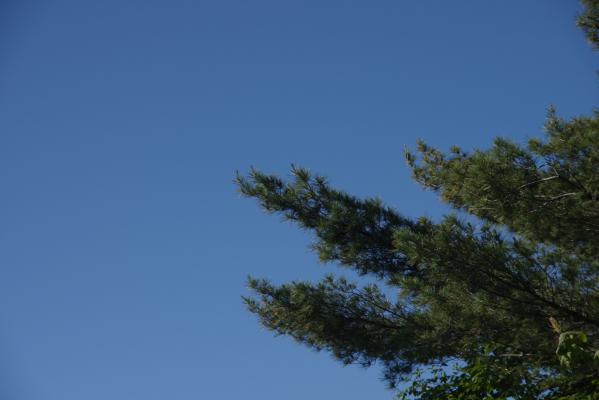 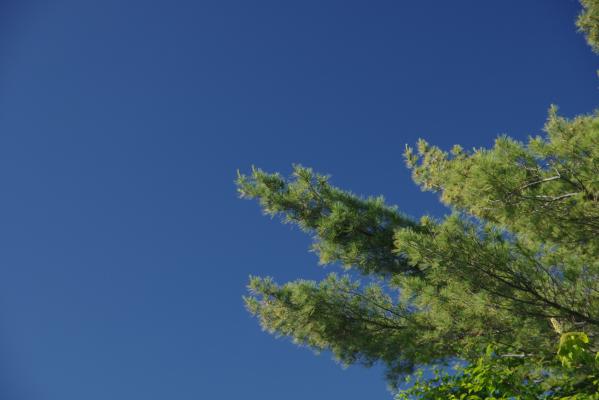 The best way to use a polarizer is simply to rotate it and watch its effect on the scene. This is more easily done with an optical viewfinder, but it can also be performed with an LCD screen. In that case, locking the exposure will allow the user to more easily see the effect and tweak the orientation.

The maximum and minimum attenuations will be reached at orientations 90° from one another. Thus, there is no need to perform full turns with the polarizer, only a quarter-turn rotation suffices.

More reflections removed by a polarizer

A polarizer’s effectiveness will be greatly influenced by the position of the light source. Outside, the most dramatic effects will be achieved with the Sun to either side of the photographer. With a small light source (such as a lamp), minute adjustments of the camera position will affect the amplitude of the polarizer's effect. With the Sun directly in front of the photographer, the effect will be minimal. 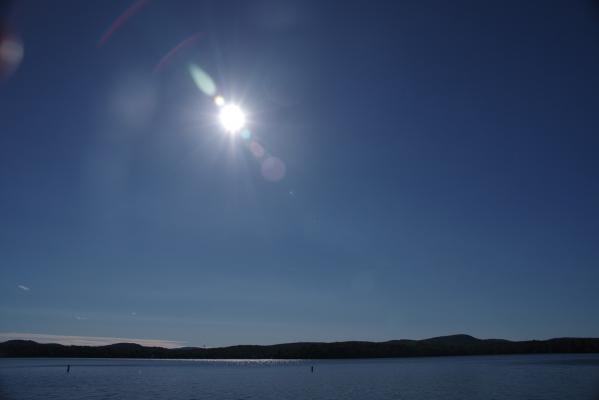 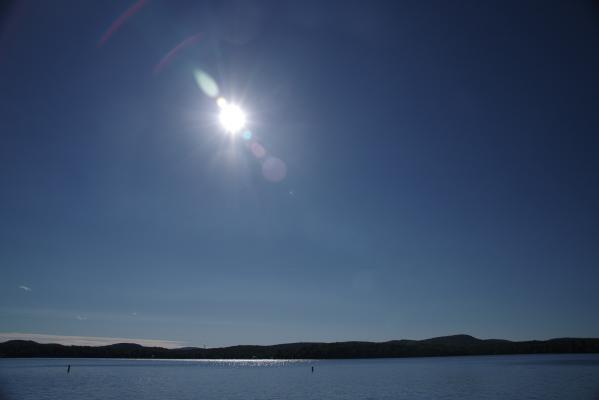 Angle of View vs. Efficiency 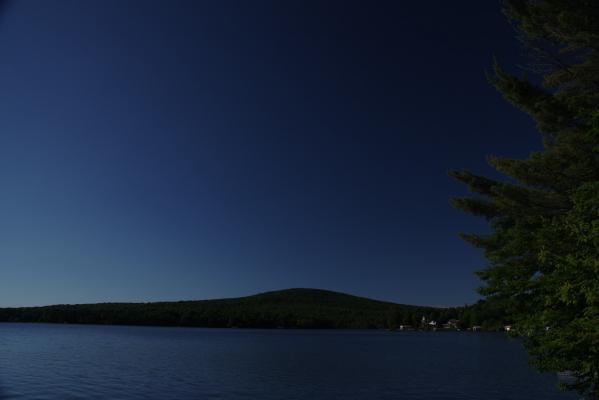 A scene with a 17mm lens showing a gradient in the sky's color. Image underexposed to emphasize the effect.

In general, it is advisable to use a focal length longer than 35mm together with a polarizer, although the best focal length will vary with each scene and will depend on the photographer’s intent.

A question frequently asked is "should I choose a circular or linear polarizer?"

Both work in exactly the same way as far as incoming light is concerned. The difference is that a circular polarizer also includes, behind the “polarization plate” proper, an extra optical surface (called a quarter-wave plate) which in essence shifts part of the light to the previously-removed polarization axis.

This quarter-wave plate changes nothing in the image but will help modern cameras perform correct autofocus and metering. Some cameras (many Pentax models among them) don’t actually need a circular polarizer to operate, but others will require it. The difference originates from the optical components used to direct light to the sensors inside the camera body.

One interesting way of using polarizers is to stack two of them to create a variable neutral density filter. To do so, the top polarizer needs to be linear, and the second can be linear or circular. When their axes are aligned, they perform as a single polarizer (minus the loss of light created by the extra glass). About one stop of light will be lost. When the axes are rotated, less and less light will get through until, when the axes are at a right angle, almost everything will be blocked. 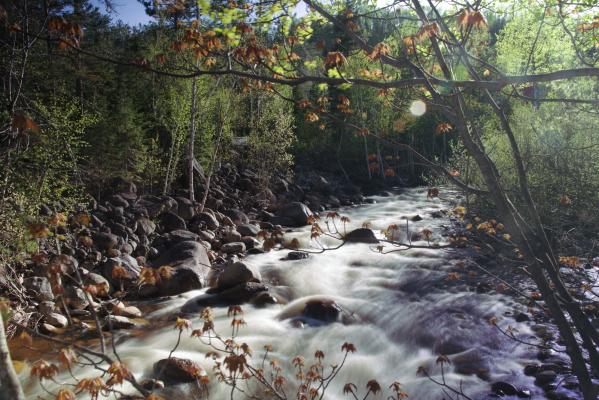 However, this can lead to unexpected and undesired effects in images. Particularly with wide lenses, depending on the size and angle of the light source, artificial colors can taint the image, as seen in the example below. 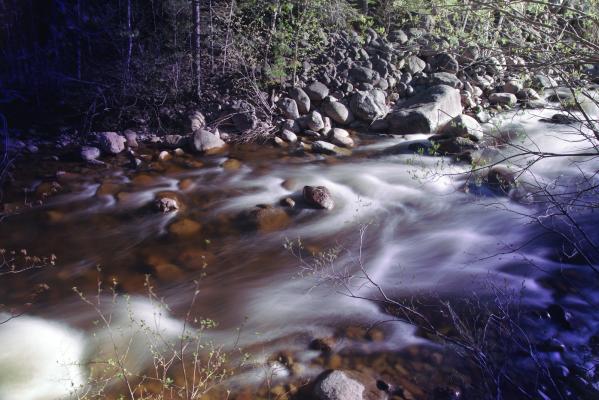 A polarizer can be a valuable tool in any photographer’s bag. Its effect is often impossible to recreate via post-processing. With this article, we hope to have shed some light on how this specialized filter operates and how to best put it to good use.

Don’t be afraid to share your favorite uses in the comments!