A Pentax Forums quick look at a photographic topic

Artists of any medium, whether it's photography, painting, cinematography, or otherwise, spend a great deal of time composing their images, often adhering to strict guidelines that have proven to enhance the power of a photograph and make it more naturally appealing to the viewer's eye. Arguably the most basic and fundamental of these compositional standards, and thus usually the first learned by aspiring photographers and artists, is the "Rule of Thirds."

In the above image, it's clear that both the horizon line and the center of the tree are placed very deliberately in certain parts of the photo. Read on to discover exactly why that is!

Editorial Note: In conjunction with the recently announced December Monthly Photography Contest, we thought it would be the perfect time to debut the second installment of the Pentax Forums Snap Tutorials! Aptly named (at least we think so), because the name is in fact a double entendre. In a photographic context, 'snap' is obvious. The other meaning refers to simplicity, brevity, etc., and that's just what these are - quick informative little guides to introduce you to a topic of photography that you may not have been previously aware of. Our first tutorial focused on 'Negative Space,' exploring how best to capitalize on not just the subject, but the contrasting void around it as well.

So what exactly is this "rule of thirds?"

The first known instance of defining this phenomenon goes well before even the earliest pioneers of photography. Taken from an excerpt from the 1797 publication, Remarks on Rural Scenery, an Englishman named John Thomas Smith is credited with its first reference, seen below: 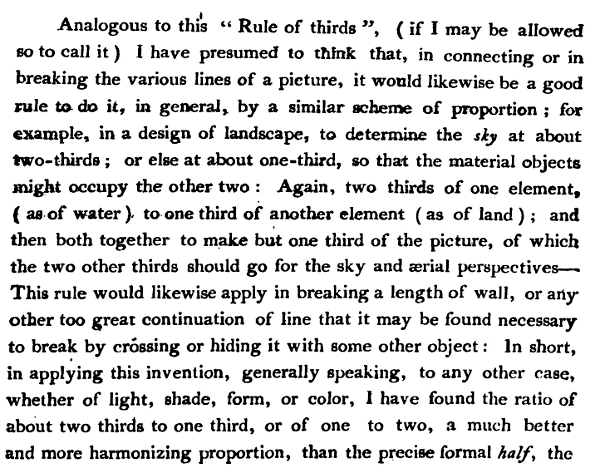 The below animated .gif shows a solid red 'canvas' of four different orientations and aspect ratios. Additionally, in each image, you will clearly see how the 'thirds' are divided, both vertically and horizontally.

Where these lines intersect they are sometimes called 'impact' or 'critical' points. A less dynamic term would be 'point of interest.'

Studies have repeatedly demonstrated that psychologically, we have a subconscious and thus natural tendency to first look at one of the above points of intersection rather than the center of an image. So let's take a look with actual examples to see what all this really means and, most importantly for us, how to put this bit of intel into practice as photographers. 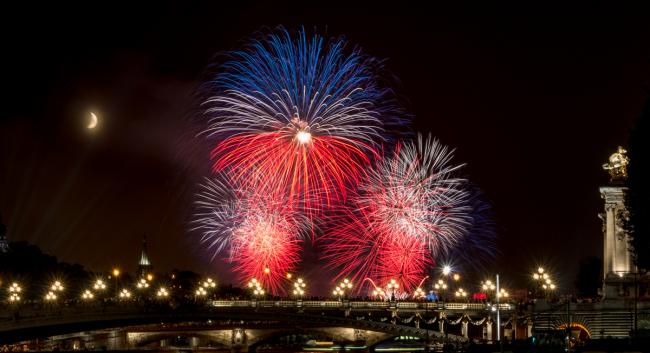 In our first example, the most prominent object in this photograph to immediately catch your eye is the mass of exploding pyrotechnics in the middle of the frame, especially the ball of light at the core of the largest firework. It's a perfect example of placing the subject of the photograph dead center!

Let's see how we can improve it, merely by adjusting the frame over to the left, primarily to off-center the fireworks.

The subject is still the fireworks, clearly the most obvious and prominent part of the image. But now, having shifted the framing slightly to the left and even less as much down, the ball of light and the moon both line up to meet at the top two impact points. Additionally, you are now allowing for the Eiffel Tower and a golden horse-topped pillar to complete the photograph, providing context to the fireworks (they're in Paris!).

Take this photograph of a field of rapeseed (aka canola) flowers. By simply applying the same technique as above and shifting the framing slightly, you can see the image is enhanced.

The vertical superimposed bars were not included in the above shot because they were of no consequence to the framing. We were merely adjusting the shot vertically, and as you can see, the 'horizon line' is perfectly matched with the top third in the image on the right.

Now let's imagine you are so caught up in the moment while taking the photograph that you forget to compose while in the viewfinder before you pressed the trigger (which never happens, we know). Have no fear, 'composition by cropping' will also allow you to improve upon your shots' framing after the fact! 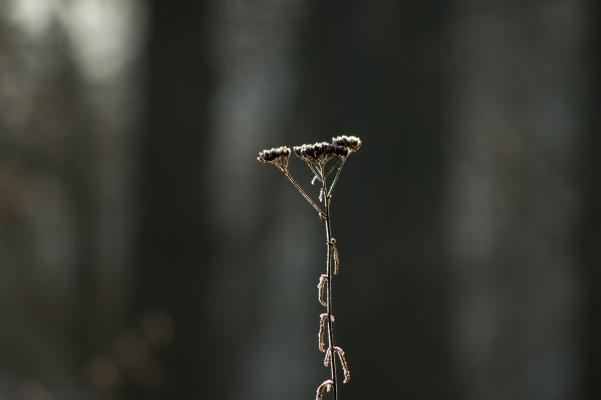 The above image is a very simple image that shows a mediocre composition, centralizing the subject of the photograph. Instead, a simple crop makes for a much more effective image:

As you can see, the heart of the cluster of flowers is located at one of the intersections while the stem itself follows along one of the lines, strengthening the composition even further. Additionally, this clearly demonstrates that the 'rule' doesn't have to be followed so adamantly - the stem is slightly offset from the line itself, but nonetheless it still lines up. Without the superimposed grid that most likely wouldn't be discernible. 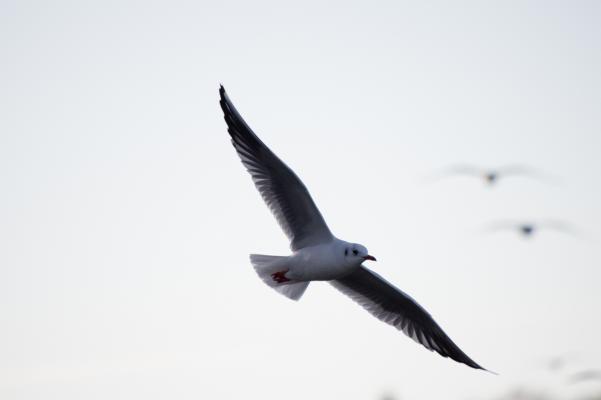 In this next example, we take a look at another rather simple image. This gull was shot with a full, beautiful wing spread in crisp focus. The only issue is that it is right smack in the middle of the frame, akin to the previous example.

Changing the image to a square crop (1:1 aspect ratio), we can use the wingspan to help frame the image.

With this photograph, as compared to the original 'centered' version, the gull on the lower left anchors and compliments the image rather than 'just being in it.' Its breast, or the meatiest and central part of its body, is directly at the impact point (some would argue the eyes would have been best - shooter's preference). Also, placing the bird at the opposite side of the direction it is facing gives a sense of movement to 'fly into' the rest of the frame. A 3:2 or 4:3 aspect ratio would have probably been better to give it more 'room', but it was shot in the center and that option wasn't available (without photoshop manipulation, of course), hence the square crop.

Lastly, this image and the one above it are excellent examples showing how to also implement 'Negative Space' in combination with the Rule of Thirds.

In much the same manner as Examples 3 and 4, these are great ways to frame portraits! If it is a closeup on the face, then the eye that is in focus should be at one of the critical points. If it's a bit of a distance away, then the center of the face would be ideal to place at a point of interest. It can help take an ordinary portrait and really bring it to life! Let's take a look at a couple portraits framed using this technique.

This photograph perfectly illustrates the concept mentioned earlier about aligning eyes directly with one of the points of interest. Simple, yet effective. Not much more needs to be said about this image that the below animation doesn't demonstrate. Also note how her hand, specifically where she is gripping her jacket collar, is placed at the lower left 'thirds' intersection, helping to balance the photo nicely.

Now let's take a look at framing a portrait not exactly at an impact point, but rather along one of the 'thirds' lines.

Example 6 - Soldier in the Prone

In this photo, it is clear that the face is off-center. The environment, his positioning, and his rifle, make it unfeasible to place his head directly at the top left critical point, but that's ok! His head and the body of the rifle are both vertically aligned to the left-most vertical third. This image would have been significantly weaker if his head was centered.

Additionally, this is another example of the previous explanation regarding leaving room in the frame for an action to occur. Above it was flying across the frame, and here he is looking across the frame. Had the composition been shifted slightly to the left so his head and weapon were on the right-most third, it would not have been a successful image at all.

Can we apply the Rule of Thirds if we have a distorted image? As long as it is distorted in a uniform manner, then sure! In this next example, here's a photo of Paris as viewed from atop the Eiffel Tower and taken with a fisheye lens, purposefully used to over-accentuate the curvature of the earth.

As you can see, the top third's line intersects the horizon at two locations, but that's ok! The sky is still clearly one third of the image and the urban sprawl encompasses the lower two thirds.

It's quite incredible to think about how something so mathematic and objective can be applied to art, which by its very definition is an entirely subjective pursuit. But it obviously works, and quite consistently. The beauty of this composition is that, when implemented correctly, it effectively achieves two separate paradoxes at the same time:

Of course, rules are meant to be broken, and in reality this should most likely be renamed the "Guideline of Thirds," but that's not really very catchy, is it? Simply put, it's best to understand what the 'rules' are (this among others) before breaking them so when it does happen, it's purposeful rather than accidental, or worse, reckless. Understanding them will offer the ability to more effectively compose and criticize your own photography, strengthening and honing your craft.

Here's another example with a fisheye, with a marginally adhered to Rule of Thirds, purposefully (slightly) broken because the image called for it. Can you tell what the reason for that is before reading the explanation below the image?

If the photographer had followed the Rule of Thirds so stringently (lowering the framing a bit to make the sky an actual third), it would have detracted from the shot because then the top of the frame, which shows the full circumference of the open roof, would have been cut, making the image incomplete and unbalanced.

Here's two even more obvious examples of photographs that have no application of the Rule of Thirds. 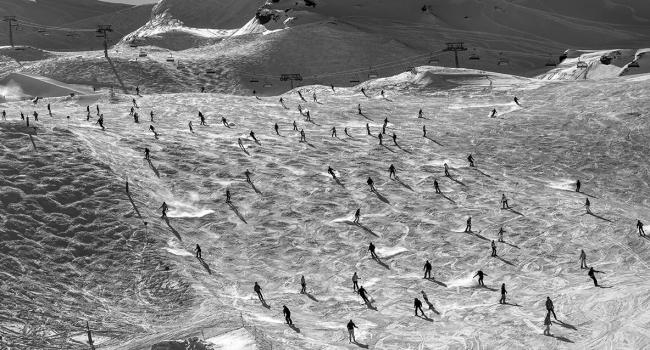 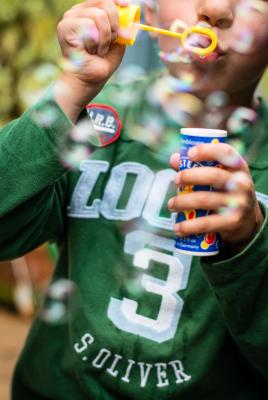 As you can see, the Rule of Thirds can really enhance your photo when the situation beckons, however it shouldn't be considered a hard and fast rule. More of a guideline you now know how to use.

Or choose not to.

Think you've got the Rule of Thirds down? Then give it your best shot and enter in our December Monthly Photo Contest!