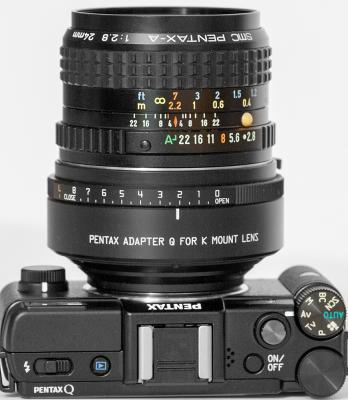 Let's take a brief look at the aperture control of the Pentax K-Mount to Q-mount adapter now that the adapter is finally available.

The adapter's aperture ring turns very smoothly, and it is stepless, so if you don't like being contained to full or 1/2 stop increments, it may be the better choice for you!

If you have both rings in some in-between position you really don't know which aperture you're getting, so either leave the aperture ring on the minimum aperture (22 in the example, or "A" if available) or the adapter ring on "L".

Stay tuned for an in-depth review of this adapter to learn even more about it!

Mastering the Art of Photography Books