First I would like to thank Pentax Forums for giving us the opportunity to participate in the best of 2016 photo contest.  I have already thanked those who commented on my photo but I'll do it again: THANK YOU!

The photo you see above is a panorama of 40 images (in a 4x10 grid) taken with the Pentax K-1 full-frame DSLR and the excellent Samyang 24mm F1.4.

I live on the island of Reunion, which is a wonderful place for photography due to the diversity of its landscapes.  This photo is a project that has been close to my heart for several years and is still not fully completed. This was my second attempt.

To take the 40 photos that comprise this panorama, I had to choose a time when the Milky Way was correctly oriented in the sky, and when there was no moon.  This happened to be during winter!

I departed the west coast of the island around 4 PM (25°C at 10m) to arrive at Piton Maïdo around 5:30 PM (10°C at 2200m) and took some photos of the sunset while waiting for the sky to turn dark. I took advantage of the last light of the day to install my tripod and the panoramic head.

At 10 PM, the temperature had dropped to 2°, but it was time to work. To capture the shots as quickly as possible (yes, the earth rotates), I chose to keep the exposure time to a minimum (10 seconds) only stop down the lens to F/1.8 for a little extra sharpness.  This left me at an ISO of 3200.

My tripod head rotates approximately 24 degrees horizontally and 30 vertically, so the 4 rows of 10 shots covered about 220° x 120° in total if you factor in the angle of view of the lens.

After the series, I joined a friend who was taking "real" astro photos. We stayed for 2 hours before the clouds arrived. Here's a festival of shooting stars with a bonus laser for atmospheric study (one traveled 50km the other 25km). 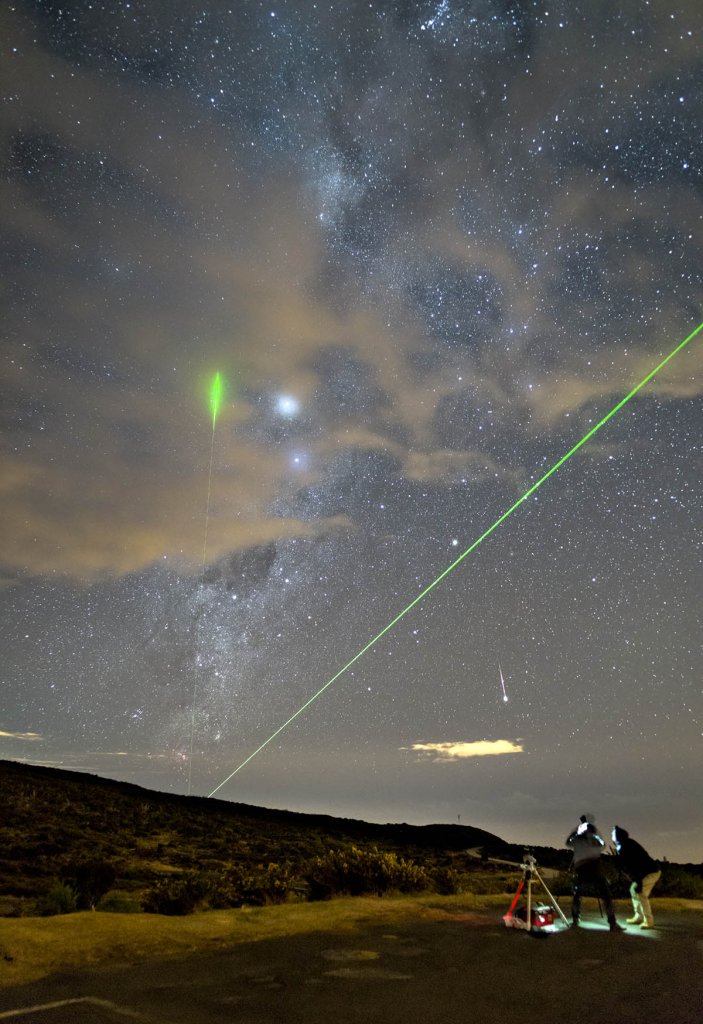 Now, for the most annoying part: putting together the final image in post.  Imagine working with 40 RAW files, each with 36 megapixels of image data.  These are virtually impossible to merge using Photoshop on a home PC.  I tried several solutions and the one that gave me the most satisfaction is Microsoft ICE with a JPEG input of 40 images. ICE does not take RAW and TIFF, because these files are too large.  I chose a spherical projection; you can also use "mercator".  I ended up with a 350-megapixel TIFF file. 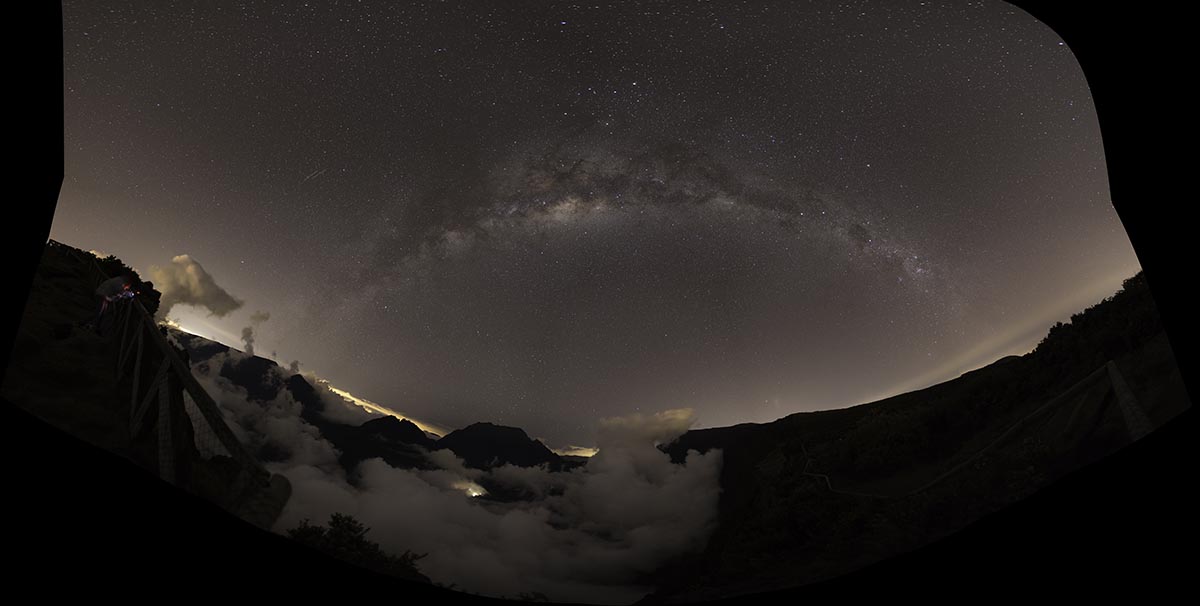 But I could have use the orthographic projection as well: 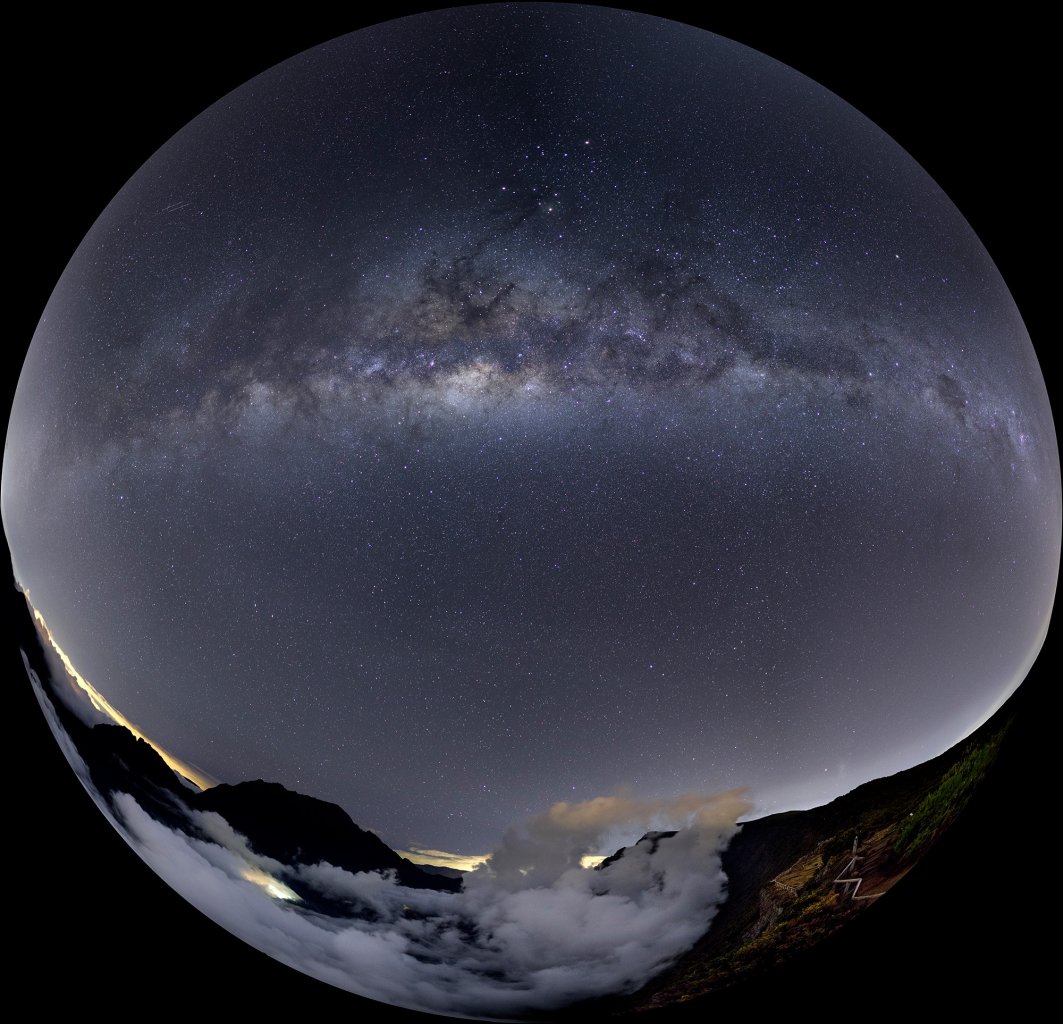 To correct the deformations from the projection, I used the "Deformation" tool.  Makes sense, right? 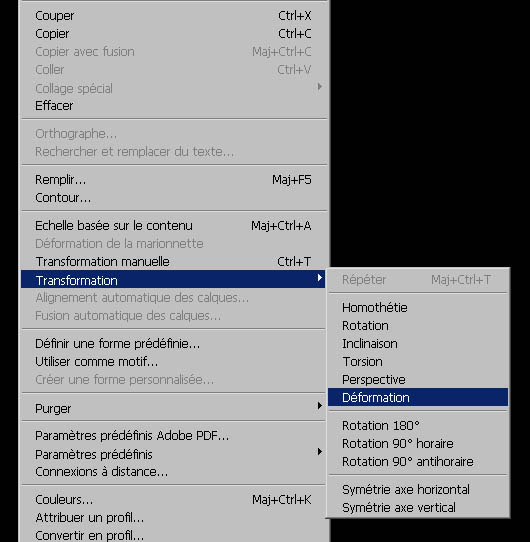 I can't detail the steps here or tell you how much coffee I drank while the computer was working, but I finally got a TIFF where the horizon was straight and the stars curved around the top of the picture.

Next, I treated the TIFF with Lightroom 6. The first thing to do was to align the RGB curves by playing with the white balance. Then, I used common sliders including contrast, shadows, clarity, noise, sharpness, saturation, and so on.  I took a trial-and-error approach so it's impossible to describe fully.

The trick to "bring out" the Milky Way was to use the adjustment brush on it with a little clarity.  I had to be careful not to overdo it, because it increases the noise and denatures the stars.

So, there you have it. The 738 Mb TIFF is available for download on Google Drive if you'd like to check it out. I also counted a total of 13 satellites if you want to try to find them!

I might try this again with my 31mm Limited or the upcoming D FA* 50mm F1.4 if it's released by my birthday.