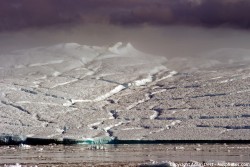 We'd like to kick off our official PentaxForums.com photo contests of 2012 with a theme allowing for a great deal of creativity: Rivers and Lakes.  Feel free to feature one or both of these in your photo, and experiment with reflections, smooth water, frozen water, etc.!

The voting thread for our December "Silver and Gold" photo contest has now also been posted!  We invite everyone to vote for the winner!  Last month, we saw just over 100 submissions.

Good luck- and remember that every month, there's a prize for the winner of our official contests as described in the contest announcement above!