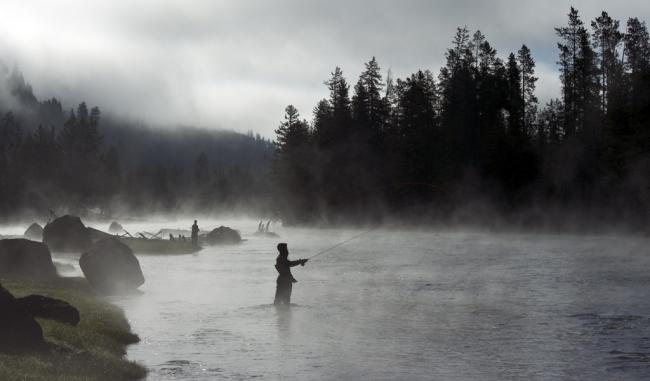 The main element about making of this picture was being in the right place at the right time.  This was taken at Yellowstone National Park along the Madison River.  I was there with my two sons and a nephew.  We were staying in West Yellowstone and the night before was a late night.  I woke up early and decided to drive into the park while the boys slept.  I had the 55-300mm on the camera as I was looking for wildlife.  I pulled over to this area and there was this fantastic mist coming off the river and a light fog above.  It was bright enough as the sun was trying to burn through.  I probably could have used a little wider lens, but there was no time to change it.  I waited and got the fisherman in mid cast, took another shot, and within two minutes the fog and the mist were replaced with sunshine.

I did lower the brightness a little.  I also boosted the clarity, vibrance, and saturation a little.   I also had a speck of dust on the sensor, so I had to clone stamp that spot out.  Then I cropped the picture. 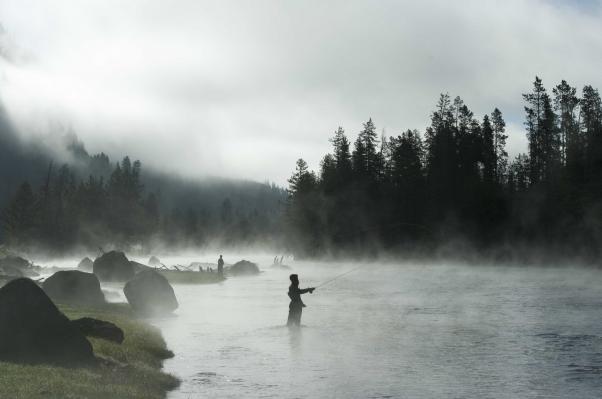