The Making of "Mossy Cave Trail in Infrared" 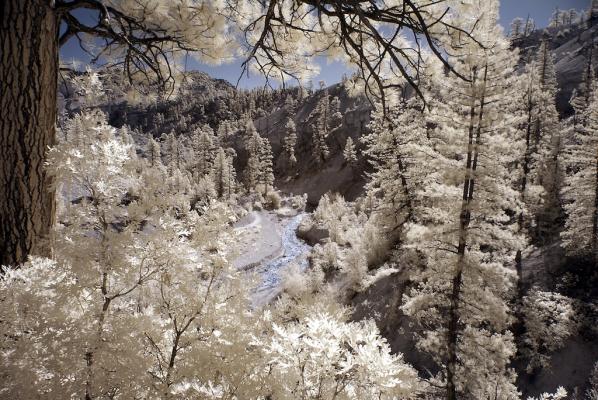 Pictured above is atnbirdie's "Mossy Cave Trail in Infrared", the winner of our September "Forests" photo contest.  Let's take a look at how this photo was shot and processed! 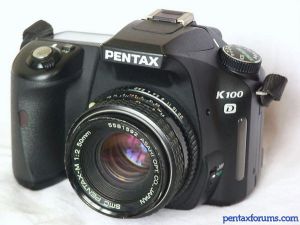 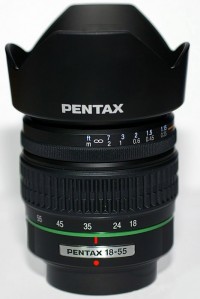 Comments from the Photographer:

As the title states, I took this picture on the Mossy Cave Trail in Bryce Canyon National Park, UT.  As you leave the Mossy Cave site itself, the trail winds back down toward the creek in the valley bottom which you can see in the picture.  The view from this vantage point caught my eye by how the tree trunk and limb and all the trees framed the view of the creek below.

I process all my RAW IR shots in Aperture and the GIMP.  The RAW image is quite reddish looking so I initially use Aperture to set the white balance using vegetation (which is whitish in IR) as my reference point. In the GIMP, I do major adjustments like channel swapping, then fine tune the result in Aperture if needed.  Once I've set the WB in Aperture, I work in the GIMP using layers to make my adjustments so I can tweak individual adjustments if I need to later.  I first swap the red and blue color channels making red 100% blue and blue 100% red.  This makes the shot look closer to "normal" as the sky is often brownish and vegetation slightly bluish before the swap. Next, I use the Auto Normalize function to set the white and black points to increase contrast as IR shots can be rather flat.  I'll adjust contrast if the auto adjustment is too severe.  Finally, I'll use the hue/saturation or color balance tools to adjust RGB layers to get the final effect I like.  In this case, rather than stark white vegetation I wanted plants to appear somewhat creamy.  I also tweaked the sky to appear a little violet rather than pure blue.  Back in Aperture, I didn't make any adjustments on this particular photo, but this is where I usually will make final minor tweaks like edge sharpening or sometimes some minor exposure adjustments.  For example, in retrospect I probably could have tamed the highlights a little with the highlights "recovery" tool.

Here's the same photo without any processing: 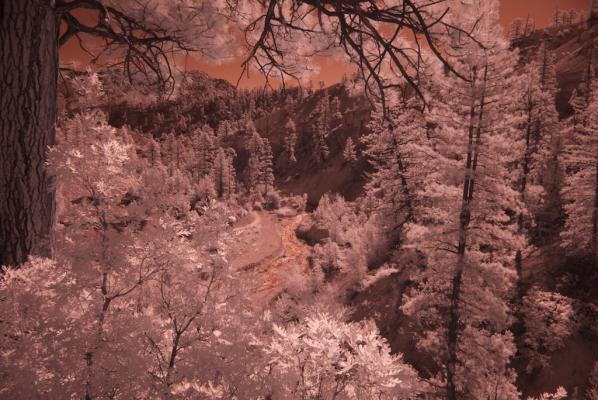 Want a change to be featured on our homepage and win the same great prizes?  Enter in this month's "Sports" photo contest!