Making of "Spin Me" 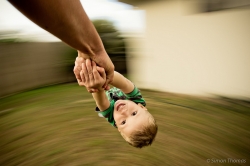 It's now time to take a look at how the winning photo from our official July "Motion" photo contest was made.  The photographer, forum member TOUGEFC, has provided us with personal commentary on how he shot the photo.  But first, let's take a look at the equipment and settings used for this photo.

(Commentary by the author)

First of all was to pre-focus my subject (my son in this case) at arms length, and then once that's set, turn off AF. Next was to set my settings. I wanted a slow-ish shutter speed slow enough to blur the background but fast enough to still be able to get a sharp shot hand holding, so I set it to 1/30s and choose an aperture of F8 for good depth of feild and optimum sharpness.  I adjusted the ISO to suit (in this case ISO 200).

Next up was taking the shot. It was a lot harder than it looks to get a sharp shot, the trick is too take many. I held the camera against my chest and tried very hard to keep it very solid with my body and had to try and spin my son in sync with my body. It did take quite a few attempts to get a keeper.

There wasn't a lot of post-processing: first up there was some recovery followed by a white balance correction. I also boosted the contrast and saturation a bit, and then I applied some vignetting and finished it off with a standard sharpen. All done in Lightroom 3.

Now, let's take a look at the before-and-after shots! 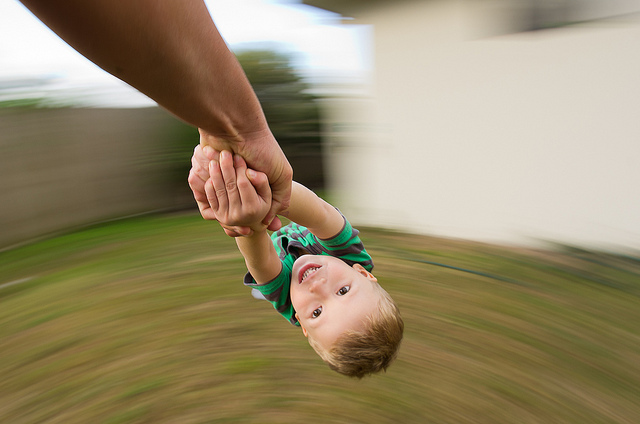 As you can see, the post-processing for this photo was minimal. 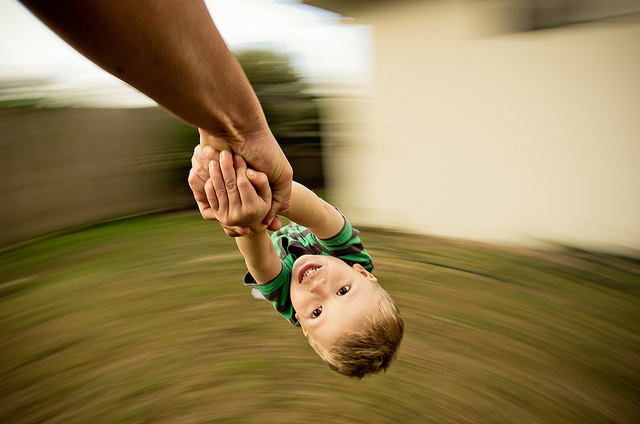 Don't forget to enter in this month's "Fences" photo contest for a chance to win great prizes and to be featured on our homepage!