The Making of "Stairs to Nowhere"

The winning image in our Negative Space photo contest 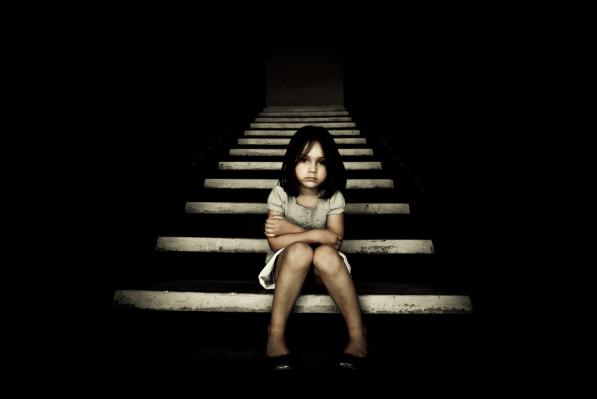 My friend had asked me to take traditional, happy photos of her daughter. It was a hot day in Florida, and after being in the sun for a while, the six-year-old was pretty cranky. We walked back to my friend's apartment building, and as I saw how the stairs floated down, I spied an opportunity. I asked her to sit on the stairs for just one more shot and told her that she didn't need to smile for this one. I switched from a standard portrait lens to the DA 12-24/4 and crouched down quickly. I didn't want to lose her attention, so I didn't even take the time to line up the shot well - I just fired three quick shots, and in the second shot, her expression just connected with the camera.

I shot in RAW in the "Natural" setting on the K200D, so the original image is pretty flat:

In Lightroom, I increased the contrast and drove the blacks down as far as they'd go. I brought down the overall vibrance and the saturation and played with the white balance and camera calibration. I added some split-toning and vignetting to really bring focus toward the middle. Finally I decreased the saturation of each individual color so that only a bit of orange and some red was left in the photo. 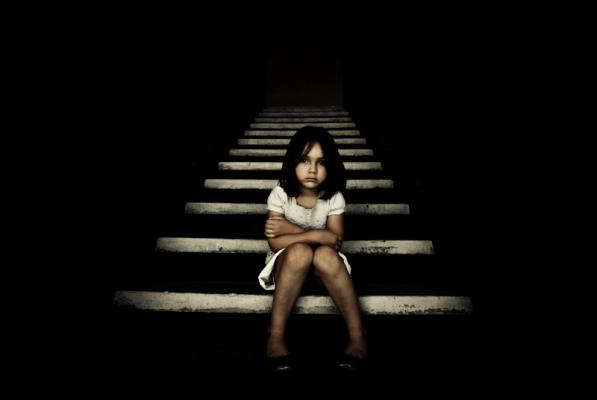 Finally, I manipulated the Luminance of each color channel so that her skin was illuminated and her shirt wasn't vying for attention.

In the end, I felt that the final image capitalized on her expression and captured a moodiness that seemed beyond her years - and that certainly seemed to transcend a standard portrait shoot in an apartment complex in Florida.