The Making of "The Descent"

The winning image in our "Black and White" photo contest 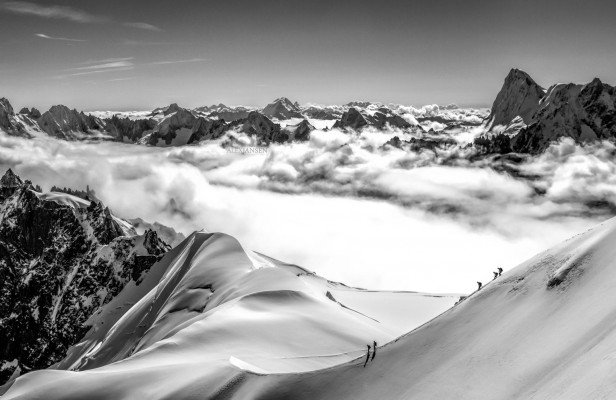 Ever since getting the opportunity to attend the Sapper Leader Course ("Sapper School" for short) as a brand new lieutenant, I was bitten by the mountaineering bug. Grounded in combat engineering tasks, one of the most fundamental tenets of being a Sapper is the ability to breach whatever's in your way. Usually associated with clearing mine fields and throwing (usually too much) explosives on our "problems," that obstacle must be overcome. Even if it turns out to be a cliff that you have to ascend or descend.

Immediately after graduating, I was shipped to Bamberg, Germany for my first duty station. Located just outside Franken Jura, I spent every opportunity climbing indoors and, once the weather cooperated, out. Eventually, my cockiness thirst for adventure took me to the Alps, taking leave to book a 6-day course that taught mountaineering in an alpine environment. The culminating event (and why it was so expensive), was an attempt at summitting the iconic Matterhorn. Regarding that summit, Mother Nature unfortunately had other plans.

As you'd expect, my newly discovered passion for climbing over big rocks went hand-in-hand with the budding photographer I was... 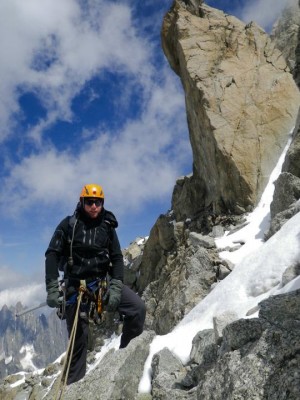 Staying in the valley below the Mont-Blanc Massif in the town of Chamonix, I would meet my guide every morning to catch the gondolas that lifted us several thousand meters up into the alpine playground. One morning it was absolutely pouring and so foggy you could barely see past a few buildings. Completely disappointed, I told Jimmy our day was ruined and we shouldn't waste the time going up. A slight grin on his face, he made sure I was going to get my money's worth, and up we went: 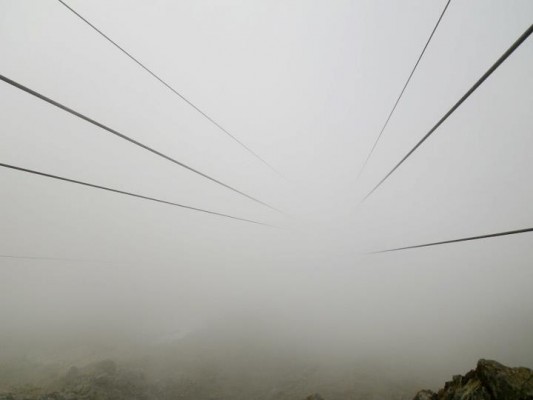 The view from inside the gondola looking up during our ascent.

And then it happened - it broke. We were officially "on top" of the clouds, but not in that distant way when in an airplane at 35,000 ft. It looked like a lake of soft, pillowy, perfect white clouds just beneath us.

"Jimmy, I need to take some pictures," I insisted.

So off went my pack and out came the K-7 and the two lenses that I had with me - the DA 12-24 F4 and the DA 55-300 F4-5.8. The camera was on Aperture Priority (Av), and I remembered reading at the time that for landscape shots, a slightly closed down aperture is best. So that was what I did and set it to F9, ISO 100, and letting the camera take care of the rest. The following image was captured: 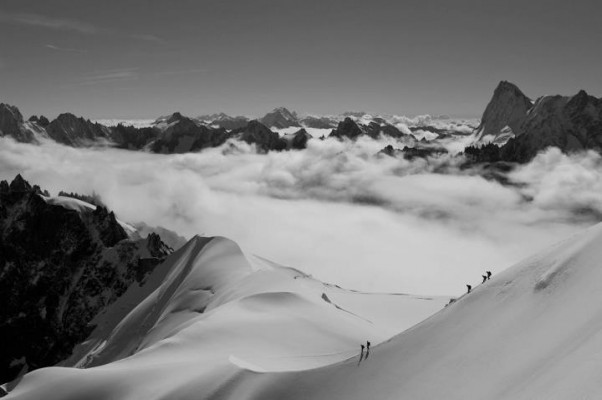 It of course was taken in color, however this was in the summer of 2011, and it wasn't until 2013 that I learned how to properly catalogue and back up my images. In fact, it was a deliberate part of my workflow at the time to delete the RAW's after running the batch through Lightroom (DON'T DO THAT). Regarding the initial processing, B/W conversion was pretty much it as I didn't know how to really enhance a photo at the time.

I revisted the image, opening the .jpg version I had (thankfully full resolution) in Adobe Lightroom and then Topaz Clarity, the latter being where most of the "punch" came from. (Same image as at the very top, clicking on the image below will open a larger version):

Everyone has heard Henri Cartier-Bresson's famous saying that "Your first 10,000 photographs are your worst." Usually I'd agree, especially considering how much more I know about photography today than I did back then. But sometimes everything lines up and you just get lucky with being at the right place at the right time. I sure did. 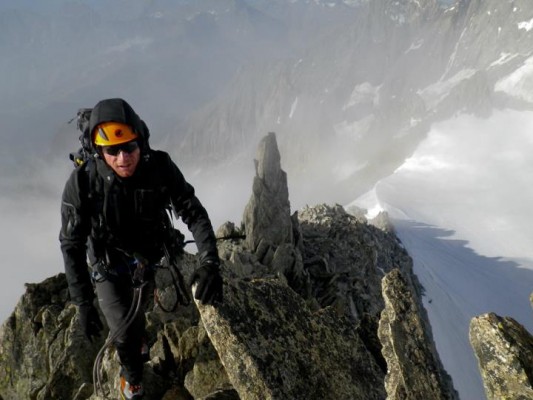 Once again, I cannot thank you all enough for the support and ultimately voting for my image as the winner of the "Black and White" monthly contest. I truly appreciate it, and am humbled by it.

Here are some other images that I took that morning before following in the footsteps of the mountaineers pictured to spend the rest of the day on the glacier. The following three were taken with the K-7 and the DA 55-300, and all underwent the same "update" process using their .jpg's because I regrettably don't have the RAW's anymore.

Clicking on any image below will open a larger version. 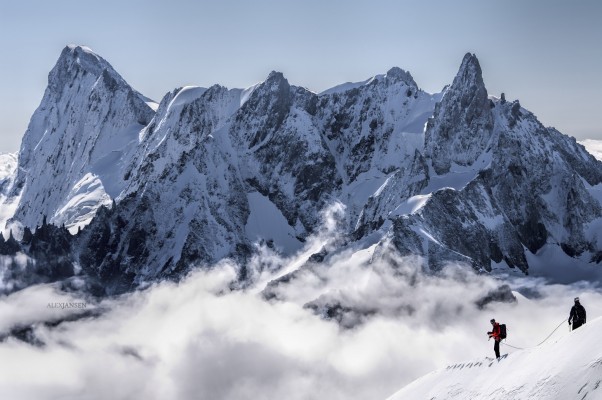 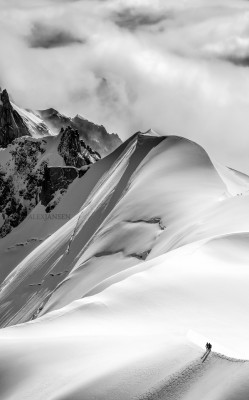 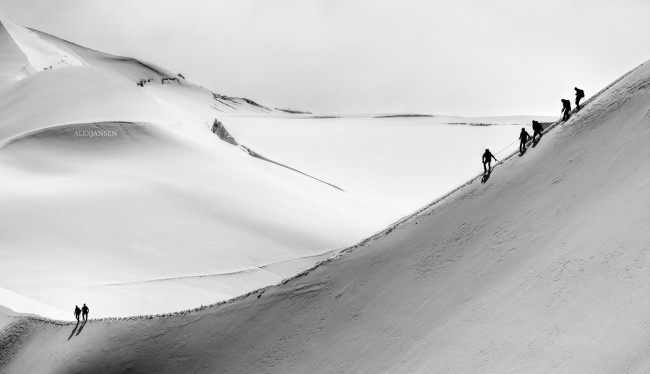