The Making of "Asio flammeus" 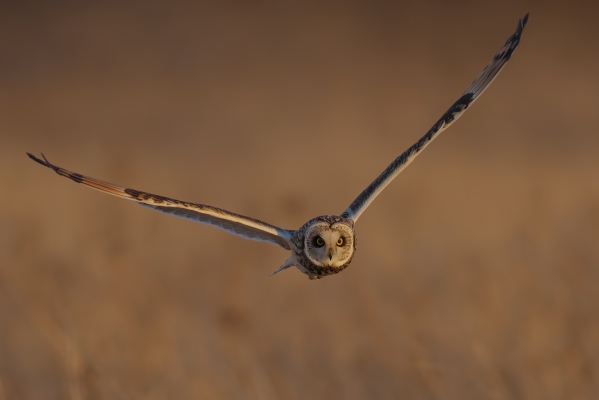 First of all I want to say a big “THANK YOU!” - not only to those who nominated/voted for my photo, but to all PENTAXIANs on this amazing forum!

Generally weather conditions and light are the most important aspects of wildlife photography. Light should be in taste and wind has to be limited for example; this holds of course for all other outdoor photography as well. But when photographing such beauties in flight, there are some additional things that affect the result or must be taken into account to achieve the best shot.

The effect of different inputs/factors actually affects almost everything in the image in the end, that’s why I needed to think:

The short-eared owl is one of the day active owls and mostly hunts early morning or late afternoon.

Early morning hours during the beginning of spring season up here in Sweden are usually misty and the light is therefore not so efficient for detail-rich wildlife photography. Because of this I decided instead to give it a try during the period of the golden hour in the afternoon.

Finding the Most Convenient Spot

My first days on location are always observation days where I have to find the best place for my photo shoot.

Finding the best spot in such a large area [almost 1.8 km² (180 ha)] is a real deal! But at the end of the day I succeeded in determining the owl's flight path and I hid myself strategically in a spot at the edge of its activity area. 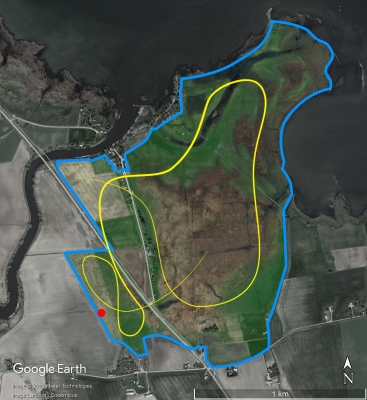 I had waited for 2-3 hours during each visit over 4 days up until sunset and the owl passed 3 times on the 1st day, just once on the 2nd day, twice on the 3rd day, and only once again on the 4th day at times of the day which were relatively close.

The short-eared owl is not kind of a super-fast flying bird during vole hunting, but it is somewhat tricky to track them when watching through the viewfinder; especially as they come closer.

In addition, they fly at quite a low level just above the short vegetation which makes it difficult to catch then  in focus because the auto-focus system gets tricked by the vegetation.

On the last day I did not want to miss the opportunity of a good shot when the owl did those limited passes and I took a quick decision when it turned and was facing towards me. I stood up suddenly and took this shot with its lovely eye contact. In this way I also had the chance to use the color of the pasture as a solid colored smooth background.

As a side note: From the 28th March to 1st April the weather was dark and rainy. It was also reported that it would be the same again on the 4th of April. That kind of weather is no good for my type of photography.

In the field I used the following:

The camera was in TAv mode with AF-C (Hold AF: OFF).  I did not use continuous shooting and all photos were taken by handheld shooting (4 days, 55 shots in total).

The photo is cropped slightly and I did these steps during post processing: